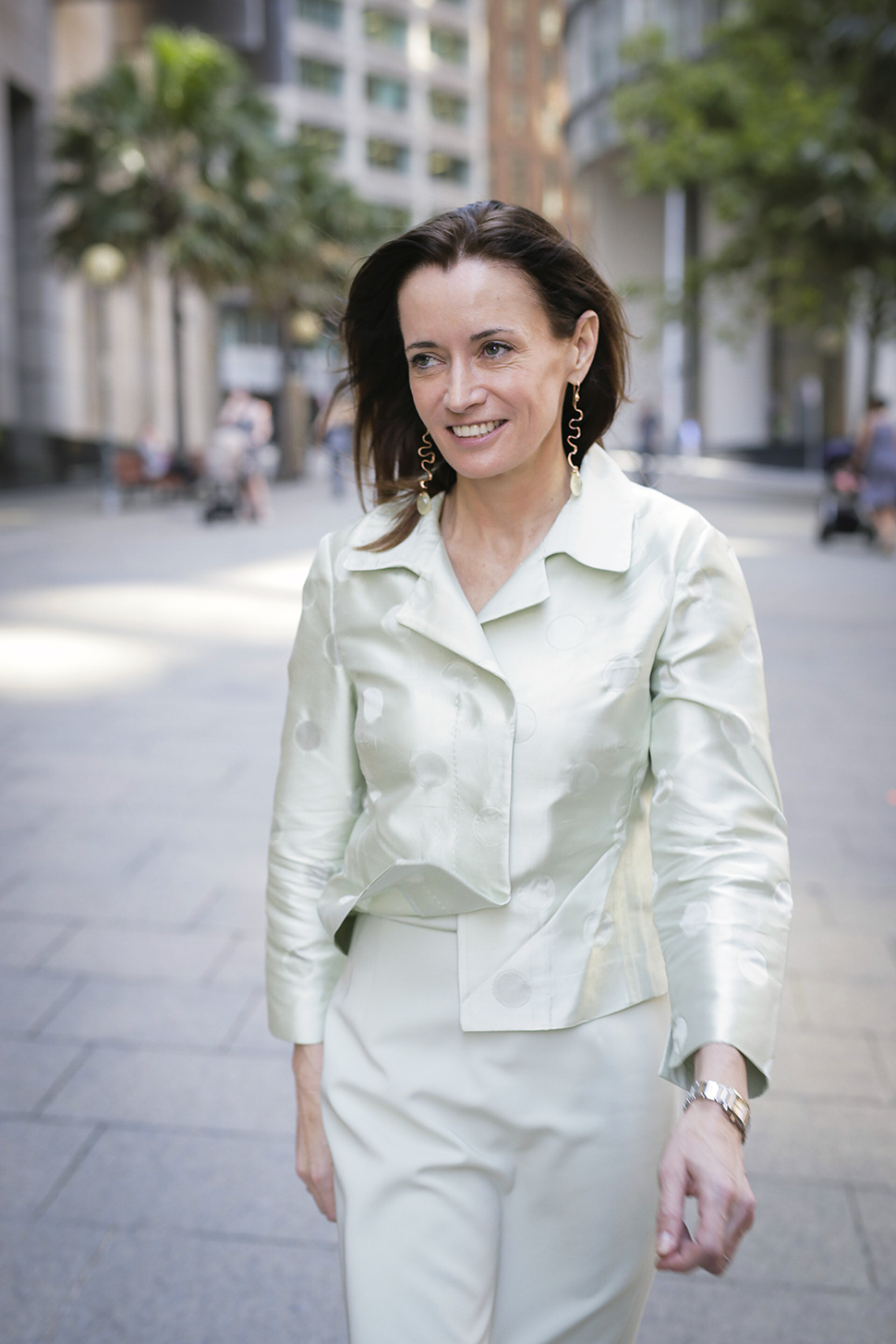 Think of it as being a distributed ledger. The blockchain is “nothing more than an enhancement” on present record-keeping systems, Masters says, estimating that the technology could eliminate billions of dollars worth of redundancy, latency, and error costs in the post-trade processing of assets like bonds and equities. Regulators will like, she adds, that blockchain-based transactions can achieve greater transparency and traceability—an “immutable audit trail,” as Masters’ puts it in her distinctly English accent.

At the core of these potential savings lays a shared infrastructure. At present each financial institution maintains its own separate trading logs—a massive duplication of time and effort, and an expensive headache whenever any inconsistency arises. As a result, transactions today take as long as three days to settle. Compare that to the possibility of minutes on a common backend system.

Digital Asset’s aspirations have attracted no shortage of attention in the banking world. The company has raised $60 million from 15 of the world’s biggest financial and technology firms—including JPMorgan, Citibank (C), Goldman Sachs (GS), and IBM (IBM)—and has already begun building a revamped settlement system for the Australian stock exchange. The firm has also initiated a trial program at the workplace of Masters’ former employer, JPMorgan, where she spent a 27-year-career, eventually heading global commodities until the bank sold the division and she left in 2014.

Despite cheerleading on behalf of the blockchain, Masters, who rides horses in her spare time, has no sentimentality about Bitcoin itself. Whether any particular digital money gains broad acceptance is “largely irrelevant” to the company’s plans, she says. Bitcoin happens to be one use-case for the technology, but the blockchain is a separate thing altogether. “It is actually a distinct invention with its own benefits,” she says. Her views are, in fact, consistent with those of JPMorgan CEO Jamie Dimon, who put the smack down on the cryptocurrency at Fortune’s Global Forum last year: “Not going to happen,” he said.

More on Bitcoin: “Up all night with Bitcoin hackers“

That’s a line that will no doubt provoke the ire of innumerable libertarian-leaning Bitcoin loyalists. While most adherents to the blockchain believe its author—the mysterious presumed inventor (or group of inventors) named Satoshi Nakamoto—concocted it to circumvent governments, enterprising entrepreneurs and investors have lately been attempting to adapt the technology to suit to the financial sector’s needs. “You have to abide by the regulations that the regulators insist on,” Masters says. “This is not a philosophical divide, it’s a fact of life.”

Masters, for one, is not trying to bring down the system; she’s trying to improve it. Digital Asset is one of about a dozen blockchain-brandishing firms seeking to overhaul the slow and laborious way the financial world transacts. Others include Chain, a San Francisco-based startup that has partnered with Nasdaq, and R3, a software developer that counts 40 banks as partners. In the face of competition, Masters remains undaunted.

“Our firm exists to build what will be the common fabric or infrastructure,” she says.