Bitcoin, Satoshi Nakamoto, and the Enduring Mysteries of Authorship 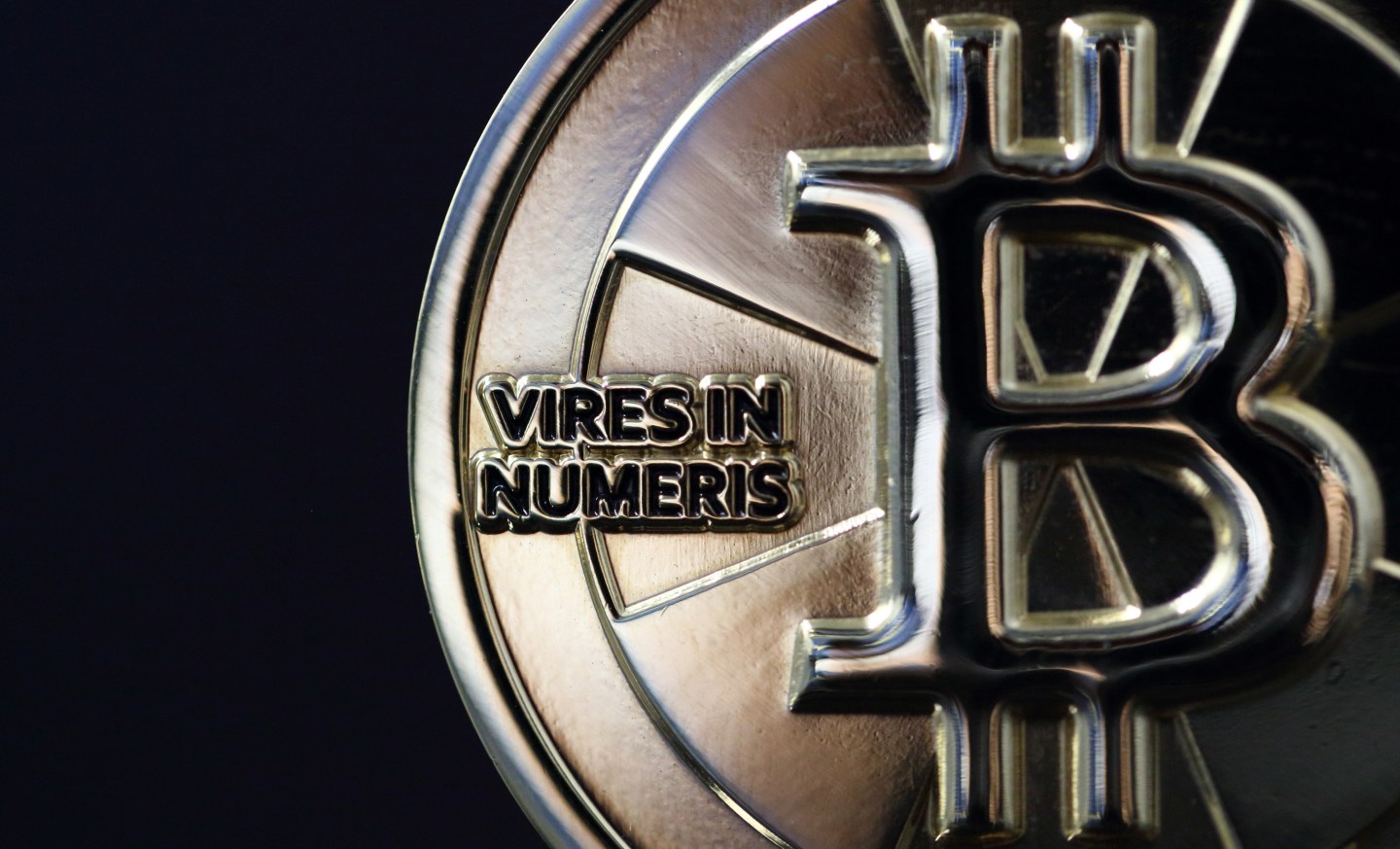 A twenty-five bitcoin is arranged for a photograph in Tokyo, Japan, on Thursday, April 25, 2013. The digital currency, which carries the unofficial ticker symbol of BTC, was unveiled in 2009 by an unidentified programmer, or group of programmers, under the name of Satoshi Nakamoto. Supply is capped at 21 million Bitcoins and managed by a software algorithm embedded into the digital currency?s design, rather than a monetary authority such as a central bank. Photographer: Tomohiro Ohsumi/Bloomberg via Getty Images
Tomohiro Ohsumi—Bloomberg Bloomberg via Getty Images

A mysterious package arrived at my desk on Thursday morning.

Inside: a slim pamphlet with day-glo pink type set on a vibrant—almost radioactive—mint green cover. A tiny (and exceptionally fragile) llama figurine accompanied a note. The booklet, I learned, was an excerpt of a literary work that’s been making the rounds through tech and media circles. Iterating Grace, it’s called. Author unknown.

The package arrived the morning after Wired and Gizmodo published dual exposés purporting to unmask the alleged mastermind behind the Bitcoin cryptocurrency. Their “outed” architect? A dubious and barely known Australian man named Craig Wright, who—incomprehensibly to Bitcoin backers—had boasted online that he had ties to governments and intelligence agencies. The legendarily pseudonymous Satoshi Nakamoto, who originally conceived of the digital money, was a suit all along. Go figure.

Reporters everywhere—hot on the bloke’s scent—proceeded to debunk the stories, and to “dox” the newly named suspect, airing and questioning the details of his life for all to see. Every bit of corroborating evidence imploded. The man’s blog posts that suggested he was the creator? Counterfeit, amended ex post facto. (Wired had distinctly provided for the possibility that the epiphany might be a scam, and pointed out the inconsistencies pertaining to Wright’s personal blog. Gizmodo‘s investigation was, like Wired‘s, based primarily on leaked or hacked documents sent by an unidentified source—and it leaned heavily on interviews that were suggestive though inconclusive.) The man’s public encryption key, a code that can prove one’s authenticity? Likely forged and backdated. His PhD? Never earned. His supercomputer? Disputed, unconfirmed. As far as anyone can tell, the whole affair was likely an elaborate hoax.

Computer security researchers are perpetually engaged in trying to find out who is responsible for certain cyberattacks: attribution. Who hacked whom, and why? Identity poses problems in cyberspace. Wily attackers cover their tracks, adopt disguises, and slink away unharmed. At this same time last year, you might recall, the whole world was captivated by the hunt to determine whether North Korea-sponsored hackers really did digitally decimate Sony Pictures Entertainment. (Probably did.)

Maybe Satoshi’s identity matters. Maybe it doesn’t. For most of us, though, the mystery of authorship always enthralls.

Anyway, I’m on holiday through the rest of the year. I plan to read books—maybe I’ll start with the anonymously concocted Iterating Grace. In the meantime, I leave you in the hands of my very capable colleagues. They’ll handle Cyber Saturday for the next few weeks. See you in 2016, dear readers.

Follow Robert Hackett on Twitter at @rhhackett, or keep up with his cybersecurity, technology, and business coverage here.

For more about hacking, watch this Fortune video.