Conan O’Brien on Women in Comedy and Life Lessons Learned 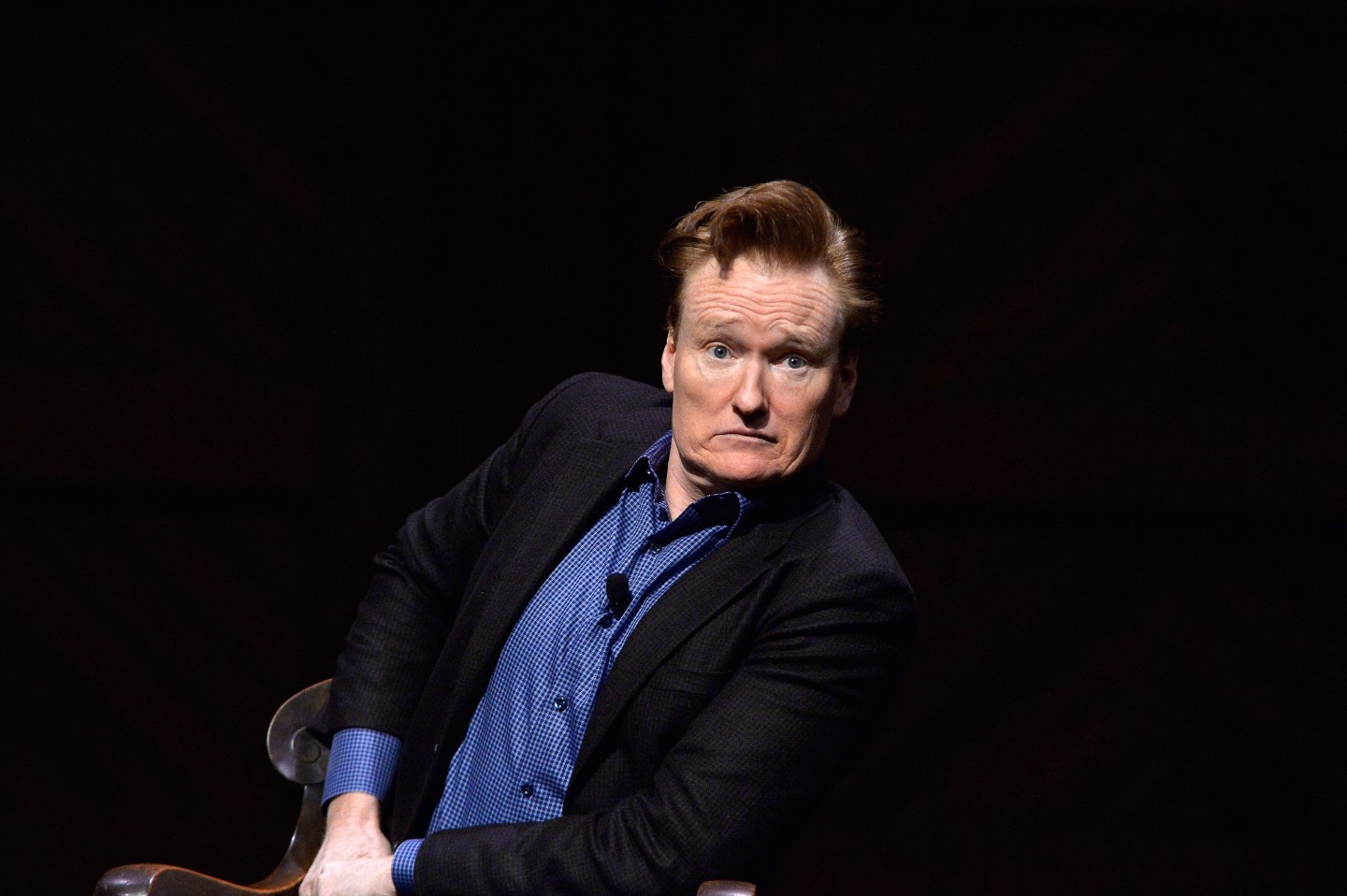 There is no woman anchoring a late-night comedy show, but that doesn’t mean women comedians haven’t made huge strides in the past decade, according to Conan O’Brien.

“Diversity is established in daytime,” said the late night TV host and comedian. “There’ s no difference between Ellen Degeneres and the late night hosts,” he said. Degeneres could host the Tonight Show or Late Night or any show. “I think the Berlin Wall is coming down,” O’Brien said in response to a question from the audience at a Harvard University event on Friday.

Back when O’Brien’s NBC show hired writers, “maybe five or six” of 300 resumes came from women. One reason was that when guys did outrageous things, it was funny, but when women did it was: “hey, settle down,” he said.

But that has changed, he said citing the success of such comic stars as Tina Fey, Amy Poehler, Amy Schumer, and Daily Show alumnus Samantha Bee, whose new show on TBS (TWX) debuted this week.

“There is a huge appetite and market for funny women,” O’Brien said. And unlike 30 or 40 years ago, funny women are not being fetishized, he said, the way, say Joan Rivers was back in that era. “Funny women are now accepted,” he maintained.

Don’t equate success with confidence. Just because someone has succeeded doesn’t mean he or she has figured things out. “Insecurity doesn’t go away,” O’Brien said. In fact, it’s a motivator.

Read. O’Brien is a voracious consumer of non-fiction—tomes on World War I, Abraham Lincoln, and Winston Churchill. “I can’t point to how I use it in comedy, but I do. The essence is that no one really knows what they’re doing.”

Be humble. “We live in a bragging culture that I’m completely opposed to in every way.” Self-deprecation is a great way to break down walls; it’s the new diplomacy, he said. “Most of my humor is about myself.”

Humor isn’t the best medicine. “I start with the meds, the scans, the surgery, and then it’s time for the chuckles to begin.”

Be nice. “Day to day, how you conduct yourself is important,” he noted. “There’s something about being a good person–word gets out.” Interns who showed up and did a really good job got promoted on his shows, not
“the guy who jumped in the elevator with me with a latte.”

Skills matter. “But hard work is more important than talent,” he said. You can’t quantify talent, but people who work hard and are fun to work with have a lot easier time getting jobs even in a bad economy, he said.