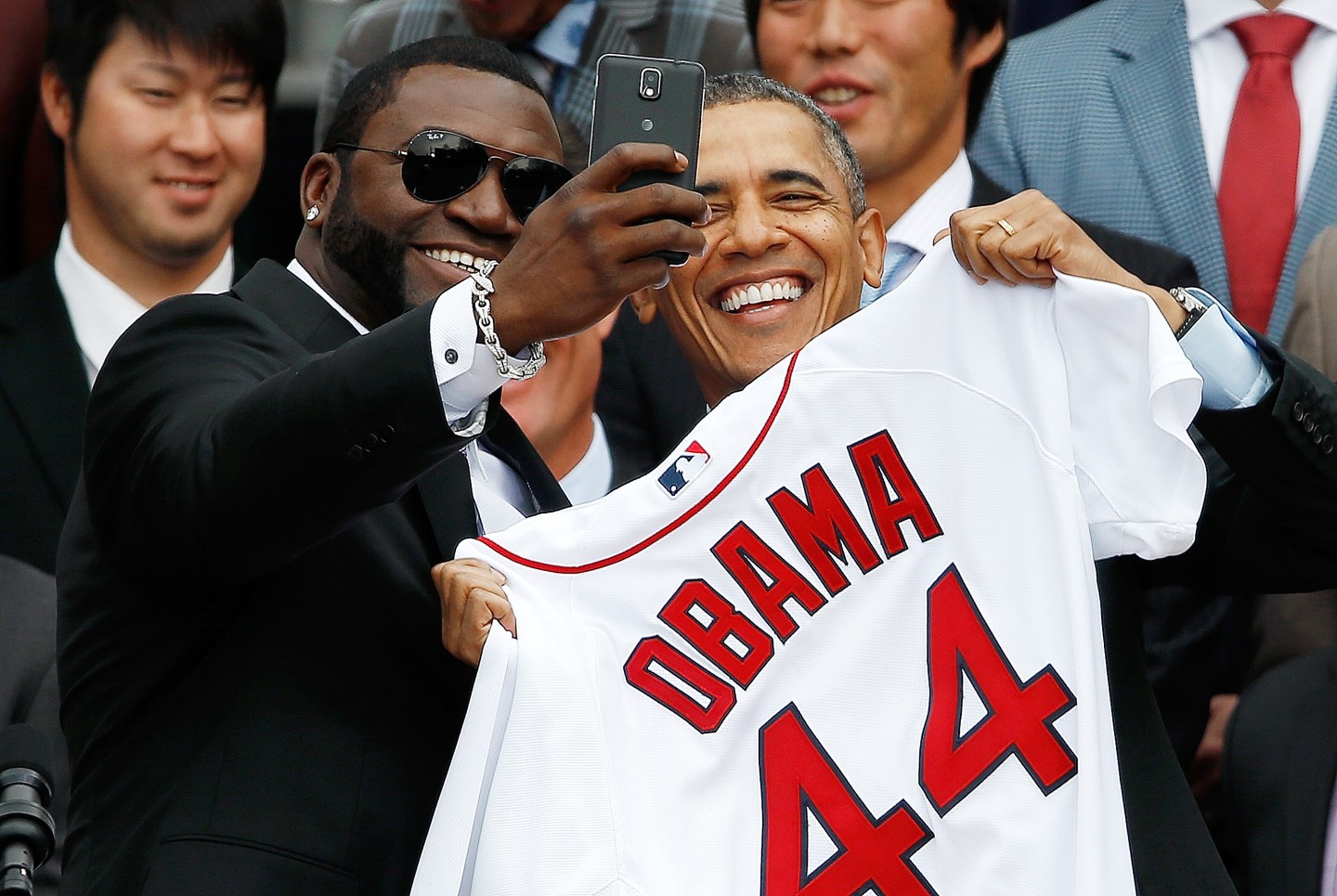 Speaking to supporters at the Hoogland Center for the Arts in Springfield, Ill. on Wednesday, the President started by telling audience members that he would not take selfies after the speech.

“No selfies,” said the President, whose comments were caught on video by BuzzFeed News. “I want to tell you ahead of time.”

But the President didn’t stop there. Joking that if selfies had been popular when he was campaigning for eight years ago, he might have thought better of seeking the job.

“This is one thing that changed, by the way,” he said. “If we had had smartphones when I ran for president, I’m not sure I would’ve run. Folks just have their phones; they won’t shake my hand anymore. It’s like, ‘Hey! I’m here! Live! In front of you!'”

Indeed, smartphones were not yet the selfie machines in 2008 that they are today. For instance, the Apple iPhone didn’t even feature a front-facing camera until its fourth-generation was launched in June 2010.

These days, it’s nearly impossible to find a smartphone that doesn’t come with one. And now people take selfies everywhere: at events, with celebrities, and even with the President of the United States.

As a result of this technological change, the world of politics has transformed from shaking hands and kissing babies to smiling insincerely and flashing peace signs.

But there are more serious reasons for not taking selfies. In 2015, over a dozen people died in the pursuit of snapping selfies. For instance, one man was gored to death while taking a photo as he ran with bulls in Spain.

Some organizations have even considered banning the facial photos due to the disruption they cause. Last year in Costa Rica, for example, so many people were snapping selfies that it reportedly disrupted the annual breeding and nesting of sea turtles. Wildlife authorities subsequently launched an investigation into the matter.

For more, read: Selfies are dangerous, stupid, and getting banned

Still, that hasn’t stopped the photo burst. Many handset makers, including Samsung and HTC, market smartphones that they say are selfie-friendly. And it’s unlikely that any smartphone launch in the coming years will come without a front-facing, selfie-accommodating camera.

For his part, President Obama’s record on selfies is a bit spotty. Indeed, in the world of politics, he may be characterized as a photo “flip-flopper.”

For more on selfies, watch:

He famously used a selfie stick to promote the Affordable Care Act in 2015. And though he did take one with Bear Grylls, host of TV show Running Wild with Bear Grylls, when he was in Alaska last year, the President snubbed selfies during State of the Union speech last month.

The President was also caught up in a selfie scandal in 2014, when baseball player David Ortiz snapped a quick photo of himself with the Commander-in-Chief. The trouble was that the photo was later determined to be part of a marketing ploy aimed at helping Samsung improve its selfie polling numbers. Needless to say, the White House was displeased.

Looking ahead, though, it appears the President’s message is clear: No new selfies.