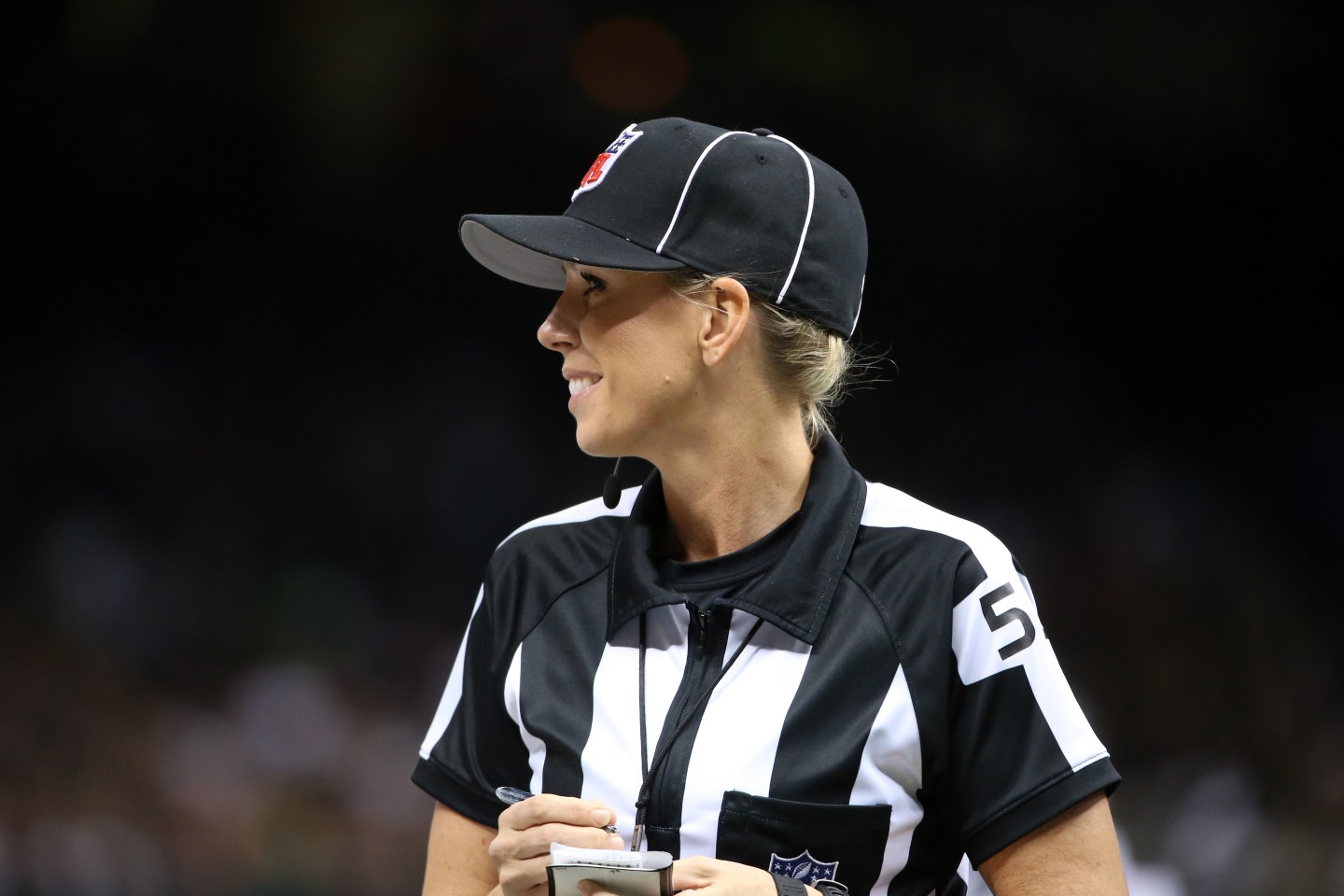 Super Bowl Sunday is quickly approaching, and if it is to follow the trend of the past six broadcasts, it will be the most-watched televised event among American women of all time. Last year’s Super Bowl drew 54 million female viewers—or more than the 2015 Academy Awards and Grammy Awards combined.

And women aren’t just watching from the sidelines: there are female football coaches, officials, executives, team owners, financial officers…the list goes on and on and it’s likely to get even longer, given the NFL’s recent commitment to hire more women.

Here are just ten of the women that you need to watch for, in no particular order:

Kathryn Smith of the Buffalo Bills NFL football team in 2015. Photograph by the Associated Press.

Kathryn Smith made history last month when she became the NFL’s first full-time female assistant. Before landing the job, Smith worked as the administrative assistant to Bills head coach Rex Ryan last season and in 2014 when both were with the New York Jets. Smith follows in the footsteps of Jen Welter, the first woman to ever hold a coaching position in the NFL, though on a temporary basis.

An 11-year veteran of PepsiCo (PEP), Dawn Hudson was tasked by NFL commissioner Roger Goodell with helping the league fix its battered image after a slew of PR crises, including domestic violence controversies, brain injuries on the field, and last year’s Deflategate scandal.

Betsy Nabel became the NFL’s first-ever chief medical advisor in 2015. In addition to being a renowned cardiologist and the president of Brigham and Women’s Hospital in Boston, she’s a professor of medicine at Harvard Medical School. Nabel participates on each of the NFL’s medical advisory committees and advises the league on player safety and care.

Martha Firestone Ford is one of few sole female owners of an NFL team. Since her husband passed away in 2014, the 90-year-old Firestone Ford has proven to be a shrewd businesswoman and decisive leader, and has become known for her “boldness and pitch-perfect acknowledgment of the frustration Lions followers have been feeling for decades,” according to ESPN.

Anastasia Danias speaks at a news conference on the latest seizure of counterfeit sports-related merchandise leading up to Super Bowl XLVIII on January 30, 2014 in New York City. Photograph by Spencer Platt—Getty Images.

Line Judge Sarah Thomas in action during the game between the Houston Texans and the New Orleans Saints at the Mercedes-Benz Superdome on August 30, 2015 in New Orleans, Louisiana. Photograph by Chris Graythen—Getty Images.

Last April, Sarah Thomas became the first ever full-time female official hired to the NFL. Thomas began her officiating career in high school and after a stint in pharmaceuticals began working for Conference USA, a collegiate sports conference of Southern and Midwestern schools. She was the first woman to officiate a bowl game in 2009.

In addition to overseeing all things brand-related for the Dallas Cowboys, Charlotte Jones Anderson is the first female chair of the NFL Foundation, the league’s charity arm. She spearheads the NFL efforts in youth football participation, health and safety, and community outreach.

Cynthia Hogan in Washington, D.C. on October 23, 2014. Photograph by The Washington Post via Getty Images.

A former aide to Vice President Joe Biden, Cynthia Hogan is now the NFL’s top lobbyist and is the driving force behind the league’s public policy and legislative initiatives. Most recently, Hogan has been embroiled in the fantasy football scandal, which erupted this fall and has since led to a Congressional investigation.

Michelle McKenna-Doyle. Courtesy of the NFL.

The job of Michelle McKenna-Doyle is one that most football fans probably don’t think twice about, but the CIO’s influence is palpable both on the field and on the sidelines. McKenna-Doyle is responsible for things like outfitting Superbowl stadiums with high-speed WiFi and modernizing the ways in which coaches and players communicate.

Anna Isaacson. Courtesy of the NFL.

Anna Isaacson is the NFL’s first-ever head of social responsibility, a role that was created by commissioner Roger Goodell in 2014. She currently leads the league’s social responsibility efforts, most notably working to combat domestic violence and sexual assault issues.