Will appointing the first female ref help clean up the NFL’s reputation? 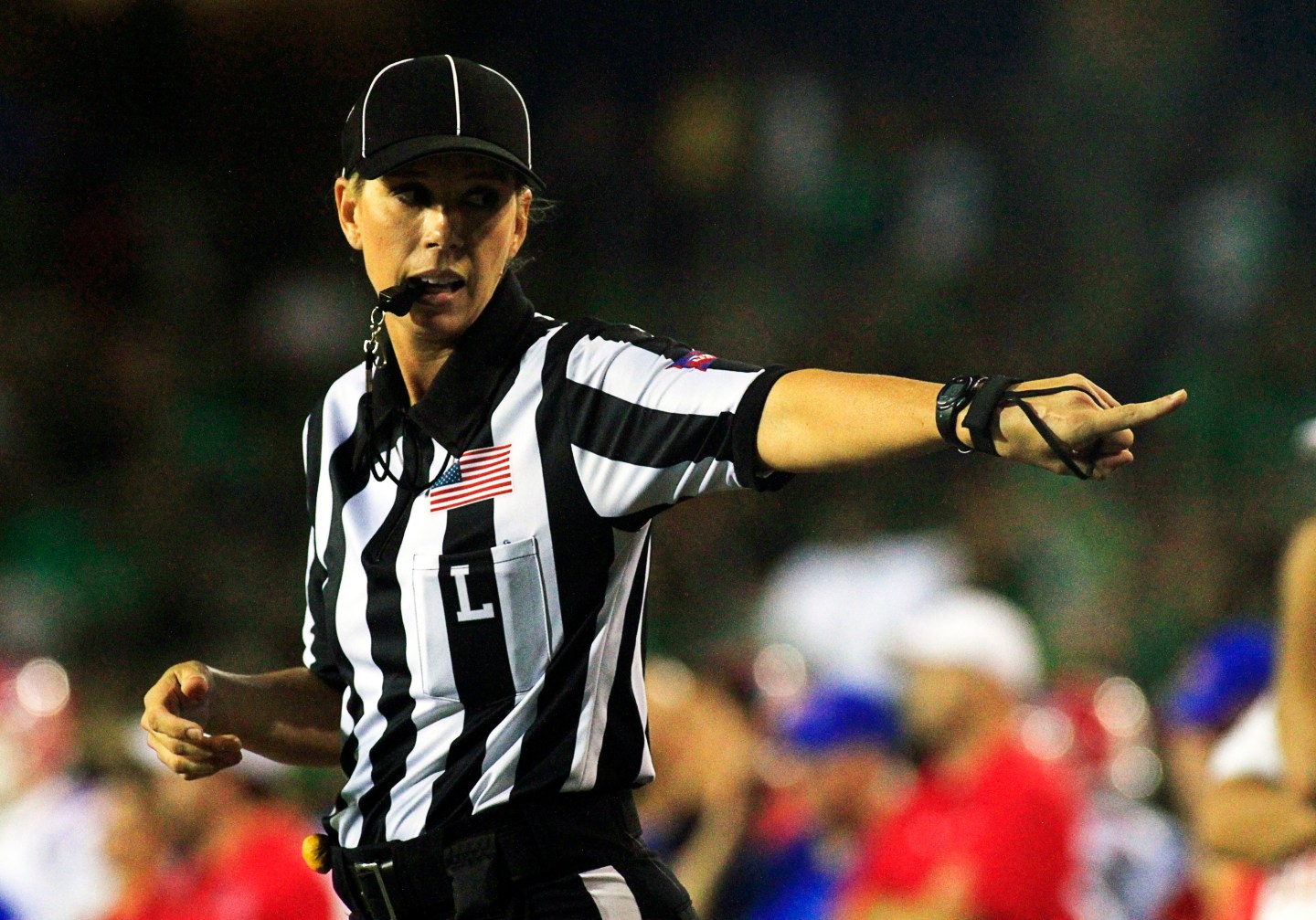 On Wednesday, the swirl of rumors was confirmed: The NFL has hired its first ever full-time female official. Sarah Thomas, age 42, will be an NFL line judge in the 2015 season.

It’s impossible to see the NFL make any high-profile moves involving women without thinking about last year’s Ray Rice domestic violence scandal. In the wake of that disaster, influential league figures, including commissioner Roger Goodell, acknowledged that the NFL has a dismal track record when it comes to hiring women. Indeed, a score card released by the Institute for Diversity and Ethics in Sports in late 2014 gave the league a C-minus for gender hiring practices. That’s the worst score given to any pro sports league.

Former Fortune writer Caroline Fairchild weighed in on these moves last year, saying that to truly create change, the NFL must move women into key operational jobs, such as presidents, general managers and coaches.

While I don’t argue with that point, there is something to be said for having a female official out there on the field. Visibility is important. For the average fan, watching Thomas do her job will be meaningful in a way that no behind-the-scenes roll could be. And what position carries more authority? As a line judge, Thomas will literally be calling the shots.

On a conference call Wednesday, NFL vice president of officiating Dean Blandino was asked whether Thomas’ appointment is related to the league’s attempt to bounce back from the Rice scandal. “If you look at Sarah’s background, this is not something that happened overnight,” he said. “For the timing of it, we feel that she’s ready to come into the league, regardless of everything else that’s happening. She’s earned the right.”

Thomas is clearly uncomfortable with being held up as a pioneer. On the Wednesday call, she said, “I do honor the fact that a lot of people consider me a trail blazer…. It’s just that the guys don’t think of me as a female, they want me to be just like them–just be an official.”

She’s been officiating for nearly two decades, starting with high school games, then working her way up at the NCAA. Before getting called up into the big leagues, Thomas spent the last two years as a member of the NFL’s officiating development program. Being a football referee isn’t a full-time job, so Thomas, a mom of three, also works as a pharmaceutical sales rep.

But while hiring a female official is an important step, even Thomas’ success story points to just how much work the NFL has left to do. When she joined the NCAA, she says, she was instructed to tuck her long hair under her hat when officiating. The league was concerned that even something as minor as a visible ponytail could trigger sexist stereotypes. Now, Thomas says she’s gotten used to tucking up her hair, and plans to continue when she starts at the NFL. “It helps me blend in,” she says.