Meet the woman trying to clean up the NFL’s image 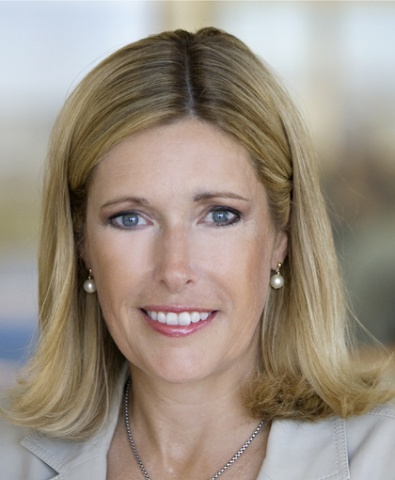 Courtesy of the NFL

Dawn Hudson was working in her home office in Bronxville, N.Y., last August when her cell phone rang and up popped the name of a man she hadn’t heard from in five years: Roger Goodell. Not one for small talk, the NFL Commissioner surprised Hudson with a big-league offer: to be the NFL’s new chief marketing officer.

At first discounting herself as a candidate, she told Goodell she’d help him find someone else for the job. “That night I couldn’t stop thinking about it,” she recalls. “I did a 180.”

You have to give Hudson, a former PepsiCo (PEP) executive who earned her stripes fighting the cola wars, credit for stepping right in it—the NFL’s controversies around domestic violence, brain injuries on the field, and the latest: Deflategate, involving charges that the league’s most marketable quarterback, Tom Brady, and his coach were involved in the intentional deflating of footballs.

“My philosophy is that you can learn the most and contribute the most when there’s a crisis,” says Hudson, who started as CMO in mid-October and oversees not only the NFL’s marketing but also its events, including Super Bowl XLIX this Sunday. “It’s easier to drive change when things are in flux than when things are going well.”

Hudson, 57, spent 11 years at PepsiCo and got to know Goodell before he became Commissioner, back in 2002 when Pepsi replaced Coke as the NFL’s official soft-drink sponsor. In 2006, when Indra Nooyi was appointed PepsiCo’s CEO, Hudson was president and CEO of Pepsi-Cola North America. The following year, Nooyi restructured senior management and squeezed Hudson out of her job.

The ouster hurt at the time, but Hudson now takes it in stride. “She did me a favor,” she says about her former boss, explaining that Nooyi “allowed me to grow again. I should have left Pepsi two years earlier because the (soft drink) business had gone into decline.”

With two daughters, who are now 24 and 17, Hudson went on to join Boston-based strategic advisory firm Parthenon Group, where she had a nice setup: She worked from home a couple of days a week, enjoyed flexible hours, and had a vice chairman title. She had built and was in charge of Parthenon’s consumer practice when the firm’s owners decided to sell to EY (formerly Ernst & Young).

Hudson was excited to move into a full-time senior role at EY, but then, she couldn’t resist the Commissioner’s call. “I love sports,” she says. A serious athlete since her college days at Dartmouth, she plays competitive tennis, paddle tennis, and golf. A few years ago, she served as chairman of the LPGA, though she admits that when she watches golf or baseball on TV, “I nap.”

What’s her favorite sport? “Honestly, it’s football,” she says, while declining to name her favorite team. She grew up a New England Patriots fan in Boston, rooted for the Bears when she headed ad agency DMB&B in Chicago. Her husband, Bruce, is a New York Giants fan.

As a brand-builder, she’s excited about the NFL because “there’s a passion around sports that connects to people more fervently than consumer-packaged-goods brands do,” she says. The Ray Rice imbroglio and other controversies have not deflated viewership. NFL games accounted for all of the top 20 and 45 of the 50 most-watched TV shows last fall, according to Nielsen. Meanwhile, a Harris poll of 2,255 U.S. adults in December found that pro football is still America’s favorite sport for 32% of sports fans—though down from 35% a year earlier. (Baseball comes in second, at 16%, up from 14%.)

Rebuilding the NFL’s image is Hudson’s priority. The league has devoted commercial time during Sunday’s Super Bowl to broadcast a spot from an anti-domestic violence group called No More. Meanwhile, she says, the right thing to do is, um, keep your eye on the ball: the game of football. “We have to keep ourselves fan-centric,” she says.

So, the NFL’s own 60-second Super Bowl spot, which she worked on with Grey Advertising, is a crowd-pleasing celebration of the game, showing hundreds of fans from all corners (including unexpected fans like Internet sensation Keyboard Cat and the characters from The Lego Movie and Penguins of Madagascar) excited for the fourth quarter. Hudson also has been working with her old friends at Pepsi, which is sponsoring the halftime show starring Katy Perry.

Her career philosophy is what brought her to this job. “I’ve always believed you should go with your gut,” she says. She advises that you recognize “the emotional reaction, and then go rational. Think about what does the new opportunity present in terms of career development, challenge, and lifestyle?

Also, since everyone is so busy and stretched these days, “you have to be your own mentor,” she says. “Be self-aware: know your strengths and weaknesses.” Most importantly, Hudson adds, “Learn at all ages, because you never want to get stale.”