NFL owners have only themselves to blame for Deflategate ruling 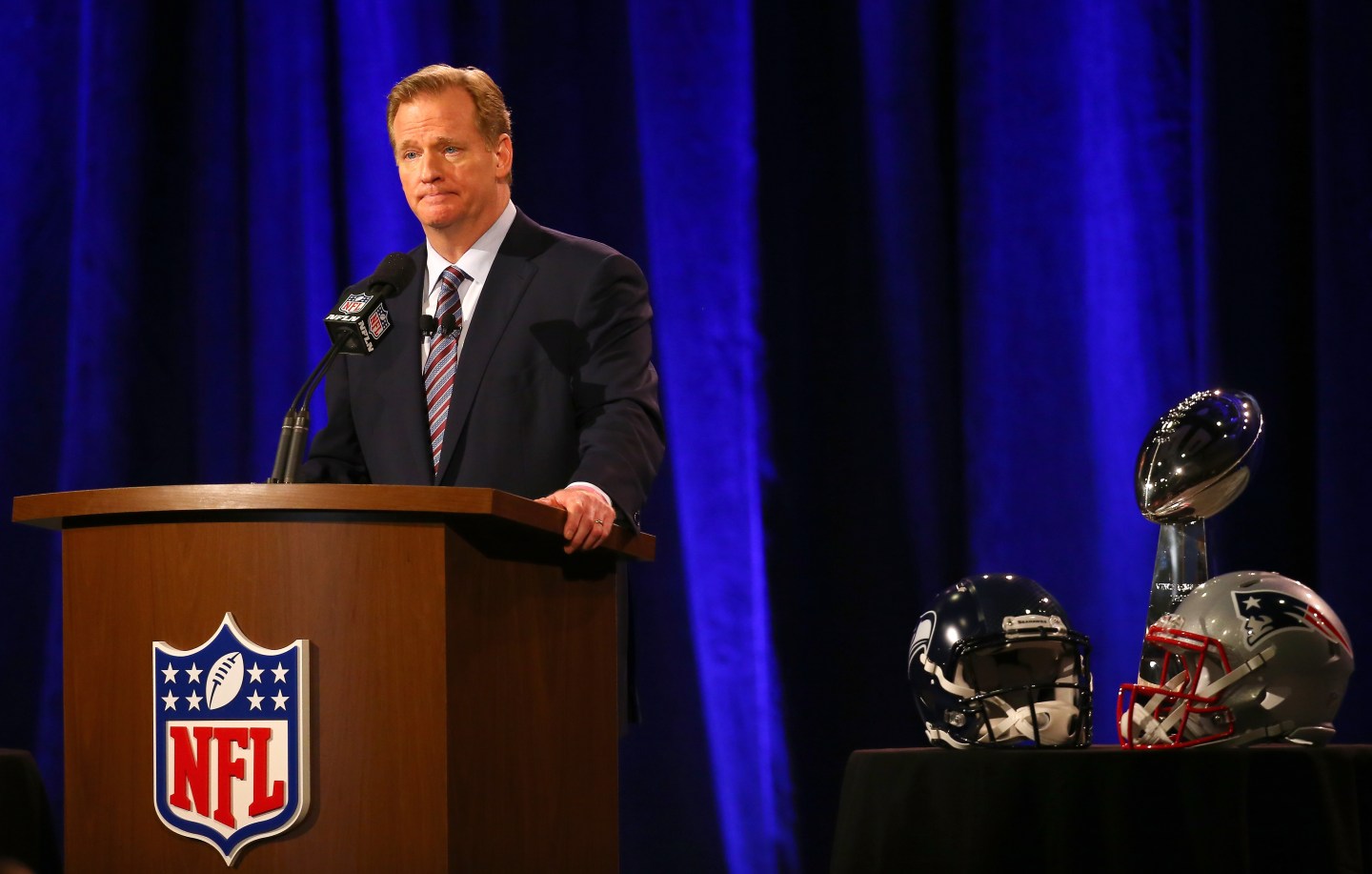 The National Football League has 31 owners, many of whom are titans of American business. They are co-founders of well-known companies like Home Depot and Microsoft, and of lesser-known corporate behemoths like Pilot Travel Centers and The Related Companies.

Individually, they each must be smart. But put them together, and they become dumber than a bird that keeps attacking its reflection in a window.

A New York judge today overturned New England Patriots quarterback Tom Brady’s four-game suspension for his role in the situation that came to be known as “Deflategate.” The judge didn’t overturn the suspension based on the underlying merits (or, better put, demerits) of the actual accusations against Brady, but rather on the ham-handed disciplinary procedure overseen by NFL Commissioner Roger Goodell.

If this sounds familiar, that may be because Goodell has been down this road before with different jurists and arbiters. Last fall, for example, a former federal judge said she didn’t believe Goodell’s version of events in the Ray Rice fiasco, before overturning his decision. And just last week, a Minnesota judge wondered aloud if Goodell even “understands that there is a [collective bargaining agreement]” in the NFL.

But none of this is really Goodell’s fault. He has proven himself unable to follow either common sense or common law on multiple occasions. The real blame lies on the NFL team owners for continuing to give Goodell the opportunity to fail. And, yes, this includes New England Patriots owner Bob Kraft, who was one of Goodell’s most ardent defenders right up until his own franchise ended up in the cross-hairs.

Could you imagine any Fortune 500 board of directors continuing to employ a CEO who keeps being found to have violated the law, particularly in labor disputes? Particularly when they sell a product that so addictive that fans will pay to watch their idols potentially become brain damaged?

This morning I’ve already heard the argument that Goodell will survive this because, come opening night, no one will still care about Deflategate. And that may be true come next Thursday.

But what about the next time that a player is accused of physical or sexual assault? (And there will be a next time—it is almost guaranteed to happen.) Or perhaps some other alleged violation of on-the-field rules? Are the owners still going to entrust Roger Goodell to oversee the disciplinary process? And, if so, won’t everyone immediately question his judgment and discount the possibility that his punishment will stick? DeflateGate may recede from the front pages for a while, but it will return.

Or, put another way, Roger Goodell has endangered the NFL’s entire disciplinary process — in which he is the central figure — for the sake of making Tom Brady take public “responsibility” for a violation of which there was no direct evidence (multiple reports suggest Brady would have accepted a shorter suspension, so long as he didn’t have to legitimize the claims against him). In other words, Goodell chose to put his own ego above the good of the league.

And the owners let him do it. In some cases, they even egged him on.

This is not the mark of smart men. The only question now is if they’ve finally realized their mistake and intend to correct it.

[Disclaimers: (1) I am a lifelong New England Patriots fan who read the entire Wells Report and was flabbergasted by Tom Brady’s original suspension. (2) I called for Roger Goodell to be fired before anyone had heard about football deflation.]