Here’s All the Signs that Ethanol’s Days Are Numbered 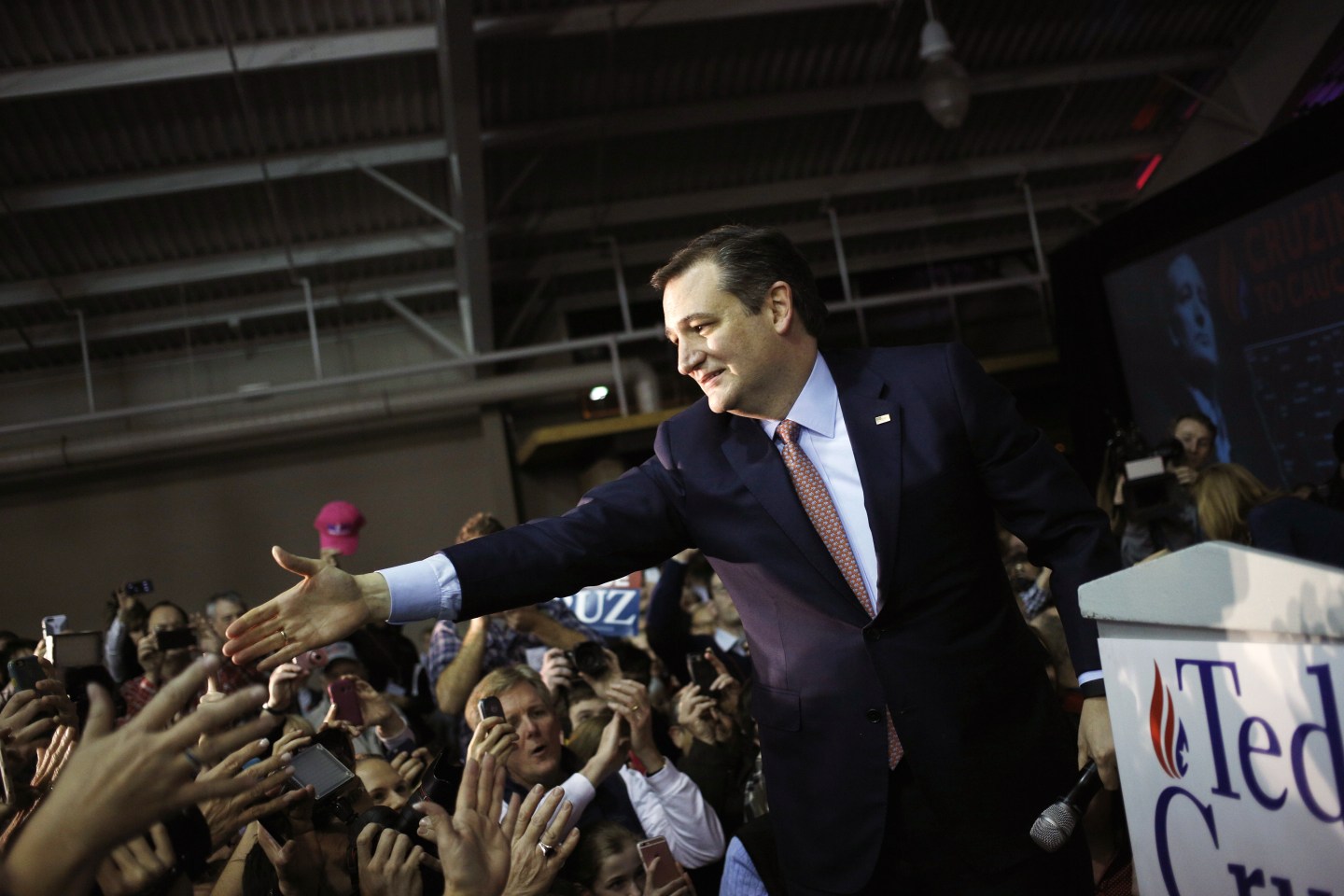 Ted Cruz’s victory in the Iowa caucus is widely — and correctly — seen as a major defeat for ethanol, the biofuel made mostly from corn. Cruz, unlike all other leading presidential candidates, adamantly opposes the Renewable Fuel Standard, the future of which is up for possible debate in the Senate.

If the RFS is rescinded or phased out, the ethanol industry would be in big trouble. And for the first time, this looks like a possibility.

The RFS was enacted in 2005 to reduce greenhouse-gas emissions. It mandates that 95% of gasoline sold in the United Stated be blended with 10% ethanol. That has been a boon to Iowan corn growers. Close to half of the corn grown in Iowa goes to ethanol production. Iowa is also the biggest corn state. So with the exception of Cruz — who comes from Texas, a huge oil state — candidates for president have in general pledged their support for the government mandate, largely because of Iowa’s status as the first state to vote for each party’s nominees.

Cruz’s victory might have changed that equation. There also are other factors working against ethanol: diving oil prices; thin margins; oversupply; questions about its environmental impact; and alternative, more-lucrative uses for corn. Even with the government mandating its use, ethanol is having a tough time of it.

This week, the Chicago-based grain giant Archer Daniels Midland (ADM), the world’s largest ethanol producer, announced that it might unload its three dry-mill corn-processing plants. That’s a sign of disinvestment in ethanol because those plants are devoted largely to ethanol production. Wet mills can be put to a larger variety of uses, including the production of food ingredients. ADM is keeping those.

In a conference call on Tuesday, Juan Luciano, ADM’s chairman and CEO, said that while the dry mills are still generating positive cash flow, the company is reviewing possible “strategic alternatives” for them. That means a possible sale. The company’s five wet mills aren’t part of the review.

The company also insisted that Cruz’s victory and the the phaseout of the RFS had nothing to do with the decision. Instead, Luciano cited sinking crude-oil prices.

It might seem counterintuitive that lower oil prices could hurt the ethanol industry. After all, the more gas that is sold, the more ethanol is sold. But thanks to the way the ethanol market is regulated, the market is convoluted, and supply and demand doesn’t necessarily directly determine price. In a nutshell: refiners earn credits for blending ethanol into gasoline. Those credits can be sold off or held from one year to the next. They are ultimately redeemed with the Environmental Protection Agency and counted toward total production obligations. The process is described in more detail here, but the bottom line is that the current price differential between oil and ethanol (or, more precisely, ethanol credits) is yielding a lower price for ethanol producers despite rising retail demand.

After peaking in 2014, margins for ethanol makers have been falling fast, especially over the past six months as crude prices have dropped and as ethanol production has spiked. ADM’s review of the dry mills is part of an effort to cut at least $1 billion in invested capital and boost earnings over the next few years.

Both wet and dry mills are used for ethanol production, but wet mills are more flexible. They are used to process corn for animal feed, corn syrup, starches, and food ingredients — products that ADM says it wants to concentrate on more heavily given their relatively higher margins and wider array of uses.

A looming question for ADM is who might buy the dry mills, into which the company has invested billions. Oil refiners, which have been moving into the biofuels business in recent years, are one possibility.

The Senate is considering taking up measures that would eliminate or phase out the ethanol mandate. Political pundits had been warning that Cruz’s opposition to them could hurt him in the Iowa caucus. His victory could give cover to other lawmakers who would like to see the mandate end, but who have been leery of crossing the corn lobby. A boom in domestic energy production also makes the possibility of ending the mandate more politically palatable. The mandate was implemented a little over a decade ago in part to help the United States wean itself off foreign energy sources.

ADM’s fourth-quarter earnings report issued on Tuesday showed continued lower margins for ethanol, and higher margins for corn-derived sweeteners and starches. Overall, adjusted earnings fell to 61 cents per share, 3 cents less than analysts had expected, and down from $1 in last year’s fourth quarter.