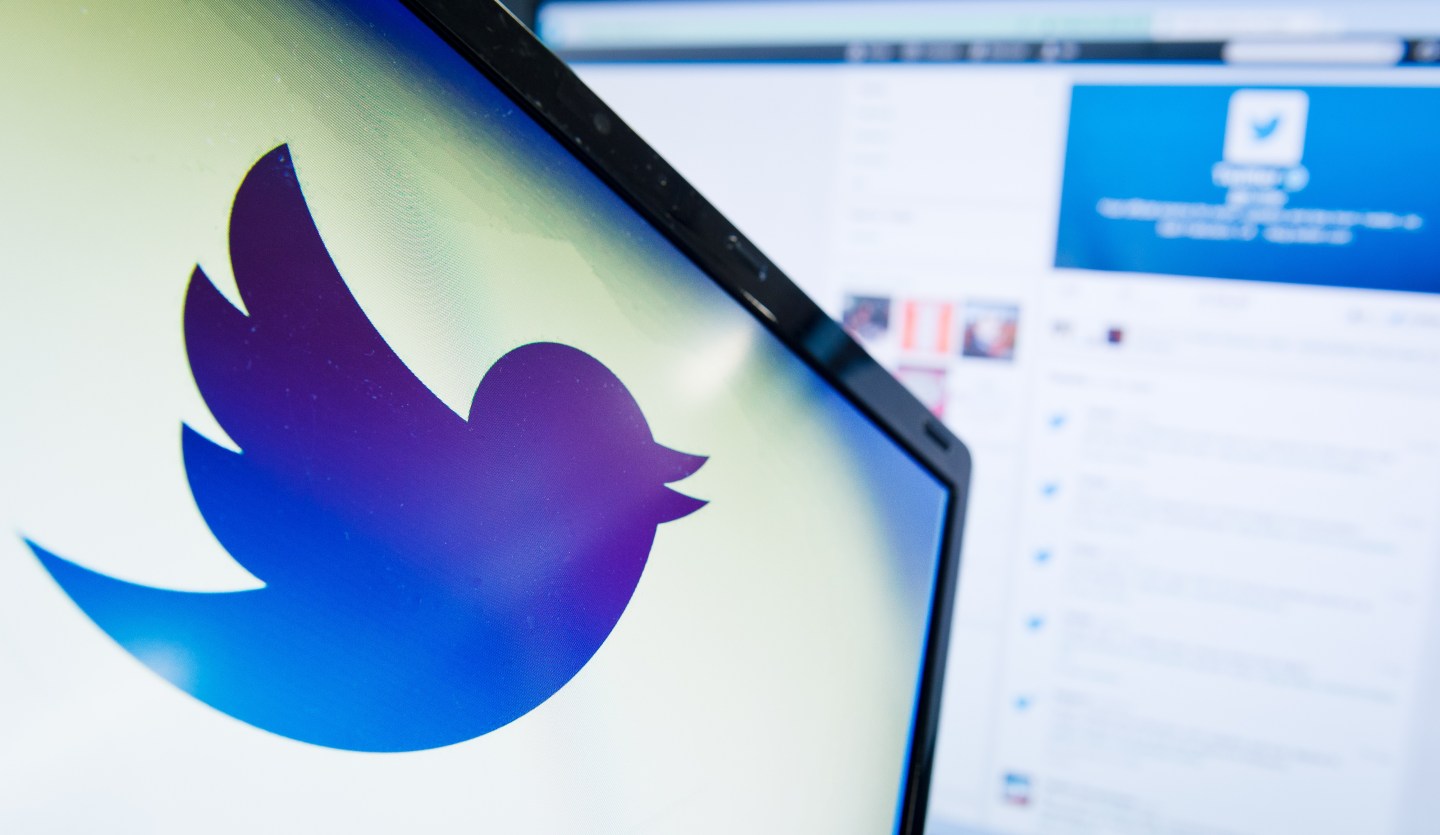 Twitter, the still popular but financially challenged microblogging service, could be acquired. But questions abound over whether (and how) that could actually happen.

Noted venture capitalist Marc Andreessen and private equity investor Silver Lake have considered acquiring at least part of Twitter, tech news site The Information has reported, citing unidentified sources. The news outlet admitted that it’s unsure whether “anything is active” and that the sources are unclear if the investors and Twitter (TWTR) are even holding discussions.

However, Fortune has since learned that Silver Lake has no interest in acquiring even a slice of Twitter, according to a source familiar with the matter.

The Information’s noted that the investors may consider a deal that would see Twitter issue new shares that investors would buy.

The rumor, while tepid, at best, has done enough to invigorate increasingly concerned Twitter investors. In mid-day trading, the company’s shares were up over 8% to $18.19. The company’s market valuation has been pushed to $11.4 billion.

Twitter, which has more than 320 million users worldwide, has watched as competing social media service leap over it in just the last few years. Growth has largely stagnated, top executives have left the company, and now CEO Jack Dorsey is left trying to fix a ship that is springing leaks.

Investors have taken notice. In the last year, its shares have fallen over 51%, and are far below their $26 price at the time of the company’s initial public offering in Nov. 2013.

For their part, Dorsey and his executive team haven’t shied away from Twitter’s troubles. The company is currently considering expanding the service’s character limit from 140 to 10,000 in an attempt to attract more users. Twitter also recently hired a new chief marketing officer, Leslie Berland, to help it achieve some of that long-sought-after growth in advertising revenue shareholders have been clamoring for.

Wedbush Securities analyst Michael Pachter believes those efforts just aren’t enough. In an interview with Fortune, he said that Twitter isn’t doing “anything” to overcome the company’s two basic challenges: adding users and rapidly growing its revenue to eventually post a profit.

For more, read: Twitter’s Stock Has Fallen to its Lowest Point Ever

“The biggest challenge is to get non-users to try the service,” he says. “Of course they can overcome this challenge, but they aren’t doing anything to address it at present, as far as I can see. They need to change their outlook and strategy in order to reinvigorate growth, and they seem focused on status quo and on their current membership, rather than on attracting a broader audience.”

His comment is timely. Just last week, Re/Code reported that Twitter had stopped showing ads to so-called “VIP” members. The move, according to the tech news site, was designed to keep celebrities and other heavy users “engaged” with Twitter. The company is ostensibly concerned that if celebrities, especially, spend more of their time on Facebook’s Instagram, for instance, Twitter’s business could be significantly damaged.

Simply put, Twitter is facing a number of risks. The company, which is set to announce its fourth-quarter earnings on Feb. 10, is in rebuild mode and facing significant competition with no signs of a profit anytime soon. Meanwhile, investors are fleeing.

For months, rumors have been swirling that Twitter could be a potential acquisition target because of its depressed stock price, but still valuable userbase. Still, no companies have come forward with a public offer, despite claims that Google (GOOG), Facebook (FB), and even Microsoft (MSFT), could be a suitable buyer (here’s a handy list from Fortune on the companies that could buy Twitter—and why they won’t).

“I don’t know what they see in it,” he says of Twitter. “It isn’t a big cash flow generator, and I don’t see their exit strategy.”

Pachter added that perhaps the investors are looking at Twitter as a possible complement to their current investment portfolio.

That said, there is some history between Andreessen and Twitter. The well-known venture capitalist was part of the company’s Series A investment round. He may want to get back in and help fix its issues.

For now, though, The Information’s report and all other speculation about a possible Twitter buyout should be taken with caution. It’s unclear whether Twitter is holding any talks of an equity sale, and both it and Silver Lake declined to comment on the latest report.

Andreessen did not immediately respond to a request for comment.