Why IBM Is Buying a Digital Marketing Agency 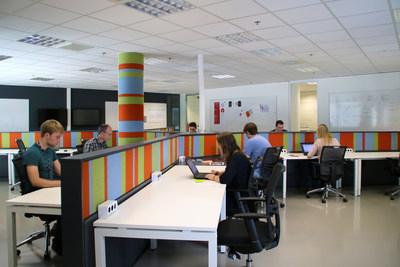 Since March 2014, IBM iX has quietly doubled its workforce to 10,000 specialists in everything from e-commerce advice to mobile development—including 1,000 creative design professionals branding experts. IBM iX’s hiring spree has been fueled by the company’s strategic partnerships with Apple (with which it is building industry specific mobile apps), Box (BOX) (content management and workflow), Facebook (FB) (marketing intelligence), and Twitter (TWTR) (data analytics).

And though it already ranks as the world’s largest digital agency, ahead of boutique firms like SapientNitro and Razorfish, the group wants even more of that work. This week, IBM iX signaled that intention with its plan to add another 300 creative experts through the acquisition of 35-year-old interactive media specialist Resource/Ammirati.

Resource/Ammirati was the agency beyond the infamous 1999 Victoria’s Secret fashion show webcast, which was so well-trafficked that many visitors weren’t able to view the virtual catwalk. The company also helped Home Depot and Procter & Gamble define their Facebook e-commerce storefronts. Its first-ever client, back in 1981, was Apple.

The firm has offices in Chicago, New York, and Columbus, Ohio, which expands IBM’s studio presence to almost 30 locations worldwide. This is IBM’s first buyout of this nature, though terms of the buyout have not been disclosed. The deal is expected to close this quarter.

“This fortifies the skill set that we have,” Papas said. “Experience is the competitive battleground for businesses today.”

Over the past four years, competitive tensions have forced a wave of mergers between digital marketing experts and traditional IT consulting firms. For instance, Accenture has been particularly acquisitive; it announced another two buyouts in December 2015.

“This all speaks to the increasing expectations placed on the CMO, who is increasingly responsible for customer experience, digital commerce, and coming up with transformative business strategies,” Wilson said.