What Leonardo DiCaprio Can Teach You About Surviving The Bear Market 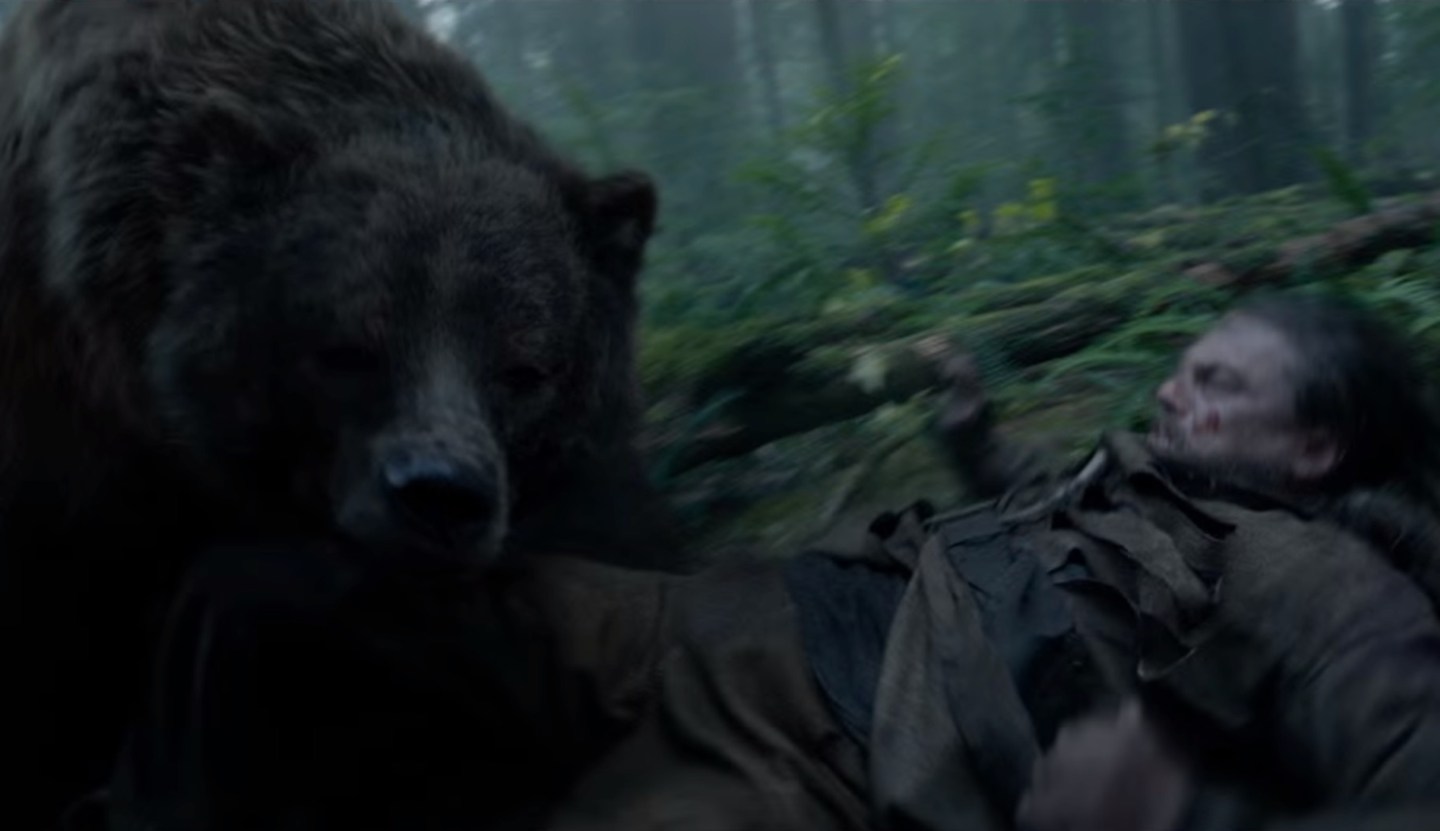 Seriously, gang—could there possibly be a more appropriate film up for Best Picture this year than The Revenant?

The protagonist has his body ripped apart by a bear and then spends the next two hours trying to heal himself and survive extreme hunger and cold. How apropos of what’s going on in the global economy and the US stock market! It’s like we’ve been sucked in to Leonardo DiCaprio’s world on screen.

Yes, we’re in a bear market, by the way. The statisticians won’t get around to making official until the S&P 500 dips below the fabled 20% mark, but, for all intents and purposes, we’re already in it. The Russell 2000 is “officially in bear market territory” as the TV anchors say. So are the banks, the biotechs, the Dow Transports and more than half of every international market around the world, from Europe to Asia to Latin America.

When I first wrote about the possibility in the pages of Fortune last September, there was some ridicule. “Magazine stories like these are the perfect contra-indicators!” went the buy-the-dip chorus. Indeed, even Mr. Market himself had something fun in store to welcome my article—a rip-roaring 9% rally over the two weeks following its publication. Granted, that rally would eventually fall apart as all the others have over the past 24 months, but so be it.

But the bear is here, and, like the attack on Leo’s character, it seems to have come on quite suddenly. Sentiment switched almost overnight; so fast that we’re not even in agreement about what’s brought the bearishness on. Some say China, others say the oil crash or the Fed’s first rate hike last month. I’ve even heard people reference the Bernie-Sanders-Donald-Trump-phenomenon as a reason for multiples to contract. You can blame anything you like, so long as you understand that the bear has been a year or more in the making.

The technicians saw it coming. Deteriorating market internals screamed, particularly the advance-decline ratio, which showed a decreasing number of stocks going up, even as the S&P 500 hit a record high this past spring. That disconnect was the most obvious warning sign at the time.

The good news is the current bear is not accompanied by a recession. Employment numbers and housing data are still in expansion territory, despite the worsening news on manufacturing and trade. It’s very possible that we could experience a cyclical bear market that does not jeopardize the secular bull market that many believe began in 2013.

There is precedent for such a thing—1984 being an easy analog. In that year, there was a major bust across the oil industry with rolling bankruptcies that jarred the stock market from January through June. It happened two years after the stock market finally made its first new record high going back a decade and a half. (Stop me if any of this sounds familiar.) Eventually, the market managed to bottom in the summer after falling double-digits. Expectations fell far enough that there was upside once again and the raging bull market of the 1980’s continued on, even without much of a recovery in commodity prices.

History never quite repeats so precisely, and, of course, there are notable differences between 1984 and today—from demography to tax rates to the posture of the Fed. For investors, it’s worth maintaining a durable portfolio that can survive any outcome rather than making a large bet on one specific outcome, given the variability of every environment.

But if we accept the fact that we are now living in the Revenant market, then surely there must be some rules that can keep us alive on the frozen tundra. I’ve got a few. Some of these are more applicable to short-term trading than investing, but hopefully something here will be helpful to you, regardless of your orientation. My rules for the Revenant market we find ourselves in are as follows:

Safe havens are few and far between:

Treasurys and cash act well when the world turns cold and the bear is afoot. Gold has been hit or miss, much to the chagrin of those who hoarded it for just this type of volatility. Other areas of fixed income (or what they’re calling alternative fixed income) have been so bad that they might as well be looked at like equities. Investment grade corporate bonds are just barely holding their own relative to junk. The performance of the so-called unconstrained bond funds (we discussed those here at Fortune last year) has been atrocious during the market dip, mostly because these funds have traded duration risk for credit risk, loading up on emerging markets and high-yield to generate current income. Leo is never safe for long, even when he finds a cave or a cove to spend the night.

Those hoping for a quick resolution are repeatedly disappointed:

You’ve surely heard some things about bear market rallies over the years. They are short, sharp and vicious to the upside, as they are a counter-trend phenomenon that catches nearly everyone off-guard. Bear market rallies, also known as face-rippers, occur precisely at the moment of hopelessness. But they fade just as quickly as they arise, and lead to lower lows when they end. (Note to Leo fans: Spoiler alert.) Leo finds a fish! But then he is almost caught by a search party. Leo makes a friend on the trail! But that friend is hanged from a tree in the night. Leo escapes a Native American war band! But then he almost freezes to death, climbing inside the carcass of a dead horse for warmth. And on and on. Rallies come and fail repeatedly. Until new highs are made with confirmation from relative strength readings or market internals, they must all be viewed as suspect.

Only carry what you need:

When the fur company is attacked by the tribe, it becomes apparent that they are no longer on a business venture. Instead, the mission becomes one of making it back down the mountain alive. This requires a much lighter load, so hunters abandon their prized bundles of fur to make their escape. Many investors have accumulated too much along the way in the post-recovery period. This could take the form of margin debt or superfluously risky investments that are no longer rational to hang on to. There is still time to lighten up.

No one actually knows how bad China’s hard landing will be. No one knows where the bottom for oil is or whether it will even rally once it stops selling off. Nor can we possibly estimate its true negative impact on the economy, the earnings of the S&P 500, or the state of geopolitical affairs. The market will figure it out in time, with many head fakes along the way. The most vocal guessers of today will look absurd tomorrow. Leo doesn’t say more than five or six lines during the entirety of his death march.

There’s nothing much worth saying until he reaches the other side.

Leo tells his son, “If you want to survive, keep your mouth shut!” Another spoiler: It doesn’t work for poor Hawk, but it’s a good idea for investors not to be pounding the table given the new uncertainty that’s taken hold of our collective psyche right now. By planting a flag for a given stock or directional call, we can become hostage to that position. Being overly vocal about “Oil has bottomed!” or “The crash has only just begun!” takes away the flexibility we’ll need to adapt our opinions as things develop. There’s nothing worse than painting ourselves into a corner with overly strong convictions when so much is in flux. Be invisible and make decisions for the health of your portfolio, not for the sake of appearance.