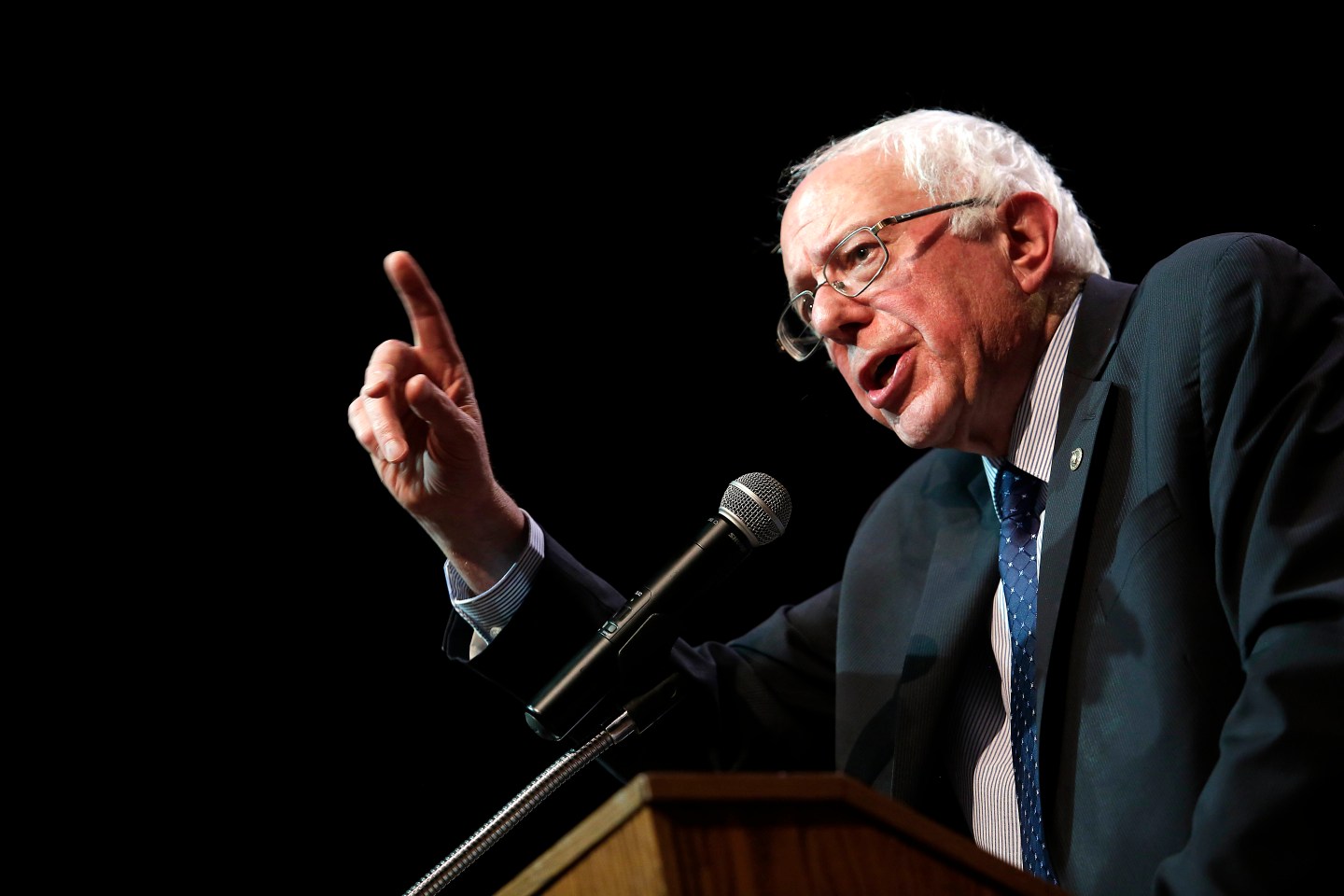 CHICAGO, IL - DECEMBER 23: Democratic presidential candidate U.S. Senator Bernie Sanders, (I-VT) speaks during a news conference December 23, 2015 in Chicago, Illinois. Sanders, who is seeking the nomination from the Democratic Party talked about police reform and preventing people of color from being victimized by police officers across the country. (Photo by Joshua Lott/Getty Images)
Photograph by Joshua Lott — Getty Images

Both Bernie Sanders and Donald Trump have come in for a drubbing at Davos.

Participants at the World Economic Forum have taken pot shots at both candidates. In a panel discussion earlier in the week, Larry Fink, the CEO of BlackRock, said, “For those politicians who are constantly focused on a re-election and nothing more, we need a revolution. Unfortunately, the revolution may be Donald Trump.”

But it’s not just Trump coming in for criticism. Anthony Scaramucci, the head of hedge fund firm SkyBridge Capital, said, “Bernie Sanders is a black swan for the market.” A black swan is an unlikely event that’s associated with market plunges.

Scaramucci says he made the comment at a closed door meeting of investment managers who were attending the World Economic Forum and that his argument received broad agreement from the group. Scaramucci says the market started dropping right around the time that Sanders’ poll numbers improved and he believes two events are related.

But the same can be said for Trump. He started doing better in the polls in the summer, right before the market took a down turn. Of course, there are lots of other, better reasons that the market has been falling, namely oil and a slowdown in China. But the fact that both Trump and Sanders are doing well are unexpected events, and that’s adding to the uncertainty in the air these days. And uncertainty is bad for markets.

It’s just another reason 2016 could be a rough year for stocks.