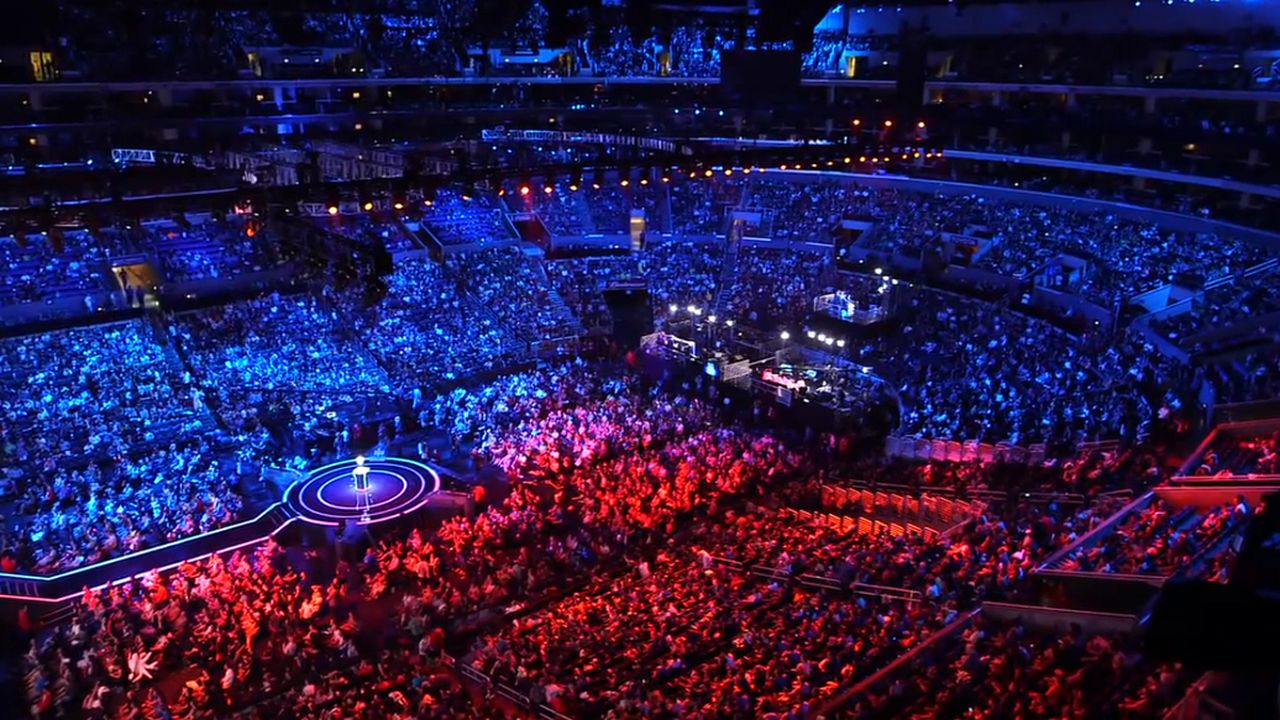 ESports is big business. The global eSports economy is already worth $748.8 million. And that dedicated worldwide audience has helped the digital video game industry thrive.

Digital video game sales across PC, mobile devices, and consoles earned $61 billion in 2015, according to SuperData Research, which provides games data. That’s an 8% uptick over 2014, and an upward trend that SuperData Research CEO Joost van Dreunen expects to continue this year and beyond.

“With the growing popularity of the next generation of online and multiplayer games, eSports has become a vital tool for publishers to build awareness among consumers,” van Dreunen says.

“ESports will likely evolve into a method to monetize players indirectly by connecting audiences with brands, thereby further enlarging the revenue potential.”

The best of example of the free-to-play digital business model in action is Tencent’s (TCEHY) League of Legends, which has over 85 million players worldwide and a robust eSports fan base orchestrated by developer Riot Games. SuperData Research estimates League of Legends earned over $1.6 billion in 2015, earning the team-based fantasy game the top spot for the year.

The other games that crossed the billion-dollar threshold in 2015 were SuperCell’s mobile game Clash of Clans ($1.3 billion), SmileGate’s PC shooter CrossFire ($1.1 billion) and Neople’s fantasy PC game Dungeon Fighter Online ($1.05 billion). One thing all of these games have in common is they’re free-to-play.

Van Dreunen says popular games like League of Legends and CrossFire make money from the 2 to 20% of players, depending on genre, who spend money through microtransactions on items such as aesthetic upgrades. So the more people playing, the more money generated by players who shell out for upgrades. And turning these games into organized leagues with professional players vying for real money helps attract a larger audience.

“ESports has proven to be very successful at marketing free-to-play games, and draw in millions of players,” van Dreunen says.

This is also having a direct impact on video game retailers such as GameStop(GME), Walmart(WMT), and Best Buy (BBY). U.S. digital games sales ($11 billion) are more than double that of retail sales in an average month ($5 billion), van Dreunen says, and the improved efficiency will help digital games sales continue to grow in 2016, both in terms of absolute dollar value and percentage of total sales.

“One of the main reasons why retail-based revenues held up until now was because the current console cycle reached its zenith in the past holiday season,” van Dreunen says. “While social games on Facebook are starting to flatten and subscription-based games like World of Warcraft are on a decline, the model of games-as-a-service will continue to draw a massive audience as well as the accompanying revenues.”

Games-as-a-service plays into the eSports business, and is one reason why Activision Publishing (ATVI) acquired Major League Gaming (MLG) at the end of 2015 for $46 million, according to van Dreunen.

“It will help make the broadcasting of its various titles and brands more widespread,” van Dreunen says.