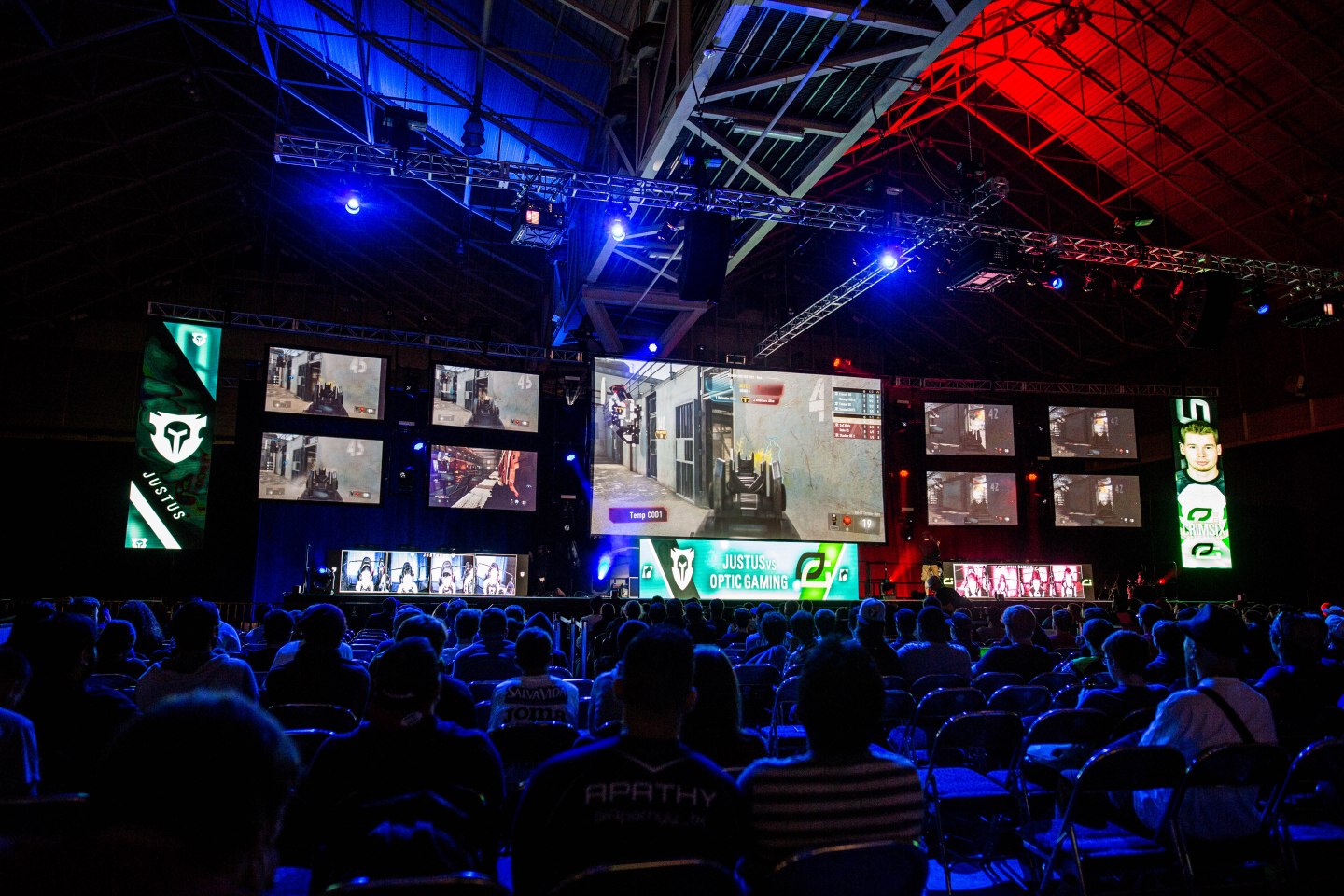 With big eSports events on the horizon like Riot Games’ League of Legends Worlds and Blizzard Entertainment’s BlizzCon, which features StarCraft II, World of Warcraft, Hearthstone, and Heroes of the Storm, SuperData Research sees explosive growth ahead for what’s become a year-round phenomenon.

Stephanie Llamas, director of research and consumer insights at SuperData, forecasts that the global eSports market will grow from $748.8 million today to over $1.9 billion by 2018. Llamas says this growth will be driven by the U.S. and Europe, which marks a shift in the global eSports ecosystem.

Currently, Asia is the leading eSports market with over $321 million in revenue, followed by North America at $224 million (although the U.S. accounts for 96% of North American eSports), Europe at $172 million and the rest of the world accounting for $29 million.

ESports was born in Korea in the late 1990s and it grew quickly once the Ministry of Culture, Sports and Tourism formed the Korean e-Sports Association (KeSPA) in 2000. That governing body oversees over 25 eSports titles, and the country currently has three dedicated eSports television networks. The success of eSports in Korea spread throughout Asia in the 2000s.

“The Asian market is still growing, but it’s saturated,” Llamas says. “With live-streaming channels like Twitch and YouTube, we’re seeing a lot of Western companies investing in eSports and there’s a lot of room to grow in those markets.”

“Companies like Coca-Cola and Red Bull are growing their marketing budgets specifically for eSports in the U.S.,” Llamas says. “While there are still a number of brands that are slow to catch on, those brands and advertisers that would benefit from sponsoring eSports will start to trickle into the market and that will generate money.”

Llamas says brand advertising accounts for 77% of the market today and is on course to reach $1 billion by 2017. She says it’s hard to predict if or when eSports will reach the point of traditional sports in terms of advertising and sponsorship revenue, but the recent TBS eSports TV deal and ESPN’s television coverage of eSports with the X Games and The International will only help traditional marketers test the eSports waters.

“There’s still a stigma around eSports because of who watches, so having it on mainstream channels will help more marketers become comfortable with it,” Llamas says. “There’s also the opportunity for a wider audience to catch eSports on TV, rather than actively having to seek it out online on Twitch. And TV allows for higher sponsorship and ad revenue because national broadcast channels traditionally have garnered billions of dollars in sponsorships and advertising for traditional sports leagues.”

One thing that has evolved just like traditional sports is the power of team branding and star players. SuperData forecasts eSports viewership will exceed 188 million this year, turning pro players and pro teams into celebrities. Llamas says more than a third of American eSports fans choose which tournaments to watch based on whether their favorite teams or players are competing.