The Stick Used to Measure Snow in Washington, D.C. Got Lost in the Snow 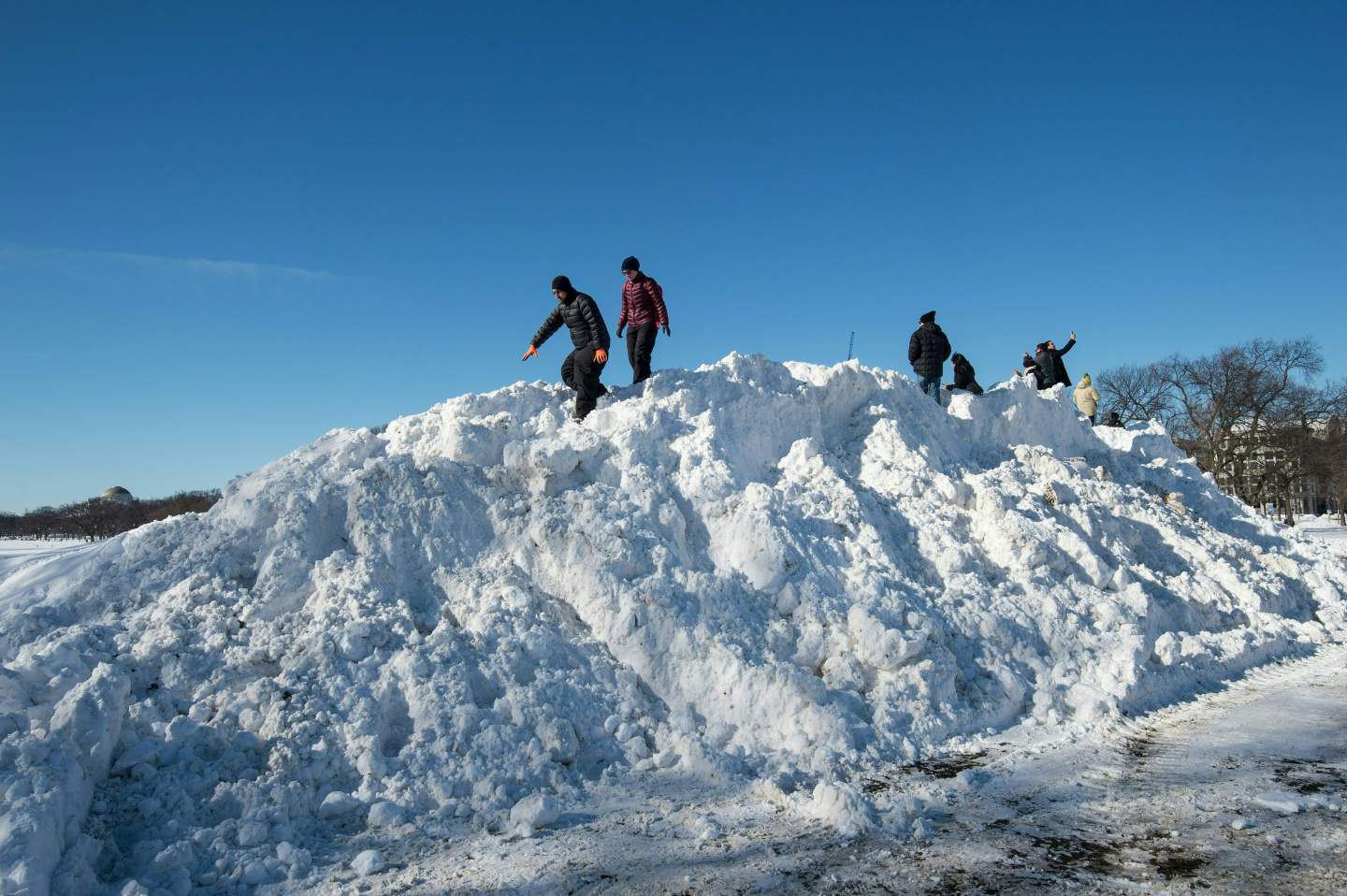 People climb a large pile of snow near the US Capitol in Washington on January 24, 2016. Millions of people in the eastern United States started digging out Sunday from a huge blizzard that brought New York and Washington to a standstill, but the travel woes were far from over. The storm -- dubbed "Snowzilla" -- killed at least 18 people after it walloped several states over 36 hours on Friday and Saturday, affecting an estimated 85 million residents who were told to stay off the roads and hunker down in doors for their own safety. / AFP / Nicholas Kamm (Photo credit should read NICHOLAS KAMM/AFP/Getty Images)
Photograph by Nicholas Kamm—AFP/Getty Images

There’s no doubt that the Washington, D.C. area got pummeled by the blizzard that hit the East Coast this weekend, but just how much snow fell in the nation’s capital is uncertain because scientists reportedly lost their snow measuring stick … in the snow.

The “official” measurement of snowfall in the D.C. region was 17.8 inches, but that’s well shy of the extraordinary amounts recorded in other East Coast cities—26.8 inches in New York’s Central Park or 22.4 inches at Philadelphia International Airport. The disparity might be due to the improvised approach weather observers at Reagan National Airport used to evaluate the snowfall after they lost their snow measuring tool in the elements during the blizzard.

The National Weather Service requires that observers use a “snow board” to measure snowfall. The device can consist of little more than a piece of plywood. Observers place it on the ground before the snow starts. They’re instructed to put it in a place where it’s protected from drifting. The board is measured once every six hours, according to the Washington Post, and it’s wiped clear every time.

Observers at Reagan reportedly ran into a little hiccup on Saturday when they lost the snow board in the snow.

The team there improvised, opting to take multiple snow depth measurements and averaging them. But that’s a measurement of snow depth, not snowfall.

Jim Lee, the meteorologist in charge at the National Weather Service in Sterling, Virginia, told the Post that the measuring technique used at Reagan could have underestimated the total snow by 10% or 20%. That may seem negligible but—as the Post points out—the NWS has specific guidelines for measuring snowfall for good reason: How much relief a city receives after a storm often depends on how much snow it gets.

Winter Storm Jonas, which paralyzed much of the country this past weekend, will likely cause “multi-billion” dollar economic losses, according to Reuters. It was one of the worst storms in the eastern region of the U.S. in over a century.

National Weather Service spokeswoman Susan Buchanan told the Post that the agency would conduct a “comprehensive assessment” of snow measurements at Reagan and other locations.