Here’s How Much Winter Storm Jonas Cost the East Coast 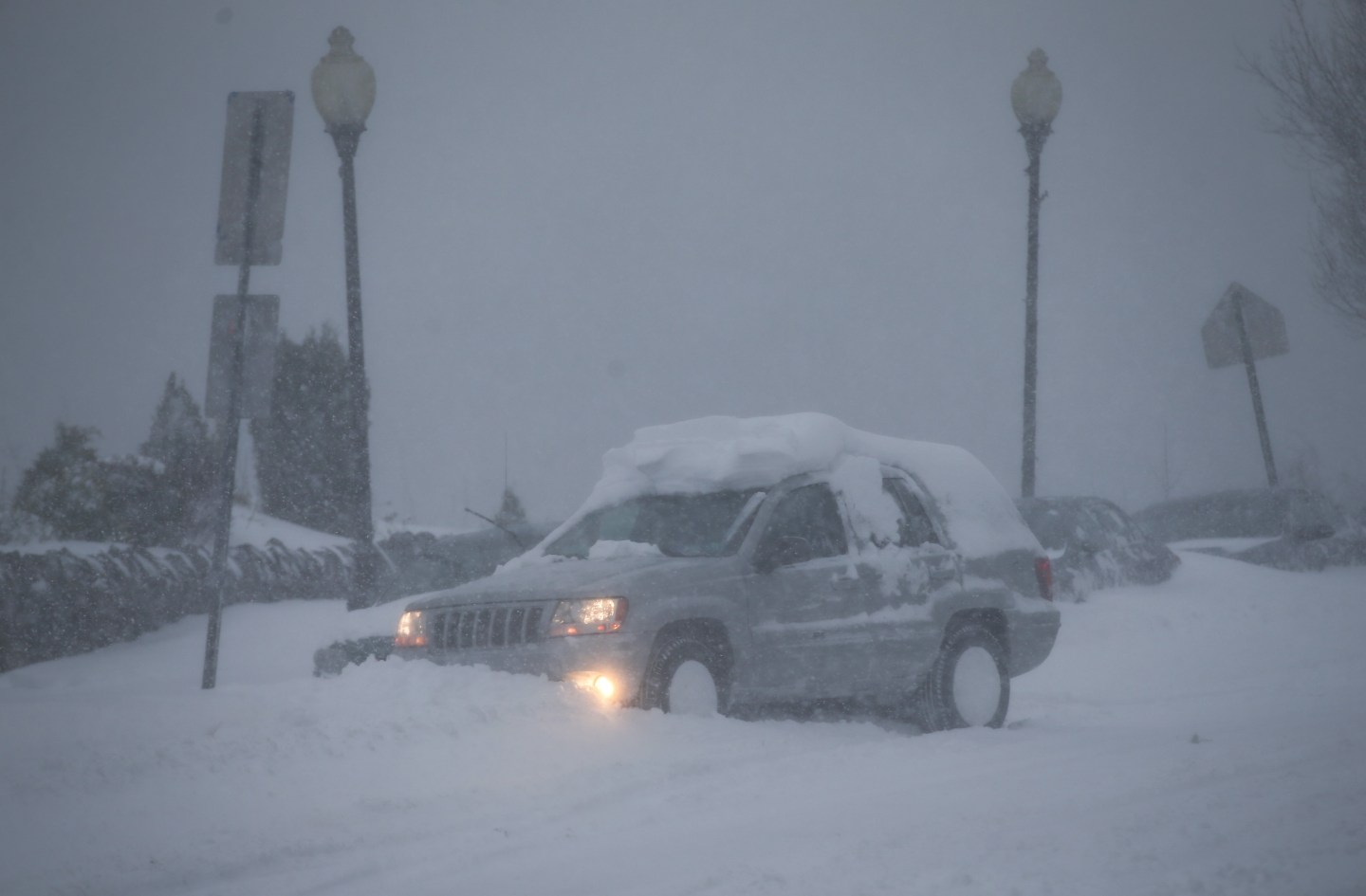 Massive blizzards that paralyzed much of the U.S. East Coast in the past few days are likely to cause “multi-billion” dollar economic losses in one of the worst storms in the region in over a century, reinsurance broker Aon Benfield said on Monday.

The monster weather system unofficially dubbed Winter Storm Jonas left at least 20 dead in several states, with most of the fatalities the result of traffic accidents.

“Given the physical damage to homes, businesses and other structures and automobiles, plus the high costs incurred due to business interruption, it is expected that this will end up being a multi-billion-dollar economic cost,” Aon Benfield said in a note.

The storm would likely be rated as one of the top 15 winter storms in the Northeast and Mid-Atlantic since 1900, it added.

It was too soon to calculate insured losses, Aon Benfield said, adding a similar storm system in January 1996 caused an estimated economic loss of $4.6 billion and insured loss of $920 million in current dollar terms.