Record Warm Years Are ‘Almost Certainly’ Because of Us 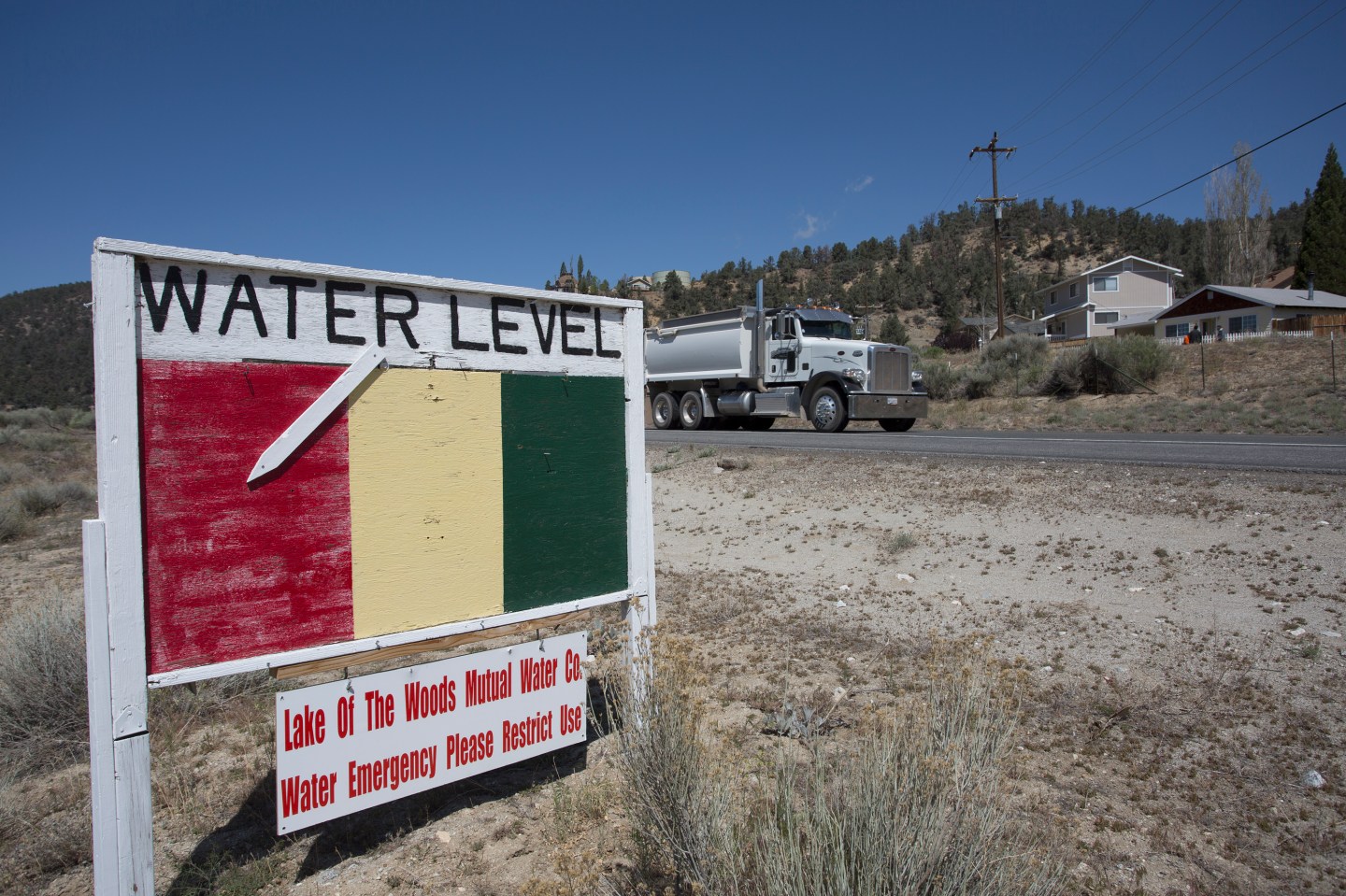 FRAZIER PARK, CA - MAY 7: A ground water level sign emphasizes the urgency of a drought-related water supply emergency in the community of Lake of the Woods in Los Padres National Forest on May 7, 2015 near Frazier Park, California. According to an aerial survey conducted by the U.S. Forest Service in April, about 12 million trees have died in California forestlands in the past year because of extreme drought. The dead trees add to the flammability of a drying landscape that is increasingly threatened by large, intense wildfires. In some areas where extremely hot wildfires have occurred, as in the 437-square mile Cedar fire that burned across San Diego County in 2003, most trees have died and chaparral brush is displacing the forests and animals that rely upon them. The findings of the study were compared to similar surveys taken in July 2014. (Photo by David McNew/Getty Images)
Photograph by David McNew — Getty Images

The odds are ‘vanishingly small’ that the recent trend of record warm years are not due to the effects of climate change caused by human activity, according to a group of scientists.

Researchers have said it’s with ‘extremely high likelihood’ that the current run of record-high temperatures — with 13 of the 15 warmest years having occurred since 2000 — have happened because of greenhouse-gas emissions from burning coal and oil, the Potsdam Institute for Climate Impact Research said in a statement released Monday.

In a paper released in the journal Nature, scientists tried to determine whether the recent warm years could be a result of mere chance. They estimated that the possibility of that occurring fell somewhere between a 1 in 5,000 and 1 in 170,000 chance, leading them to conclude that it was “extremely unlikely” that the warm years were a coincidence.

“These same record temperatures were, by contrast, quite likely to have occurred in the presence of anthropogenic climate forcing,” researchers wrote in their paper.

This follows recent reports that 2015 was the hottest year ever recorded and the highest since 1880. Last December, scientists said the Arctic was experiencing its highest air temperatures since 1900, and was warming twice as fast as anywhere else in the world.

It puts more pressure on countries to curtail fossil fuel emissions. During the recent COP21 climate change summit in Paris, nearly 200 countries reached an agreement to limit global temperatures from rising above pre-industrial levels at below 2°C, a key threshold before scientists warn irreversible repercussions will befall the planet.