The Arctic Has Hit a Temperature Not Seen Since 1900 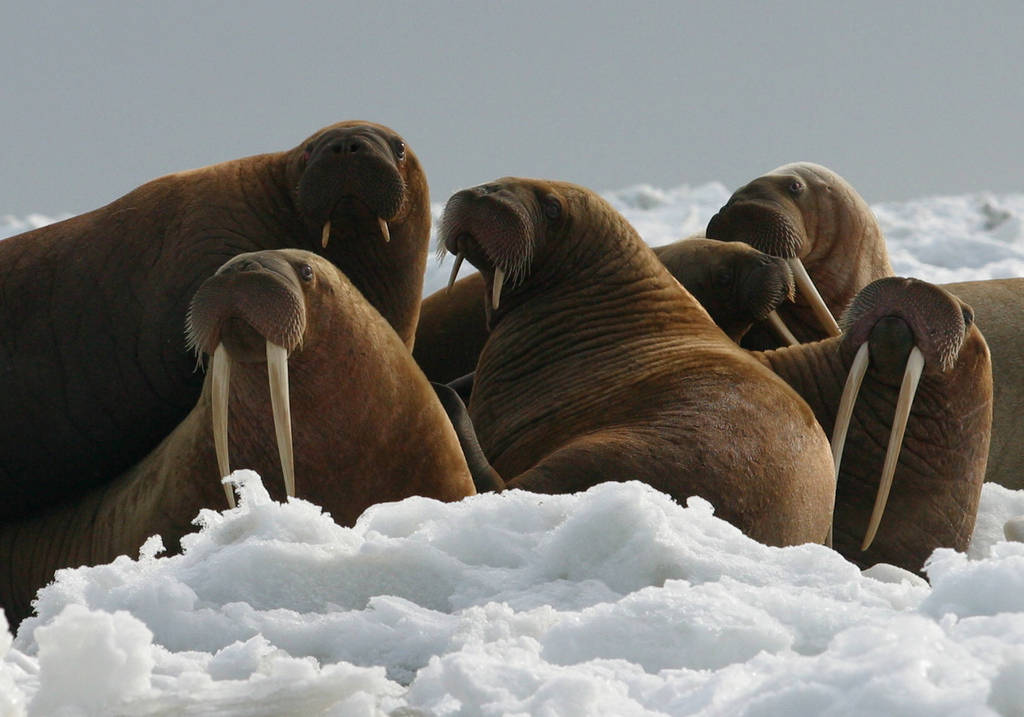 As sea ice thins and retreats farther north, walrus, which rely on sea ice to rest on between foraging bouts, and polar bears, which need sea ice to hunt seals, will either be displaced from essential feeding areas or forced to expend additional energy swimming to land-based haul-outs.
Courtesy of USFWS/Joel Garlich-Miller

The Arctic has recorded its highest air temperature since 1900, and is warming twice as fast as anywhere in the world.

As a result, the decline in sea ice has caused large numbers of walruses to lose their natural habitat, and rising sea temperatures are shifting fish communities northward, according to this year’s Arctic Report Card released on Tuesday by the National Oceanic and Atmospheric Administration (NOAA).

The average annual air temperature over land was 2.3 degrees Fahrenheit above the long-term average, which is the highest since modern records began in 1900. The maximum Arctic Ocean sea ice extent – defined as an area with at least 15% ice cover – occurred on Feb. 25, 2015, 15 days earlier than average. It was the lowest extent recorded since record-keeping began in 1979.

“The Arctic is warming twice as fast as other parts of the planet, which has ramifications for global security, climate, commerce, and trade,” said NOAA chief scientist Dr. Rick Spinrad during a press conference on Tuesday at the annual American Geophysical Union Fall Meeting in San Francisco.

The higher temperatures are causing unprecedented melting of ice areas in the region. Melting occurred over more than 50% of the Greenland Ice Sheet for the first time since the exceptional melting of 2012, and 22 of the 45 widest and fastest-flowing glaciers have retreated.

NOAA’s analysis also shows that 70% of the ice pack in March was composed of first-year ice, meaning that the amount of new, thinner ice has doubled since the 1980s and is more vulnerable to melting.

This corresponds with data from the United Nations that show this year is the hottest on record. In response to global warming, the recent COP21 climate change summit saw nearly 200 countries reach an agreement to limit the global temperature rise to below the 2°C above pre-industrial level, a key threshold before scientists warn irreversible repercussions will befall the planet.