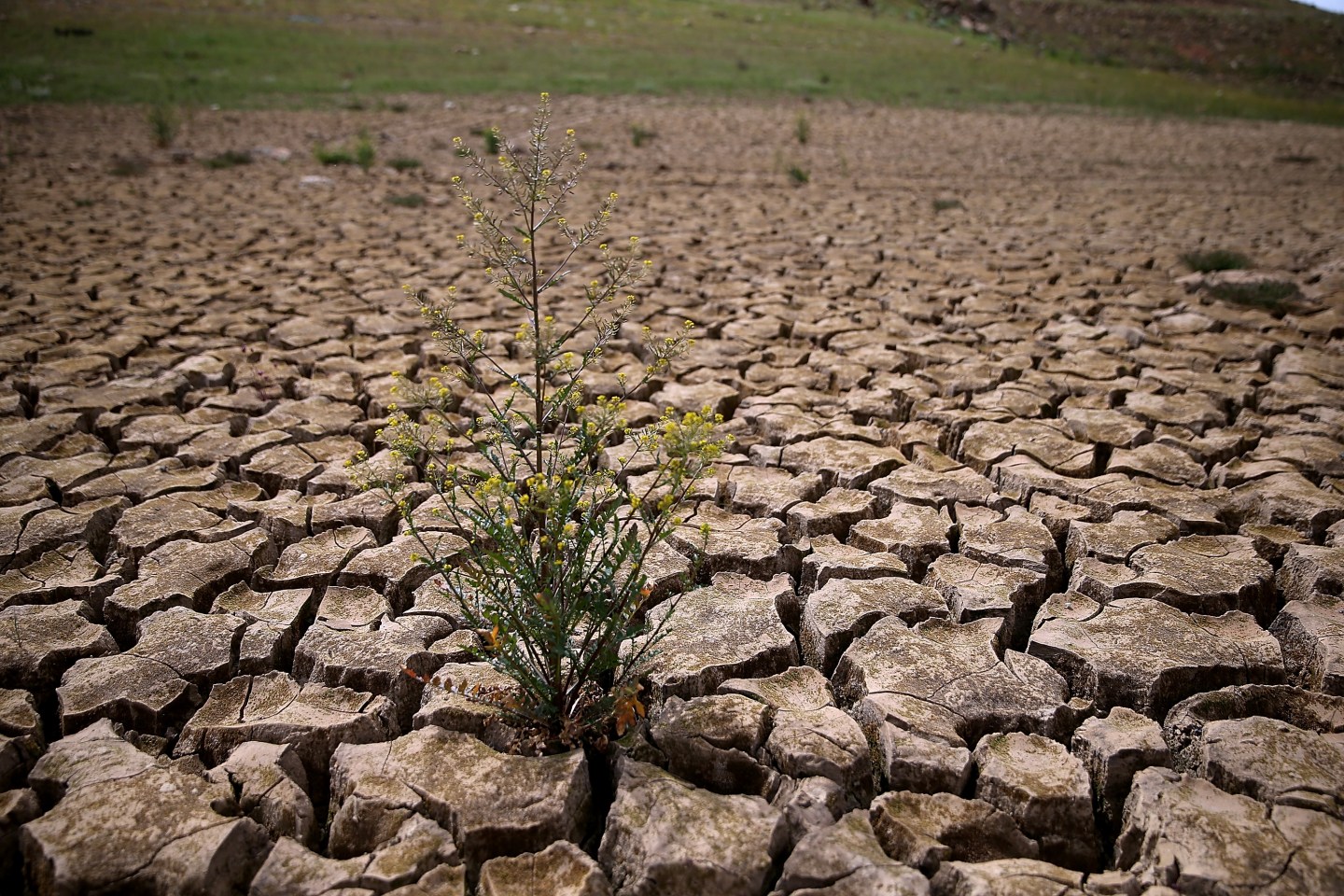 LA GRANGE, CA - MARCH 24: Weeds grow in dry cracked earth that used to be the bottom of Lake McClure on March 24, 2015 in La Grange, California. More than 3,000 residents in the Sierra Nevada foothill community of Lake Don Pedro who rely on water from Lake McCLure could run out of water in the near future if the severe drought continues. Lake McClure is currently at 7 percent of its normal capacity and residents are under mandatory 50 percent water use restrictions. (Photo by Justin Sullivan/Getty Images)
Photograph by Justin Sullivan — Getty Images

The global average temperature this year is likely to be the hottest ever recorded, according to the World Meteorological Organization.

The U.N. weather agency pointed to El Niño and “human-induced global warming” as the main culprits behind this year’s record-setting heat. The temperature this year also caps a span that the agency says was the warmest five-year period on record.

When weather data is broken down to its various components, WMO secretary-general Michel Jarraud said, the trend lines are especially worrying. Greenhouse gas levels in the atmosphere, according to the WMO’s analysis, reached record heights in 2014, and was 143% higher than pre-industrial levels. In the Northern hemisphere, the three-month global average concentration of carbon dioxide during spring of this year crossed the 400 parts per million barrier for the first time.

The worldwide temperature average this year is also likely to be 1° Celsius above the pre-industrial era, a significant milestone that Jarraud emphasizes. In a 2008 paper assessing the impacts of climate change, scientists said that an increase of between 1 to 2°C above 1980-1999 levels would pose “significant risks” to the ecosystem. Any increase over 2°C, scientists say, could result in increased risk of extinction for plant and animal species.

“This is all bad news for the planet,” said Jarraud in a statement released Wednesday. He said South America and Asia was having its hottest year on record, and Africa and Europe their second hottest.

He added that the effects of El Niño – an irregular weather phenomenon that happens in the eastern tropical Pacific and results in rising sea surface temperatures – could last into 2016. Aside from rising global temperature averages, El Niño has also caused below average rainfall in large areas of Central America and the Caribbean, and a global coral bleaching event.