We Just Went Through the Hottest Year Ever Recorded 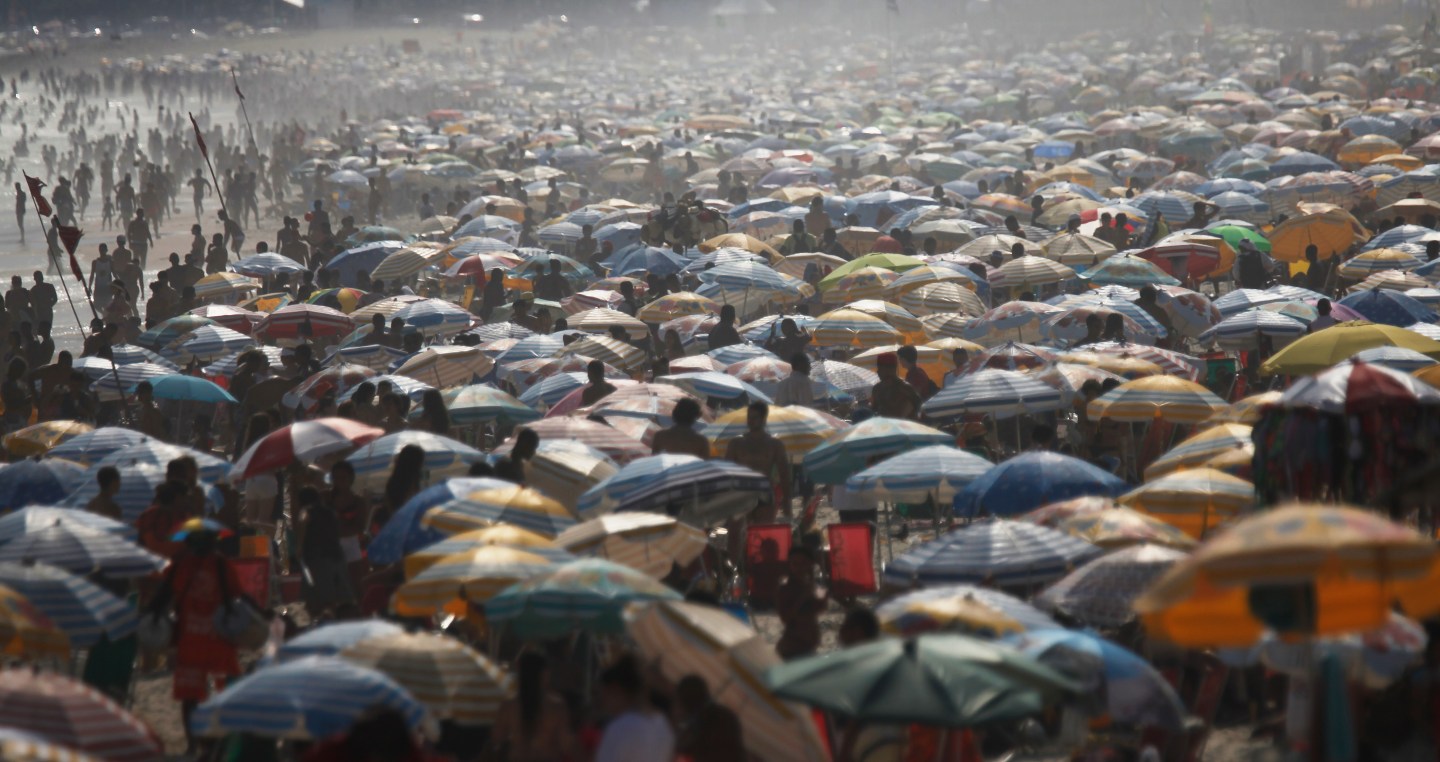 RIO DE JANEIRO, BRAZIL - OCTOBER 16: People jam Ipanema beach on the hottest day of the year so far on October 16, 2015 in Rio de Janeiro, Brazil. Temperatures peaked at 109 degrees in the city today, the third highest recorded in the city in 100 years. Summer in Brazil is still two months away. (Photo by Mario Tama/Getty Images)
Photograph by Mario Tama — Getty Images

The average temperature for Earth last year was the highest since 1880.

Scientists at the National Oceanic and Atmospheric Administration found that the average temperature across global land and ocean surfaces was 1.62°F (0.90°C) above the 20th century average last year. Similar records for last December showed it was the highest for any month in 136 years.

The worldwide temperature average was also dangerously close to the 1°C mark above the pre-industrial era, a significant milestone that scientists say would pose “significant risks” to the ecosystem if the ceiling was breached.

NOAA’s report corresponds with previous data compiled by the World Meteorological Organization, which last November predicted that 2015 would be the hottest year ever, and would cap a span that the agency says was the warmest five-year period. Other national agencies in Japan and Britain are expected to announce similar results over the coming weeks, the New York Times reported.

While a significant portion of the increase in last year’s temperatures can be attributed to El Niño—the weather pattern that causes rising sea surface temperatures in the Pacific Ocean—scientists point to global warming effects caused by human emissions of greenhouse gases as a key culprit. The consecutive years of historically warm temperatures have caused some to note the Earth may be on a course towards rapid global warming.

“Is there any evidence for a pause in the long-term global warming rate?” Gavin A. Schmidt, head of NASA’s climate-science unit, told the New York Times. “The answer is no. That was true before last year, but it’s much more obvious now.”