T-Mobile and the Fuss Over ‘Free’ Phone Streaming: What the Fight’s About 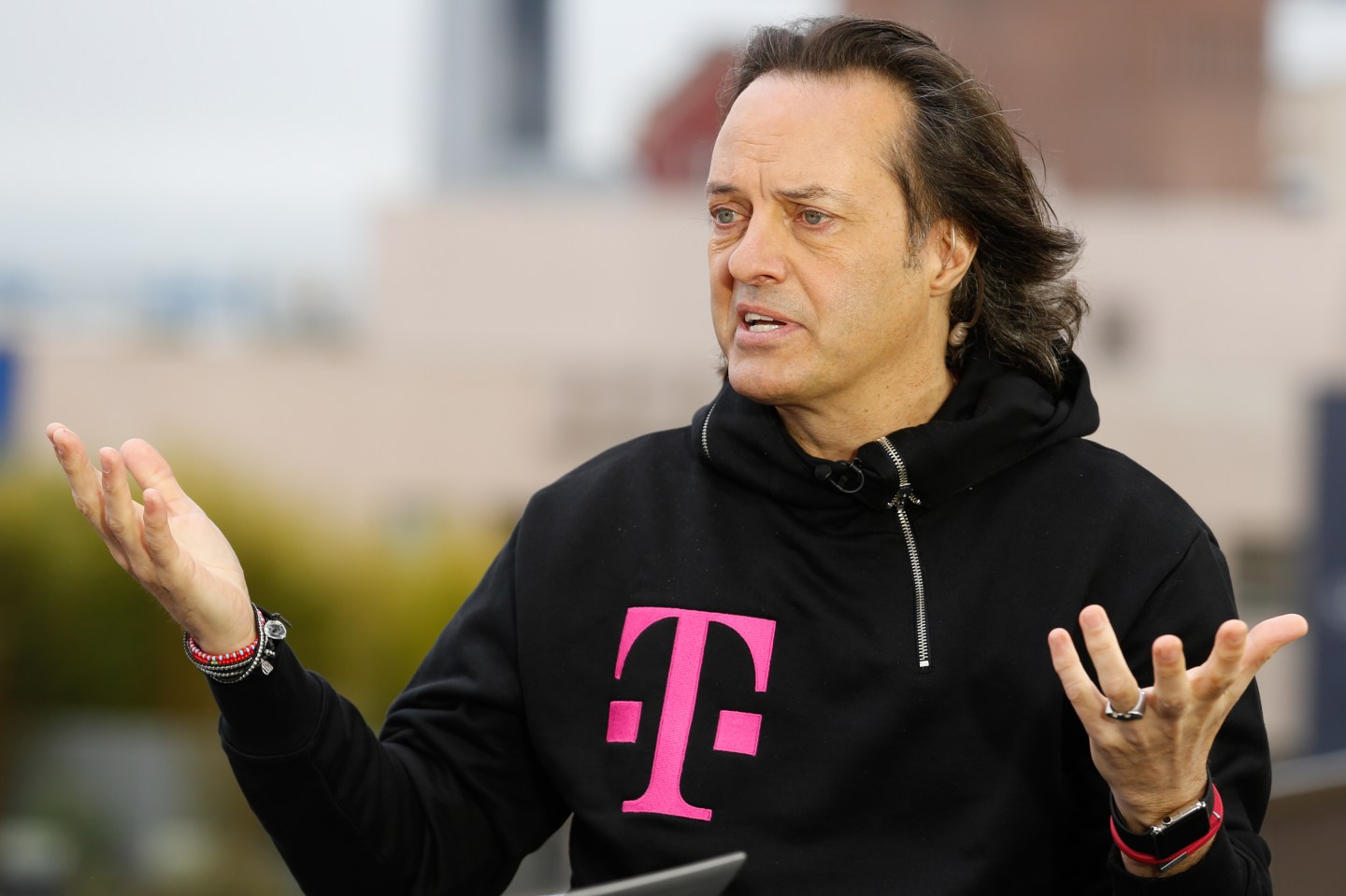 John Legere, CEO and President of T-Mobile US.
Photograph by CNBC via Getty Images

T-Mobile’s “Binge On,” which lets phone customers watch certain videos without using up their monthly data plan, didn’t seem like a big deal at first. But now the company is caught in a controversy over apparent lying, its CEO is dropping f-bombs and the long-simmering fight over net neutrality is heating up again.

So what’s going on? Part of the fuss is tied to tricky tactics by T-Mobile (TMUS) over how Binge On works and how customers can control it. But the program is also under fire because it is the most high profile in a series of gambits by phone companies to test the FCC’s rules on content discrimination. Here’s what you need to know.

The idea of Binge On is not hard to grasp: T-Mobile customers can watch video from certain sites, such as Netflix and Hulu, without that data counting against their monthly cap. The company promised it would “optimize” the video to help with all the streaming.

The reaction was positive. Binge On seemed like a clever incentive program and, since T-Mobile didn’t charge the video sites to participate, Binge On wasn’t an obvious breach of the FCC’s net neutrality rules (which seek to prevent internet providers from favoring some websites over others). Indeed, the FCC Chairman even praised the program as “pro-competitive.”

But last week things got complicated. The Electronic Frontier Foundation, an activist group respected for its tech chops, published a report saying T-Mobile’s “optimization” was simply “throttling.” The company, in other words, wasn’t applying any clever technology but was instead just choking all of its video traffic to a slower speed. Worse, T-Mobile was doing this to all mobile videos – not just those from sites in the Binge On program, which meant customer could no longer watch high resolution videos. The EFF and others also criticized T-Mobile for failing to tell subscribers what it was up to.

WATCH: For more on T-Mobile streaming, watch this video.

In response to the criticism, T-Mobile CEO John Legere went on a profanity-laced tirade against Google (GOOG) for calling attention to slower speeds for YouTube (which is not part of the Binge On program). And then Legere denounced the EFF in a video on Twitter, asking “who the fuck are you” and demanding to know why the group was “stirring up so much trouble.”

Now, both “Binge On” and the idea of free data from phone companies are under closer scrutiny.

Despite the bluster from Legere, the EFF’s allegations about the nature of Binge On have so far held up: the program does not appear to involve any “optimization” wizardry, and instead relies on blunt, across-the-board slowdowns.

Meanwhile, criticism of T-Mobile for not telling customers about the nature of the program, and their options for avoiding it, appear on the mark too. Subscribers, for instance, did not receive notice about the slowdowns involved in Binge On nor any information about how to get out of the program. Instead, anyone wishing to opt-out must wade through several settings menus in order to turn it off (provided they know about Binge On in the first place).

Update: In an email, T-Mobile’s COO, Mike Sievert vehemently rejected claims the company was not transparent. The email read in part: “This nonsense that we hid the details of Binge On is absurd. We are super proud of the way Binge On works. I personally stood on the stage at a huge media event in November and explained the details, including the way it stretches your data by changing your video to DVD quality, even for non-free sites.”

Meanwhile, Legere published a blog post apologizing to EFF, and offering his perspective on the recent brouhaha.

For T-Mobile’s CEO, the episode led to an unusual bout of bad publicity. Legere has long charmed the media as a foul-mouthed jester who taunts phone behemoths AT&T (T) and Verizon (VZ) , but this time his rants fell flat:

After years of tech media swooning at this guy's f-bombs, it appears the shtick is wearing off: https://t.co/qq3ZWRG9j2

Because if you're deciding who to root for, it would definitely be the telco CEO, not the non-profit advocacy group https://t.co/P5jL7yhMKc

The episode has also renewed attention to whether Binge On is permissible under the FCC net neutrality rules. But so far, even after the EFF controversy, legal experts have been reluctant to characterize the T-Mobile as illegal.

This assessment is consistent with what Barbara Van Schewick, a net neutrality authority at Stanford Law School, told Fortune last month in an interview about free data offers.

Van Schewick considers Binge On to be in a “grey area” when it comes to the FCC’s rules, but she also fears the program could serve as a Trojan Horse for other carriers that want to push the envelope even further.

These include Verizon, which announced a planned “sponsored data” program in December that would involve content companies paying to fall under a data-exemption umbrella. The company has been mum about details but, according to Van Schewick, such a pay-for-access scheme would fall afoul of the FCC’s general conduct rules.

Also troublesome, she says, is evidence from Europe that shows that data-exemption schemes (known as “zero rating”) encourage companies to introduce or tighten data caps. This could lead to phone carriers seeking to make more money off artificial scarcity rather than offering consumers better mobile internet options.

The FCC, meanwhile, announced in December it is exploring how zero rating plans from T-Mobile, AT&T, and Comcast square with its net neutrality rules. All of this is also taking place against the backdrop of a high stakes lawsuit in which an appeals court will soon decide whether the rules are legal, and how they apply in the case of mobile data.

This story was updated to include the T-Mobile COO’s response and a link to Legere’s blog post.