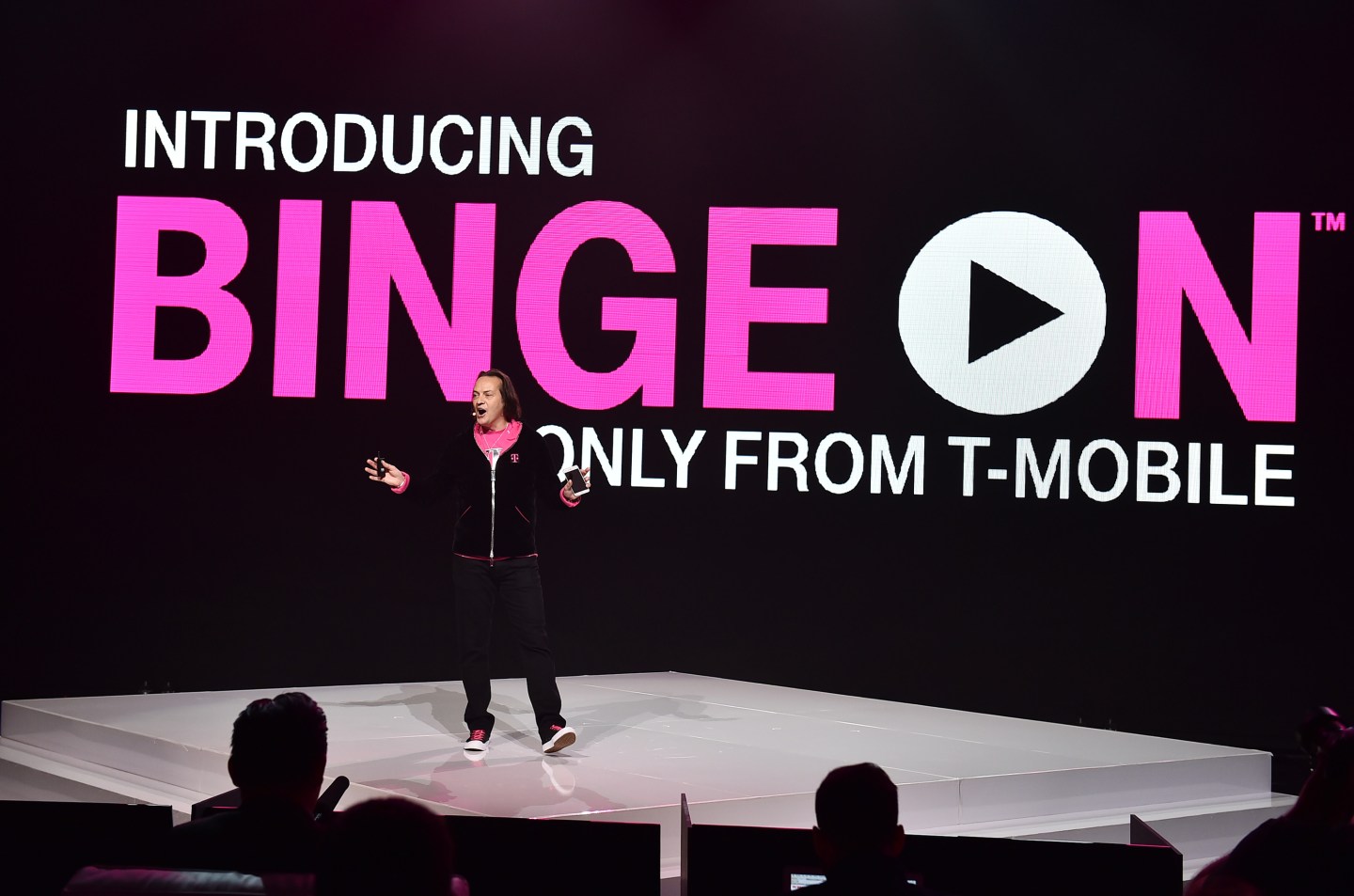 T-Mobile has found itself at the center of a net neutrality controversy involving its Binge On feature, which ostensibly allows subscribers to stream video without it counting against their data cap, but critics say it’s an anti-competitive practice that merely downgrades—or “throttles”—all video downloads on T-Mobile’s network.

CEO John Legere addressed the controversy in a recorded message posted to Twitter on Thursday. “There are people out there saying we’re ‘throttling,'” Legere said. “That’s a game of semantics, and it’s bullshit.”

There’s been a lot of confusing, agenda-steered, talk about #BingeOn lately… It’s time to set the record straight… https://t.co/PYm5odrSXC

“This is no different from a car manufacturer adding a economy mode option on your car,” Legere said.

The Legere statement comes a day after other T-Mobile executives fired back at critics over the same issue. At a investor conference on Wednesday, T-Mobile COO Mike Sievert said that Binge On allows customers to stream three times more video from sites like YouTube because of the quality reduction, the Wall Street Journal reported.

T-Mobile (TMUS) promotes Binge On as a feature that allows subscribers to stream video from services like Netflix (NFLX) or Hulu without the data counting against their monthly allotment, as long as they don’t mind that the video is downgraded to 480p, or “DVD quality,” which is lower than standard HD resolution. The lower-quality video uses smaller file sizes, which helps T-Mobile save on data consumption, and Legere says that mobile users “don’t want or need full giant heavy video data files.”

WATCH: For more on T-Mobile streaming, watch this Fortune video.

But even video services that have chosen not to work with T-Mobile are downgraded to standard definition, says the Electronic Frontier Foundation, a nonprofit privacy group. Last week EFF published a report that found that T-Mobile throttles all video, capping all video streams at 1.5Mbps, even if users’ wireless connection can support a more robust stream.

“In other words, our results show that T-Mobile is throttling video streams, plain and simple,” the report said.

It’s not just advocacy groups that are taking a stand against Binge On. One notable holdout from the program is YouTube, and in December a spokesperson said that T-Mobile is throttling all video services without explicit user consent. Google’s YouTube is the biggest mobile video holdout from Binge On. Legere mentioned Google (GOOG) by name in his statement, speculating that it might be “using net neutrality as a platform to get into the news.”

Legere says that Binge On doesn’t violate net neutrality principles because users have a choice to turn it off, although it’s activated by default. T-Mobile says that 38 services are participating in the system, including HBO Now (TWX) and Verizon’s (VZ) Go90 video network.

The main question facing T-Mobile is whether it will have to make its case before the Federal Communications Commission, which has the power to curtail the program or fine the company. In December, the FCC sent a letter to T-Mobile requesting more information on the program, although chairman Tom Wheeler has said in the past that he believes Binge On does not violate net neutrality rules.