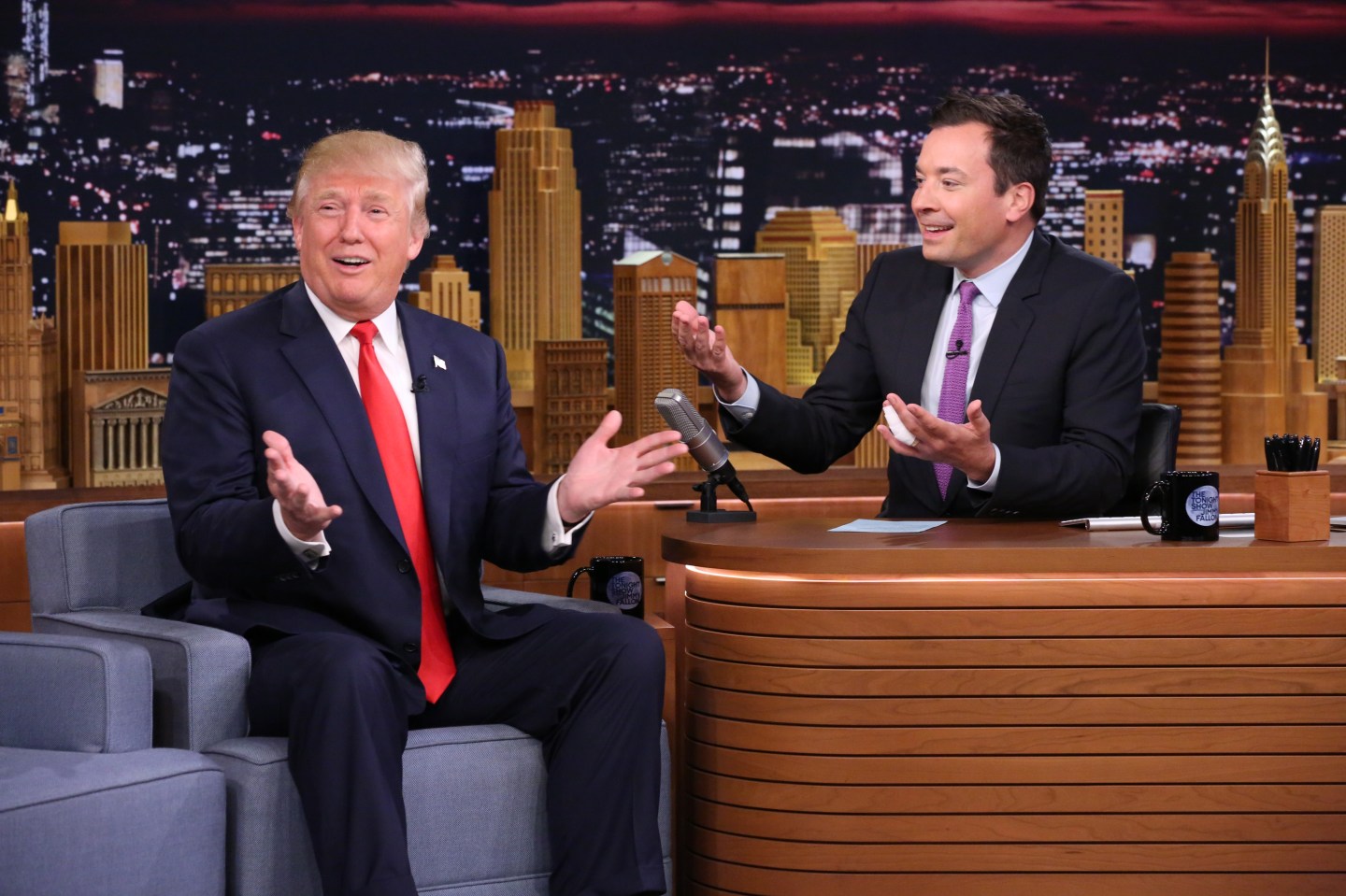 For the second time, Donald Trump is appearing on Jimmy Fallon’s Tonight Show and he’s being featured during an especially opportune time in U.S. politics.

Trump, the current GOP frontrunner for President, will appear on the show January 11, which is notably a day before President Barack Obama’s last State of the Union address. Trump’s visit also comes weeks before the Iowa caucuses on February 1 and New Hampshire’s primary on February 9.

The Republicasn’s prior visit on the program came on September 11. At the time, Fallon impersonated the real estate mogul in a skit that saw Trump pretend to talk to himself through a dressing room mirror.

Trump also recently aired his first television ad after having failed to spend any money on the medium so far in his campaign.

Fortune has reached out to Trump’s campaign for comment.