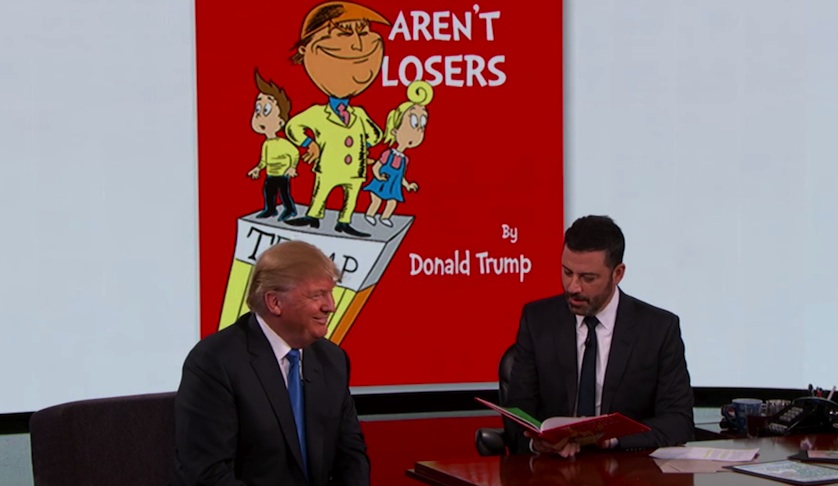 The ABC late-show host and crew wrote a fake children’s book to lampoon the real estate mogul—and then Kimmel read it to him.

Kimmel and company drew heavily on Dr. Seuss with a story following a cartoon Trump teaching two children lessons about winning and losing, at least in a capitalistic sense.

“Winners aren’t losers. They’re winners—like me!” the book opens. “A loser’s a loser. Which one will you be?”

As Kimmel reads the book, Trump cracks up with laughter repeatedly and appears to be at a rare loss for words.

The cartoon Trump introduces the kids to a dog who isn’t good at deal making and a bear who isn’t too successful. In fact, he “must feel like a loser, valet-ing that 2006 PT Cruiser!”

The appearance on the popular late night talk show comes as Trump continues to lead the polls among the GOP candidates for president.
Watch the full video of Kimmel and Trump on YouTube: