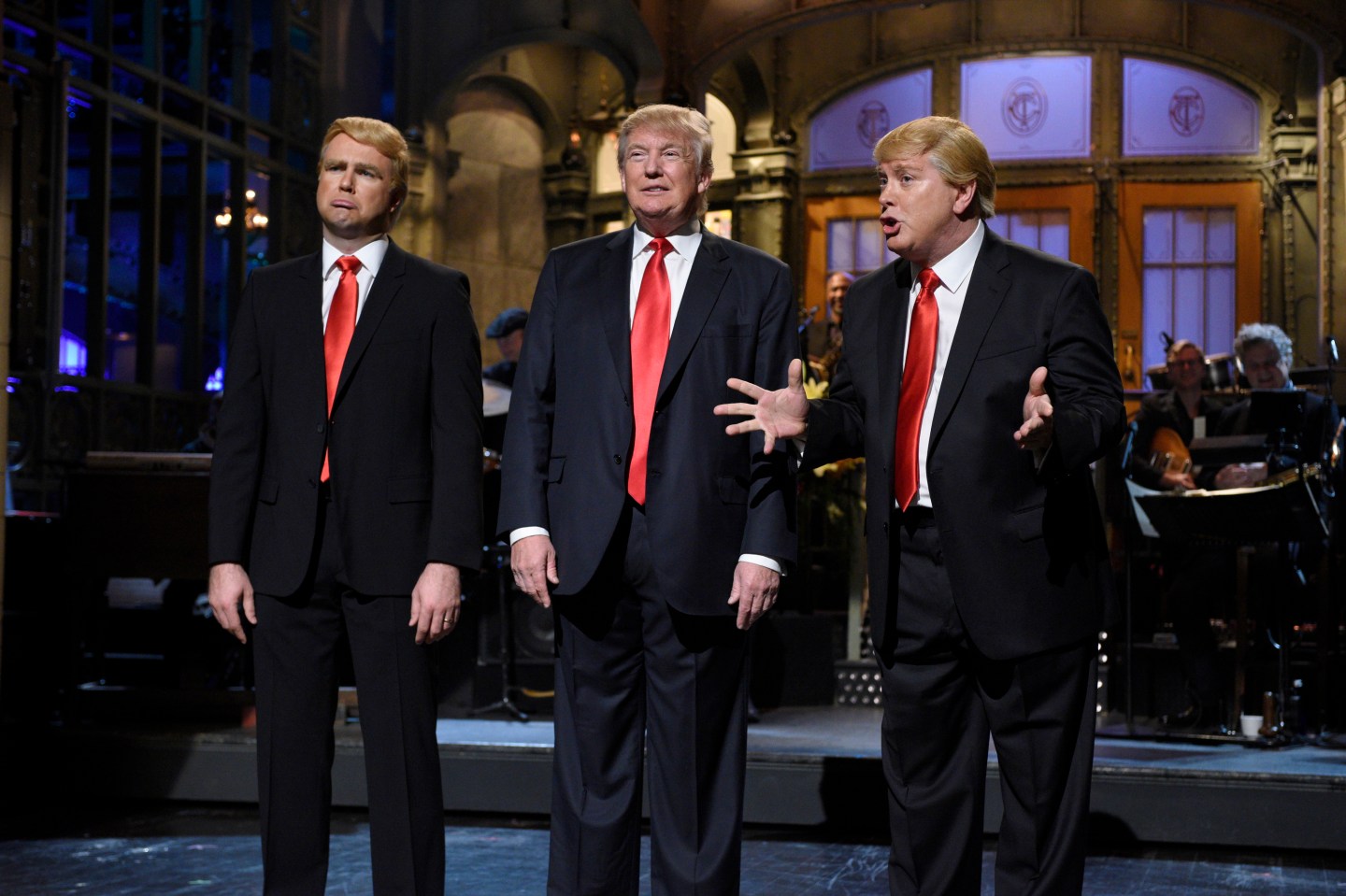 Donald Trump may not have delivered many laughs in his latest Saturday Night Live hosting gig, but he did deliver ratings despite minimal screen time for the Republican presidential candidate.

The billionaire real estate mogul’s much-hyped appearance on the show—which elicited protests and petitions from various Latino groups and civil rights activists—scored the highest ratings for NBC’s SNL since 2012. This weekend’s episode received a 6.6 overnight household rating and a 2.7 rating among the coveted demographic of 18- to 49-year-olds. That’s much higher than SNL‘s 4.4 average among all households so far this season, while the show has averaged around a 2.0 rating among the 18-49 demo.

The Trump-hosted episode was the highest rated for the iconic comedy show since a 2012 installment hosted by NBA Hall of Famer Charles Barkley, according to Entertainment Weekly. (Of course, that’s not counting this year’s 40th anniversary special, which was one of the highest-rated TV events of the past decade for NBC, which is owned by Comcast (CMCSA).)

After much consternation over NBC’s decision to give a presidential candidate—and particularly one with a penchant for making derogatory statements—so much airtime, Trump ended up spending only a total of 12 minutes on screen during his first time hosting SNL since 2004. Even in that limited amount of time, Trump’s appearance has been branded as a dud by television critics who failed to find much to laugh about in the performance despite Trump delivering huge ratings yet again.