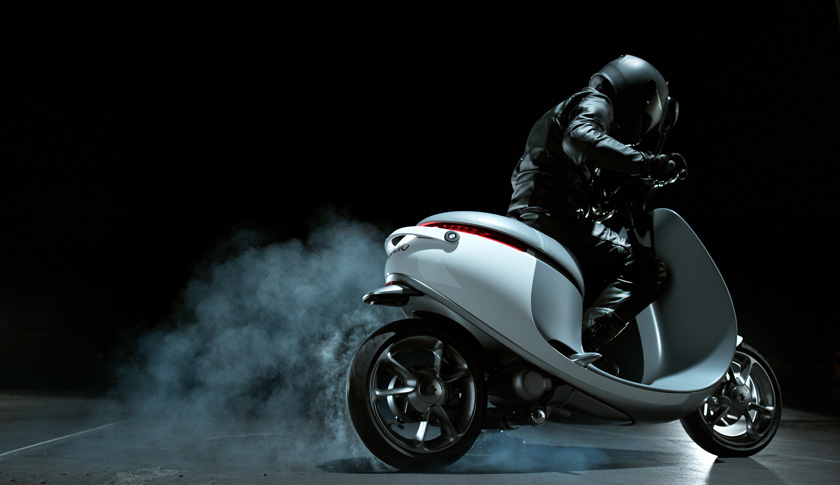 A couple thousand of startup Gogoro’s electric scooters are already driving around the streets of Taipei. Now the company plans to get its scooters, and its battery swapping tech, into the hands of European and U.S. users.

Gogoro announced at the Consumer Electronics Show in Las Vegas on Tuesday that future customers can now suggest which cities the company should expand to next. It also plans to sell an electric scooter charger that customers in new markets can use to charge their scooters, even if the company doesn’t deploy its battery swapping tech there.

Gogoro, which started selling its electric scooters in Taiwan last year, has been building a network of kiosks in the region that lets customers swap used batteries with charged ones. The idea is enable customers to drive more environmentally-friendly electric scooters, but without the hassle of having to plug their batteries into a socket to charge for hours at a time.

The company says it has sold more than 4,000 scooters in total and installed more than 125 battery swap stations in Taiwan. The scooters are relatively expensive for that market, and cost between $2,500 to $3,300, depending on the options, but with additional discounts due to subsidies. In some of the plans, the customer gets two years of free battery swapping, and additional swapping is charged via a subscription.

The scooters’ lithium-ion batteries, from Panasonic, are packaged into two 20-pound squares. Drivers pop them out of the scooter, place into the charging kiosk, and replace them with two fresh batteries.

Battery swapping technology isn’t a new idea. A startup called Better Place launched a battery swapping network along with electric cars in Israel, but it failed to gain traction. Tesla (TSLA) also entertained the idea of battery swapping for awhile, but in recent months has put that idea on the back burner.

Gogoro first focused on Taipei because it’s a so-called “mega-city” that already has a large population of scooter drivers, has limited space for car parking, and is interested in reducing pollution and traffic. Electric scooters can help solve all of those problems.

Gogoro’s co-founder and CEO Horace Luke—who was the former chief innovation officer at HTC— told Fortune that the network and launch in Taipei “is working” and that the company has seen quicker adoption than anticipated. “It’s well on its way to claim success there,” said Luke, who added that he commonly sees Gogoro scooters on his commute to work in the city.

This summer, the company plans to launch in Amsterdam with a second electric scooter network. Amsterdam, which has been eager to adopt smart city and smart grid technology, has partnered with Gogoro on the launch. Of course, Amsterdam is also known for being a haven for cyclists. The city has built a huge network of bicycle routes, which are widely used for commuting and other travel.

WATCH: Learn more about Apple’s plan for an electric vehicle:

After Amsterdam, Gogoro says it’s interested in focusing its attention on the U.S. by selling scooters and potentially building swapping networks. Gogoro will take the data it collects from its new sign-up list to prioritize cities that are the most interested and potentially send scooter chargers to businesses and cafes there. Luke says Gogoro hopes to get U.S. certification for its gear by the second half of 2016.

One of the reasons that Better Place’s battery swap dream failed was because customers didn’t consider its electric cars to be compelling to buy. In contrast, Gogoro has designed a scooter that is desirable beyond its environmental leanings. It’s connected to smart phone services that can find open nearby battery swapping stations, it’s customizable with colors and accessories, and it’s relatively high performance for a scooter.

At CES, Gogoro also announced a new feature that lets people turn on their scooters without a key, using a phone or a finger print identifier.

Introducing a new flashy scooter and developing the battery swapping tech is expensive for any startup, including Gogoro. The company has raised more than $180 million from investors including from its battery-supplier Panasonic, the National Development Fund of Taiwan, Taiwanese investor Samuel Yin, and Cher Wang, the co-founder and chairwoman of HTC.