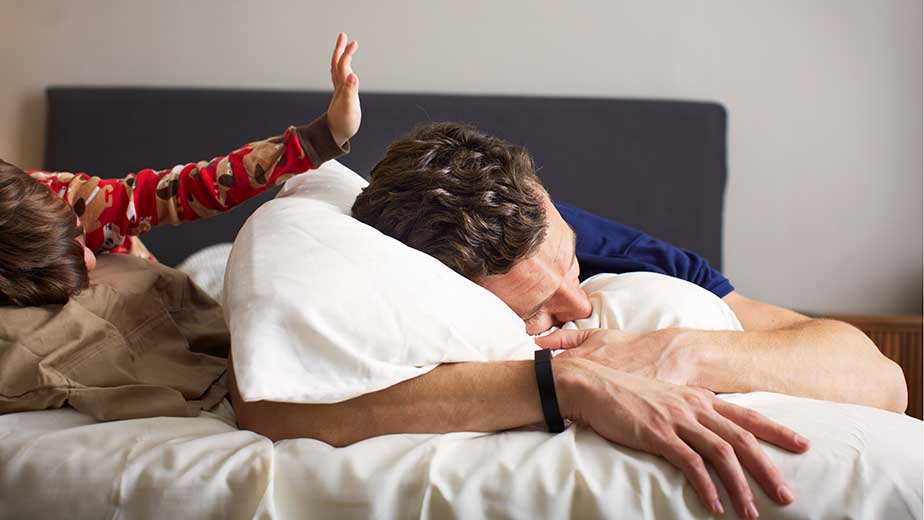 Starting Christmas afternoon, the hottest free download in the iTunes store… was the Fitbit app. And it stayed at the top of the iTunes charts all weekend, a full three days until Dec. 28th, according to AppAnnie.

Guess Santa left a lot of Fitbit trackers under Christmas trees this year. Following the news about the high number of downloads, investors sent the company’s shares (FIT) soaring based on the presumption that it had sold more devices during the holidays than expected.

But just how reliable is fitness tracking?

In a recent review of their performance, experts found that fitness trackers tend to think we’re a little bit lazier than we really are. The devices also overestimate how much sleep people get, and underestimate how far they walk.

The review, released December in the International Journal of Behavioral Nutrition and Physical Activity, looked at 22 studies of both Fitbit and Jawbone tracker models from 2010 to 2015.

And they found that while the trackers undercount how far people walk, they tend to overestimate the amount of vigorous activities they do like running.

Robert Furberg, a clinical researcher for health research institute RTI International and a co-author of the study, says it’s not surprising that the fitness trackers do best at simply counting steps. The devices rely on accelerometers, which measure vibrations.

But when it comes to measuring how fast or slow you’re taking those steps, Furberg says they’re “not totally right,” especially at very slow and very fast speeds. In the lab, the Fitbit Ultra, released in 2011, counted steps accurately more than 80% of the time. When it comes to counting sheep though, the devices aren’t so reliable. In one study, which looked at sleep patterns of people wearing the Fitbit One and Jawbone Up, the devices guessed people slept on average 22 to 23 minutes more than they actually did.

So what can wearers do to increase the accuracy of their devices? The key is to give trackers accurate information about height, weight, and stride length so that they can better measure activity.

In the end, consumer fitness devices can’t compete with the accuracy of lab-quality trackers that cost thousands of dollars more, Furberg says. But he’s “willing to compromise” because he thinks devices like Fitbits, Jawbones and Apple Watches could serve a critical role in helping both clinicians and public health experts encourage people to set goals and learn more about patient lifestyles.

“We all know we need to eat better, eat less and move more, but when it comes to our day-to-day existence, it’s really easy to lose sight of that,” Furberg says.

There’s some evidence to suggest the trackers might already be helping wearers change their habits. In a 2012 national survey, 46% of respondents reported wearing a fitness tracker changed their approach to maintaining health.

As of Thursday afternoon, Fitbit’s app was hovering at number 13 in the free apps category of iTunes. But then again all those New Year’s resolutions haven’t kicked in just yet.

Correction (Jan. 2): This story has been updated to correct the spelling of Robert Furberg’s last name.