The Next Battleground for DraftKings and FanDuel: Illinois 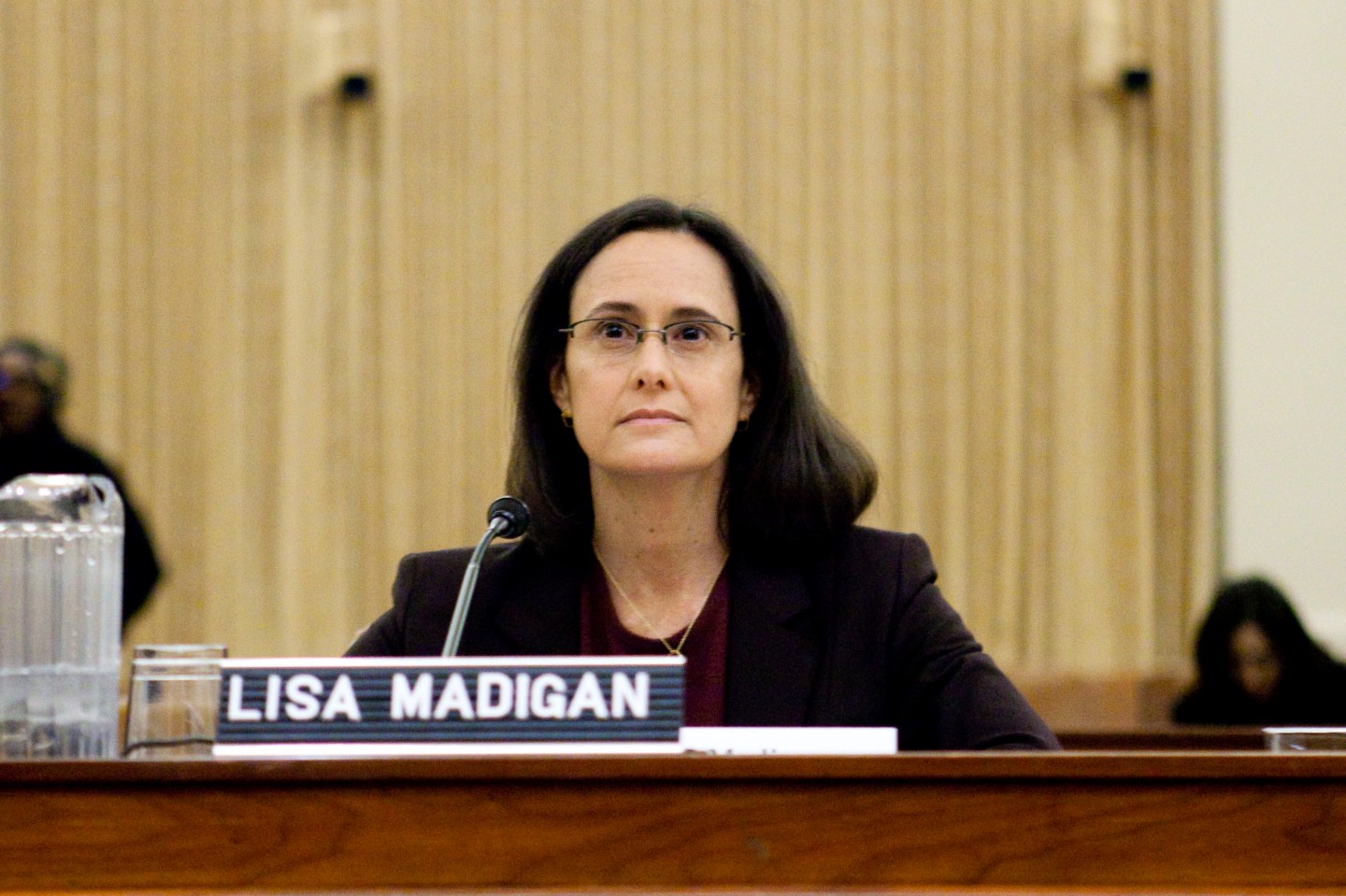 Lisa Madigan, attorney general of Illinois, testifies before the Financial Crisis Inquiry Commission (FCIC) in Washington, D.C., U.S., on Thursday, Jan. 14, 2010. The commission, set up by Congress last year to learn the cause of the financial crisis, started hearings yesterday with the top executives of four of the six biggest U.S. banks. Photographer: Brendan Hoffman/Bloomberg via Getty Images
Photograph by Bloomberg via Getty Images

The biggest sports business story of 2015 was unquestionably the rise of the daily fantasy sports industry—and then the dramatic conflagration over its legality.

This year, Nevada ruled that DraftKings and FanDuel, the market-share leaders, are gambling operators. It told the companies that they cannot operate in the state any longer unless they apply for a gambling license. In New York, attorney general Eric Schneiderman sent them cease-and-desist letters. The two companies have fought back in court.

Now, just in time for the end of the year, Illinois is jumping in on the fight. Last week, Attorney General Lisa Madigan declared her opinion that the contests DraftKings and FanDuel offer “constitute illegal gambling under Illinois law.” She added, in a statement, “In light of the opinion, we expect that both FanDuel and DraftKings will amend their Terms of Use to include Illinois as an additional state whose residents are not eligible to participate in contests.”

Not so fast. The two companies quickly fought back, filing separate countersuits against Madigan. The suits seek to stop her from forcing them to cease operations in the state, which has the third-biggest number of daily fantasy sports players in the country. (The biggest market? New York, where Schneiderman has been much more aggressive and harsh in his language toward the two companies than Madigan, accusing them of “fleecing consumers.”)

DraftKings and FanDuel both asked the Illinois court for an expedited process in scheduling hearings and resolving the issue. But the two companies did not file their countersuits in the same exact way.

FanDuel filed its suit in partnership with an Arizona-based, season-long fantasy company called Head2Head Sports. Aligning with a season-long company may prove smart. Season-long fantasy has not been mentioned much or targeted amidst all the legal scrutiny of daily fantasy sports, mostly because the amount of money isn’t nearly the same. But the fact that FanDuel’s suit has two plaintiffs is also likely the reason that FanDuel will end the year without a hearing schedule in Illinois.

DraftKings got its expedited schedule. But to call it “expedited” might look like a stretch for those that aren’t used to how slow the court system moves. Madigan has until Jan. 22 to respond to the DraftKings complaint. Pre-trial documents or motions are due by April 28. The parties must submit any cross-motions by May 5, and oppositions to such motions by May 19. And a trial, if one is necessary, will take place on June 27, 2016.

That will be more than six months after Madigan first made her official opinion and asked DraftKings and FanDuel to stop operating in Illinois. And the trial may never occur, because an assemblyman in Illinois, Mike Zalewski, has made clear his support of daily fantasy sports, and has sponsored a bill to keep it legal, but regulate it, much like Massachusetts attorney general Maura Healey has suggested in her state.

In other words, at the beginning of the new year, focus will still be on the daily fantasy battle in New York. Further down the road: Illinois. And Texas, Florida, New Jersey, and other states currently looking into the legality of this exploding industry.

Can DraftKings and FanDuel fend off the opposition in 2016? We’ll find out. What happens in New York will be a major indicator for (and influence on) how other states fare.