DraftKings and FanDuel are no longer allowed in Nevada 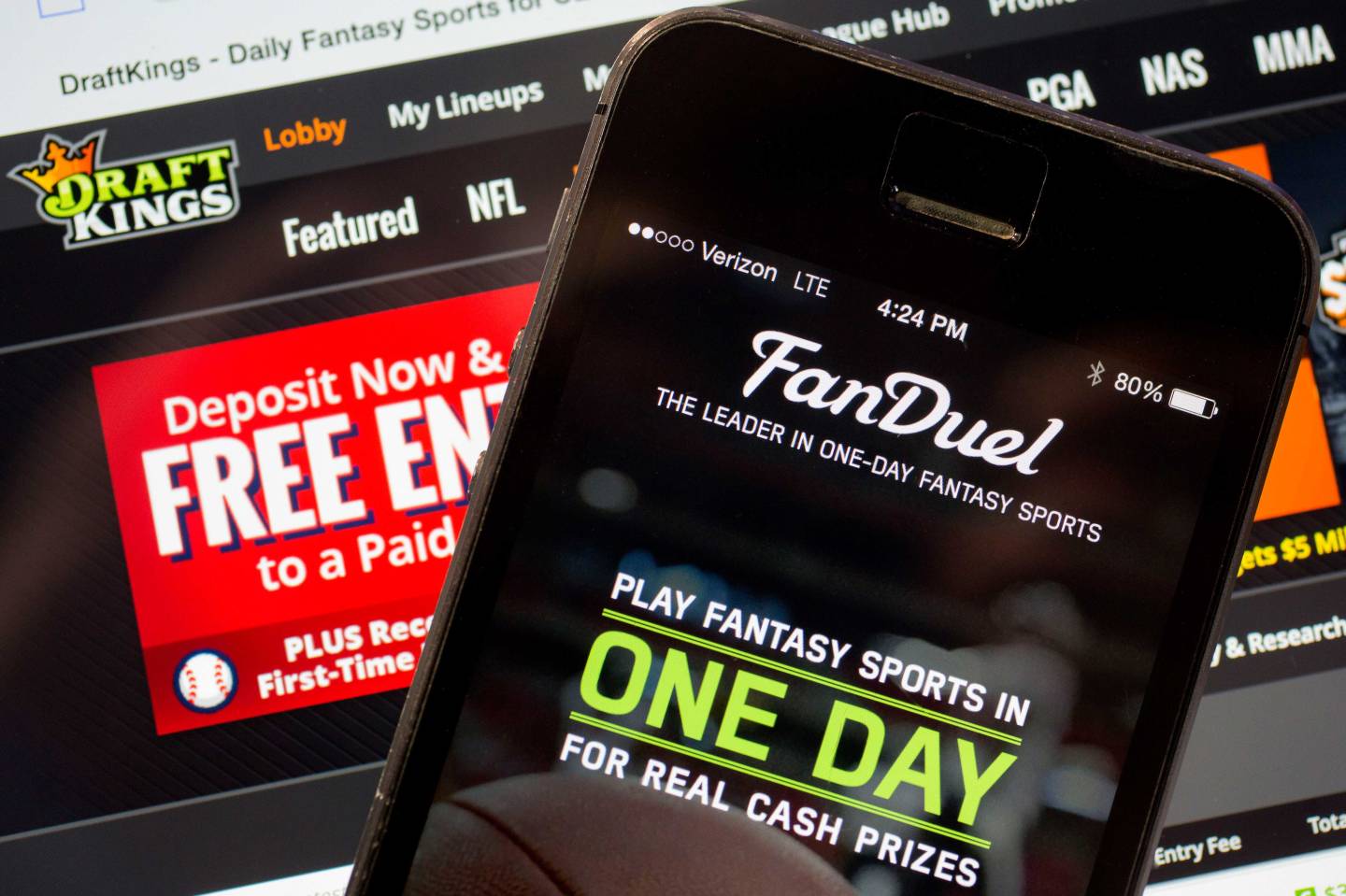 The FanDuel Inc. app and DraftKings Inc. website are arranged for a photograph in Washington, D.C., U.S., on Monday, Oct. 5, 2015. Fantasy sports companies DraftKings Inc. and FanDuel Inc. raised a total of $575 million in July from investors including KKR & Co., 21st Century Fox Inc. and Major League Baseball to attract players to games that pay out millions of dollars in cash prizes in daily contests. Photographer: Andrew Harrer/Bloomberg via Getty Images
Photograph by Andrew Harrer — Bloomberg via Getty Images

Yes, that covers DraftKings and FanDuel, the two red-hot tech startups that have been all over the news since September—at first for their aggressive advertising blitz, then for their involvement in a scandal over insider play.

Earlier this month, the New York Times reported that a DraftKings employee won $350,000 playing in a FanDuel contest. (Read a full timeline of the scandal here.) Since then, the two companies, which together enjoy 95% market share of the daily-fantasy industry, have come under the harsh light of regulatory scrutiny, with investigations launched by the New York State Attorney General and the FBI.

Did DraftKings and FanDuel fly too close to the sun? The decision out of Nevada could be a tipping point in the question over whether these companies—which pay out millions of dollars to users who select a roster of athletes—constitute gambling. Nevada’s decision means that Nevada, for one, does believe it is gambling, and not a “game of skill,” the definition that allows DraftKings and FanDuel to operate in 45 states (now 44).

Nevada did not expressly ban DraftKings and FanDuel specifically—rather, the state has ruled that daily fantasy sports companies are gambling operators, and need to obtain gambling licenses to continue doing business there. In other words, that would logically extend to other daily fantasy platforms as well, like Draftpot, StarsDraft, and even Yahoo’s daily fantasy product. These companies cannot offer service in Nevada unless and until they obtain a gambling operator license there. The companies are allowed to apply for such a license immediately.

“We have found that [entries in daily fantasy sports contests] is a wager,” Nevada Gaming Control Board chairman A.G. Burnett told ESPN, “and obviously, it’s on a sporting event, and DFS companies are in the business of accepting those wagers.”

DraftKings and FanDuel are operational in 44 states in the U.S. The law in each state differs on exactly what is required for a fantasy sports contest to be considered a game of skill. In Kansas, for example, a contest must prove only that it involves more skill than chance—a low bar, easy to demonstrate by showing that the same users win again and again. The bar is much higher in Tennessee and Arkansas, where a game of skill must involve no chance whatsoever.

For now, DraftKings and FanDuel do operate in those two states. They operate everywhere except Arizona, Iowa, Louisiana, Montana, Washington, and now Nevada. The difference between the first five on that list and the last one is that only Nevada has expressly labeled them gambling; the other five states did not make them illegal, but rather, the companies choose not to offer service there because the law is clearly unfriendly. (For a longer explainer on the legality of these companies, see: Are DraftKings and FanDuel totally legal?)

At least one law professor, Marc Edelman of Baruch College, has told Fortune that he believes some of the single-day PGA Tour golf contests that DraftKings offers are in fact already illegal, because federal law appears to require that a fantasy sports contest contain multiple contests. (FanDuel does not offer golf contests.)

DraftKings and FanDuel both sent somber statements late Thursday night about the ruling.

We understand that the gaming industry is important to Nevada and, for that reason, they are taking this exclusionary approach against the increasingly popular fantasy sports industry. We strongly disagree with this decision and will work diligently to ensure Nevadans have the right to participate in what we strongly believe is legal entertainment that millions of Americans enjoy. Unfortunately, we now have to temporarily disable our product for our thousands of customers in Nevada in order to be compliant in all jurisdictions.

On behalf of our users in Nevada, FanDuel is terribly disappointed that the Nevada Gaming Control Board has decided that only incumbent Nevada casinos may offer fantasy sports. This decision stymies innovation and ignores the fact that fantasy sports is a skill-based entertainment product loved and played by millions of sports fans. This decision deprives these fans of a product that has been embraced broadly by the sports community including professional sports teams, leagues and media partners. We are examining all options and will exhaust all efforts to bring the fun, challenge and excitement of fantasy sports back to our Nevada fans. In the interim, because we are committed to ensuring we are compliant in all jurisdictions, regrettably, we are forced to cease operations in Nevada.

After all the hue and cry of the past 10 days, these two controversial companies may no longer be surprised by every new negative development.

Note: An earlier version of this story incorrectly identified the Nevada Gaming Control Board chairman as A.J. Burnett; he is A.G. Burnett.