Fitness Has a New Business Model 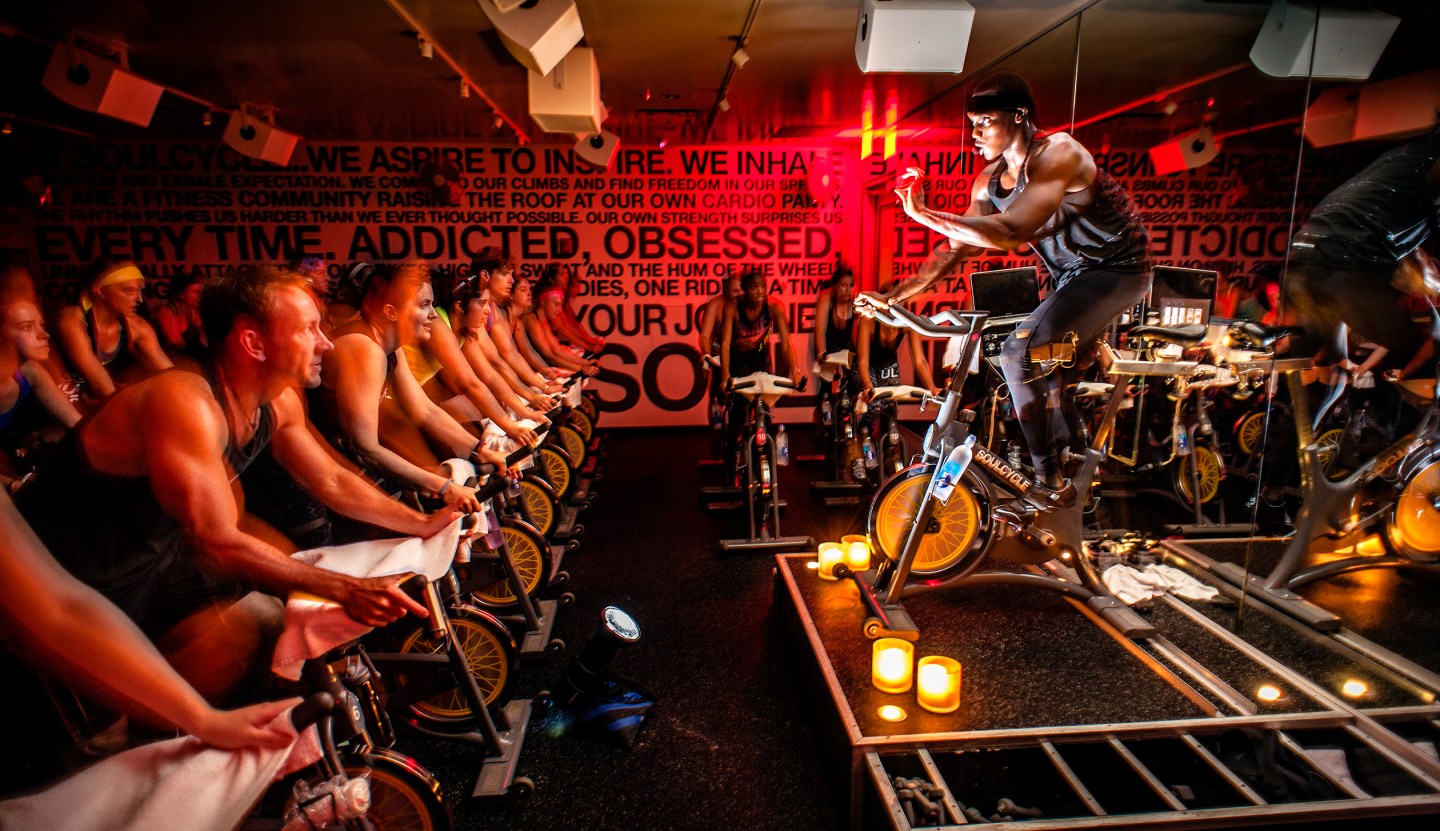 WASHINGTON, DC -- JULY 15: Wayne Phillips is an instructor at Soul Cycle in Foggy Bottom, and has been teaching for a year. He has a great following with all his classes fully booked.. (photo by Andre Chung for The Washington Post via Getty Images)
Getty Images

Most Fitness fads last about as long as a Jane Fonda workout video. American health enthusiasts are fickle. Just ask bankrupt Bally Total Fitness—or walk into a gym in April, after those New Year’s resolutions fade.

The industry’s latest obsession, though, may have greater endurance than most. Instead of a typical membership model, new studios are offering trainers and classes in single pursuits like cycling, yoga, or boxing. The class-based model’s poster child, SoulCycle, is hoping to raise more than $200 million in its imminent IPO.

U.S. membership in health clubs hit an all-time high of 54.1 million in 2015, according to the International Health, Racquet & Sportsclub Association, meaning SoulCycle will be entering a bullish market. And the $29.8 billion fitness industry is projected to add another $5.7 billion in revenue over the next five years, according to IBISWorld.

At the high end of the market, spin studios and their ilk enjoy a cost premium, says IBISWorld analyst Sarah Turk, and their lifestyle focus means people also might stick with it past January. “It’s not just a workout,” says SoulCycle CEO Melanie Whelan. “Our studios are really sanctuaries.” That mind-set may benefit both waistlines and wallets.