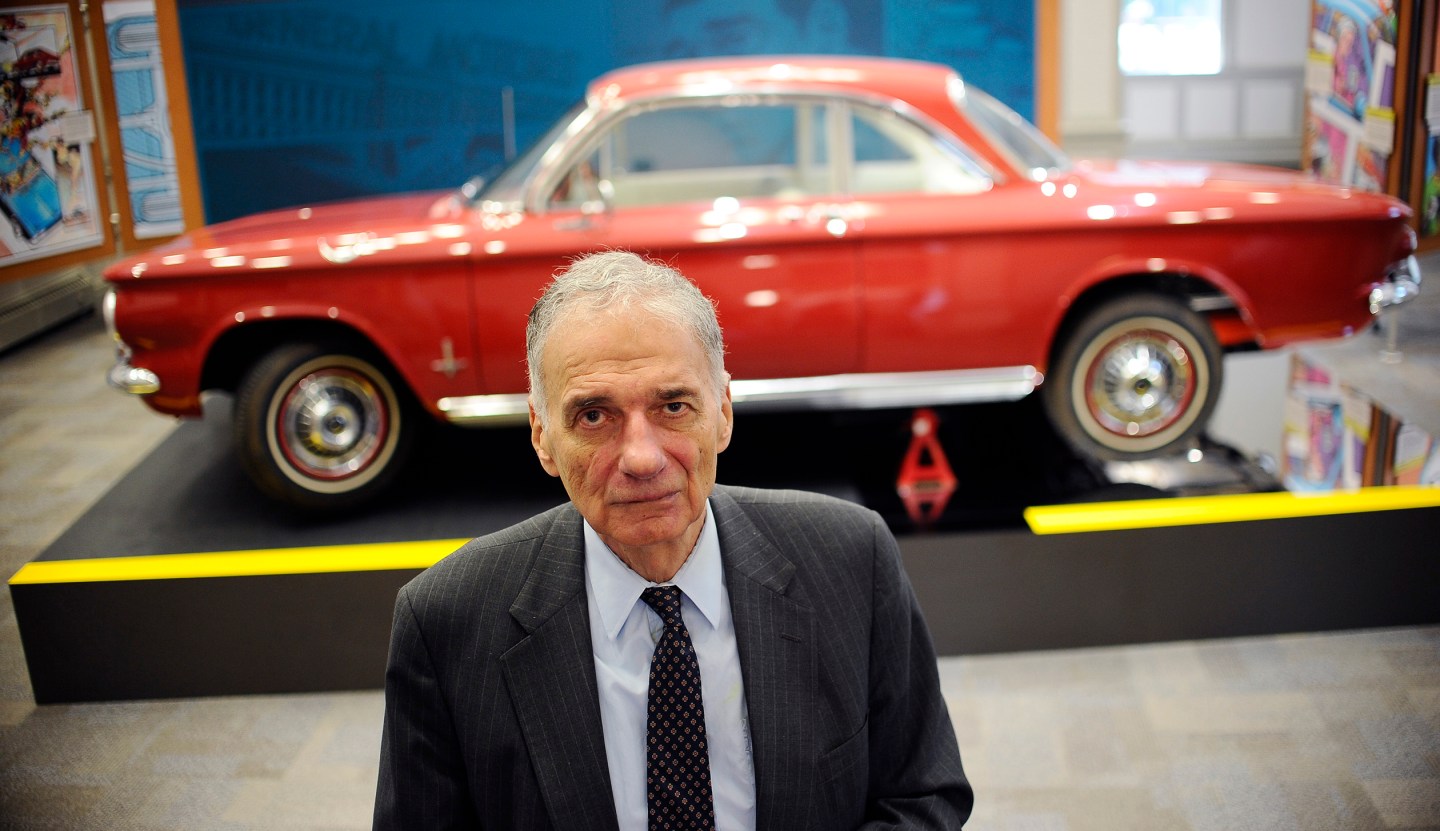 Ralph Nader stands in front of a Chevrolet Corvair in The American Museum of Tort Law, Friday, Sept. 25, 2015, in Winsted, Conn. The museum, which opens Saturday, has been developed by the consumer advocate and two-time presidential candidate as a kind of ode to the jury system. Nader featured the Corvair in his 1965 book on the auto industry’s safety record, “Unsafe at Any Speed”. (AP Photo/Jessica Hill)
Jessica Hill—AP Photo

For way more than half of his 81 years, Ralph Nader has been in the national spotlight. Yet he resists economic labels. Capitalist? Socialist? “I’m a seeker of justice, a sense of fair play,” insists the lawyer-consumer activist who has just opened a museum celebrating (gulp!) tort law and class action suits in his hometown of Winsted, CT.

That’s not a museum opening you’ll find many Fortune 500 CEO’s raising a toast to. Still, the brilliant and obsessive octogenarian behind America’s auto safety reforms is always worth listening to. On a chilly Washington afternoon—in the same office where I launched my own writing career, working for Nader, decades ago—he shared his most recent critique of America’s big-name capitalists.

“They are sitting on trillions of cash in this country and they don’t know what to do with it, so they buy their own stock,” Nader says, singling out Walmart (WMT) and Apple (AAPL). “It doesn’t produce investments in productive facilities. It doesn’t increase dividends for shareholders. It doesn’t increase employee wages. It’s just to enhance the compensation of bosses.”

Not surprisingly, Nader supports capping the ratio of CEO-to-worker salaries and is a fan of Socialist presidential candidate Bernie Sanders. Does Nader, whose 2000 run for president caused Democrats to accuse him of being a spoiler for Al Gore’s chances, have any more political ambitions up his sleeve? Probably not on the campaign trail. But stay tuned: His determination to forge America’s populist left and right wings into a broad-based political movement may be finding new life in an America where populism is surging.

A version of this article appears in the January 1, 2016 issue of Fortune with the headline “Ralph Nader’s New Museum; Old Soapbox.”