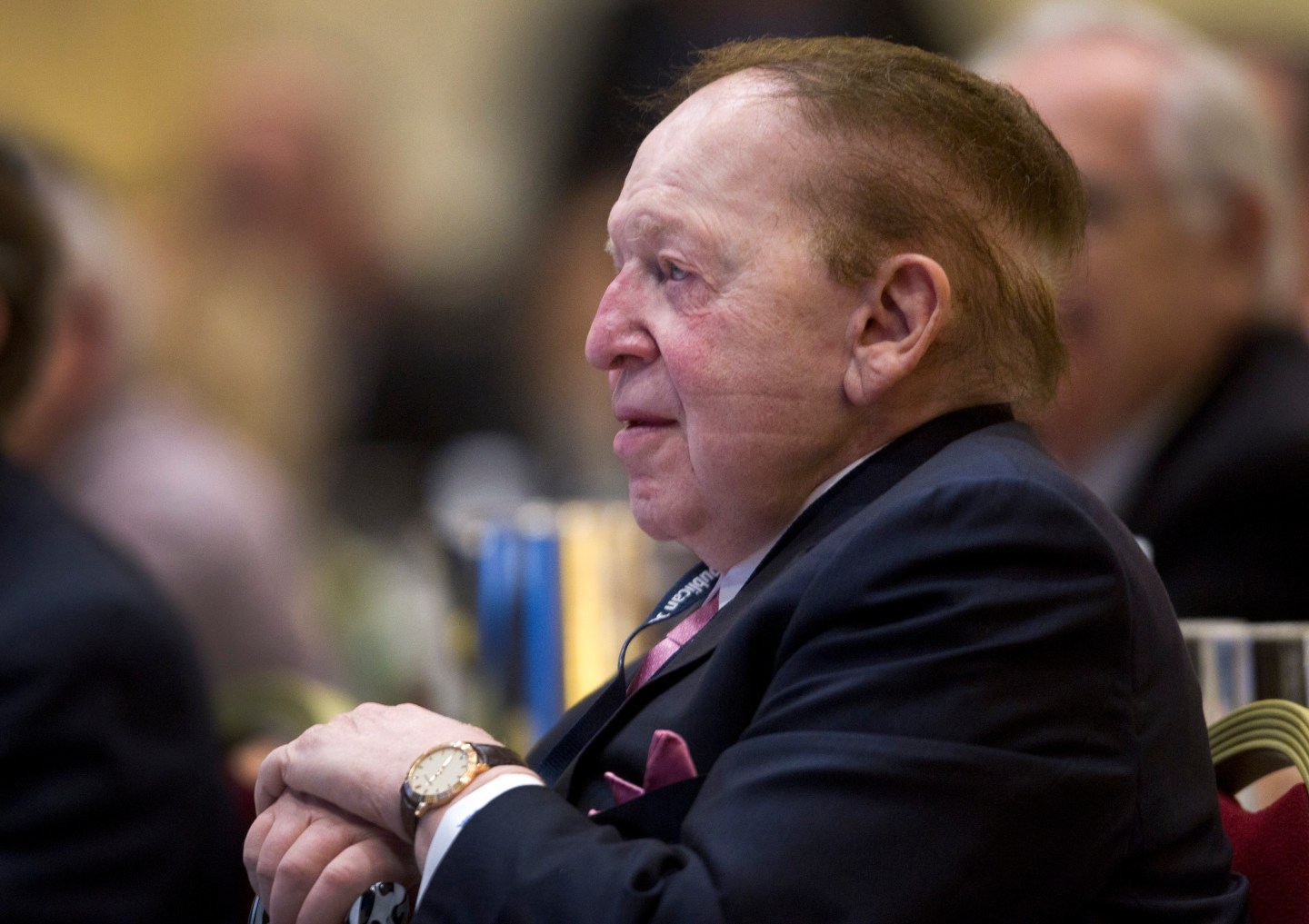 For nearly a week, the media and political worlds have been wondering who paid $140 million to purchase Nevada’s largest daily newspaper, The Las Vegas Review-Journal. The primary buyer had taken great pains to remain anonymous, but Fortune has learned from multiple sources familiar with the situation that it is Sheldon Adelson, chairman and CEO of casino operator Las Vegas Sands Corp. (LVS).

Adelson, a major Republican Party donor who hosted Tuesday night’s debate at his Venetian property, had been widely rumored to be the buyer—including by employees at the Review-Journal itself, which this morning ran a front-page story that detailed Adelson’s ties to Michael Schroeder, a regional Connecticut newspaper publisher who was the only person listed on regulatory filings related to the sale.

Schroeder yesterday declined to identify the primary buyer, or to explain how he became involved with the Review-Journal purchase. Adelson has not responded to repeated requests for comment over the past several days.

What remains unclear is why Adelson has refused to come forward. Clearly this isn’t a vanity play, and it’s also hard to imagine it as a financial investment (particularly given the steep price tag). What that leaves is political influence, particularly in a swing state like Nevada. That said, however, it would seem difficult to direct editorial coverage when the actual editorial writers are in the dark as to who signs their paychecks.

One possibility is that Adelson wanted his anonymity to last only through last night’s debate—before which he huddled privately with Donald Trump—so as not to become a distraction. But, if that were the case, an announcement likely would have been made by now.

So while the big question has been answered, plenty more remain.

Update: Late Wednesday night, the Review-Journal reported that Adelson financed the purchase, but structured it via a family member: “Patrick Dumont, who is listed on the website of Las Vegas Sands Corp. as the company’s senior vice president of finance and strategy, put together the deal at the behest of his father-in-law.”

Update II: Adelson has confirmed the purchase on Thursday morning, via a statement in the R-J.

For more on the U.S. presidential race, watch this Fortune video: