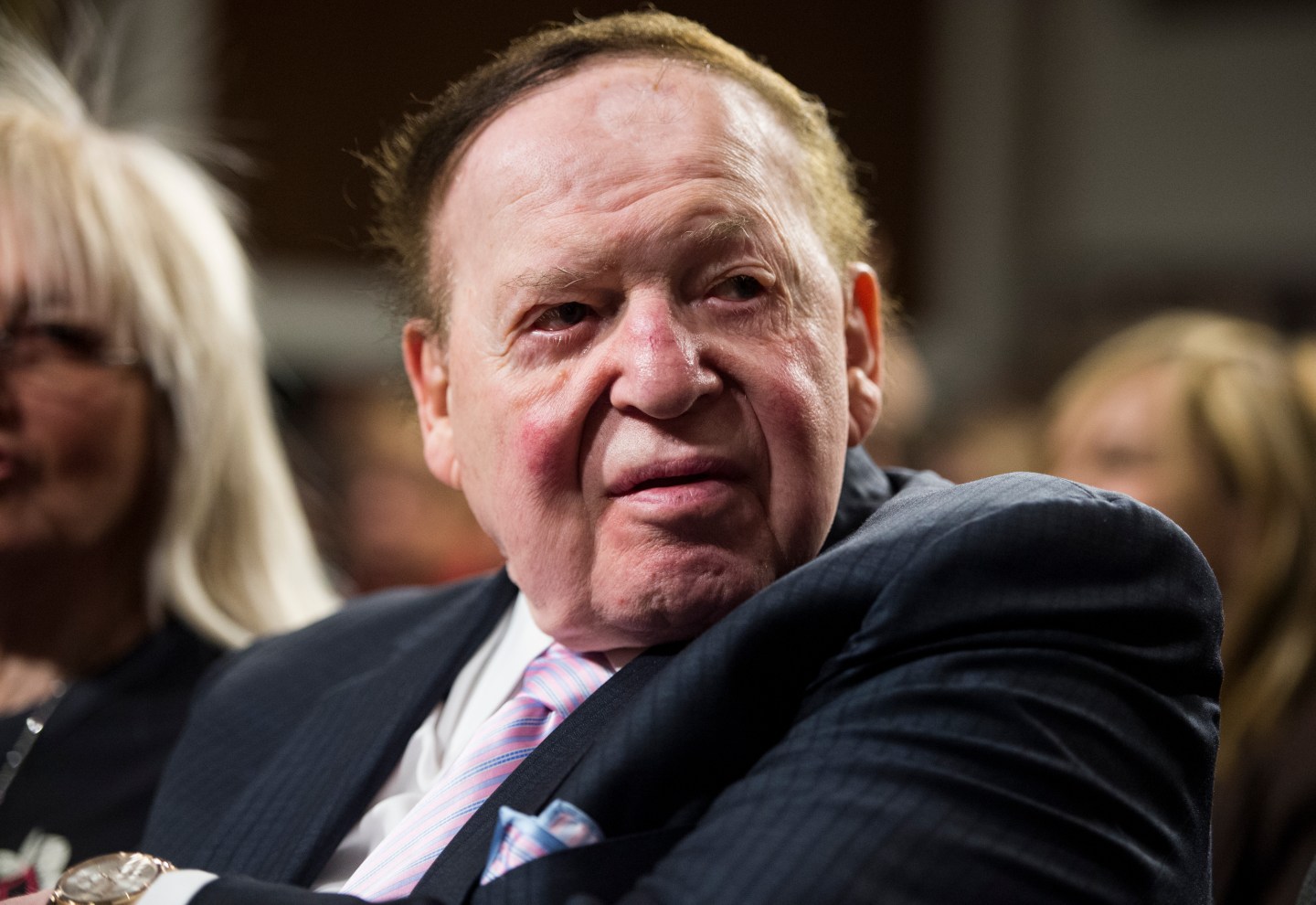 “You’d think a bunch of journalists could figure out who bought a newspaper.”

That was from one of my readers, referencing the ongoing mystery over who purchased Nevada’s largest daily newspaper, the Las Vegas Review-Journal, last week for $140 million. Not only have outside reporters like yours truly been unable to confirm the buyer’s identity, even the newspaper’s own rank-and-file staff aren’t certain of who will be signing their paychecks.

Before continuing, let’s get this out of the way: A number of industry sources believe the lead buyer is Sheldon Adelson, the casino magnate and Republican Party mega-donor who will be hosting Tuesday’s GOP presidential debate at his Venetian Las Vegas property. But they don’t know for certain, and Adelson himself isn’t returning requests for comment, confirmation or denial.

So why have we not (so far) been able to definitively crack the case?

1. Structure: The buyer set up a limited liability company in order to purchase the paper, which means that there are far fewer reporting requirements than if the buyer had set up a C corporation or purchased the newspaper via an existing C corporation. The only name listed on the documents is a regional newspaper owner in Connecticut named Michael Schroeder who is keeping his mouth sealed, likely as a condition of whatever payment he received to serve as the LLC’s “manager.” (Schroeder declined comment.)

2. Tiny circle of trust: The newspaper was sold by New Media Investment Group (NEWM), which is a holding company for newspaper publisher Gatehouse Media. But I spoke earlier today with a top member of the New Media Investment Group team who, speaking on the condition of anonymity, acknowledged that he too had little more than strong suspicions. “They wanted to remain anonymous,” said the source, adding that only a few individuals on the sell-side knew who was really on the other end. In other words, no lower level staffers — or third parties, like bankers — to spill the beans. The newspaper’s publisher Jason Taylor has been apprised of the new owner’s identity, but apparently values his own job over the legitimate information needs of his own employees and readers.

A Las Vegas Review-Journal article published on Friday said that Taylor told workers only that “News + Media has multiple owner/investors, that some are from Las Vegas, and that in face-to-face meetings he has been assured that the group will not meddle in the newspaper’s editorial content.” Taylor also removed quotes questioning the ownership anonymity from later editions of last Friday’s edition.

3. Novel approach: Buyers usually want to tell the world that they bought something. Particularly when that something is a newspaper, since the primary objective is typically some combination of: (a) Vanity, (b) Civic largesse, or (c) Influence. But not in this case. So it’s not vanity. And probably not civic largesse either, since the secrecy could be internally corrosive to the institution. That leaves us with influence, although it’s unclear how to sufficiently influence coverage — even on the editorial page — without revealing yourself. Unless the Review-Journal‘s publisher is to be the subservient messenger boy, at which point the corruption will almost certainly be disclosed by offended newspaper staffers.

I would assume that, at some point, there will be as leak. Or the buyer’s desire for acknowledged influence will trump his desire for secrecy. But, for now, this all has been very well orchestrated. Almost like a game in which the house always wins…