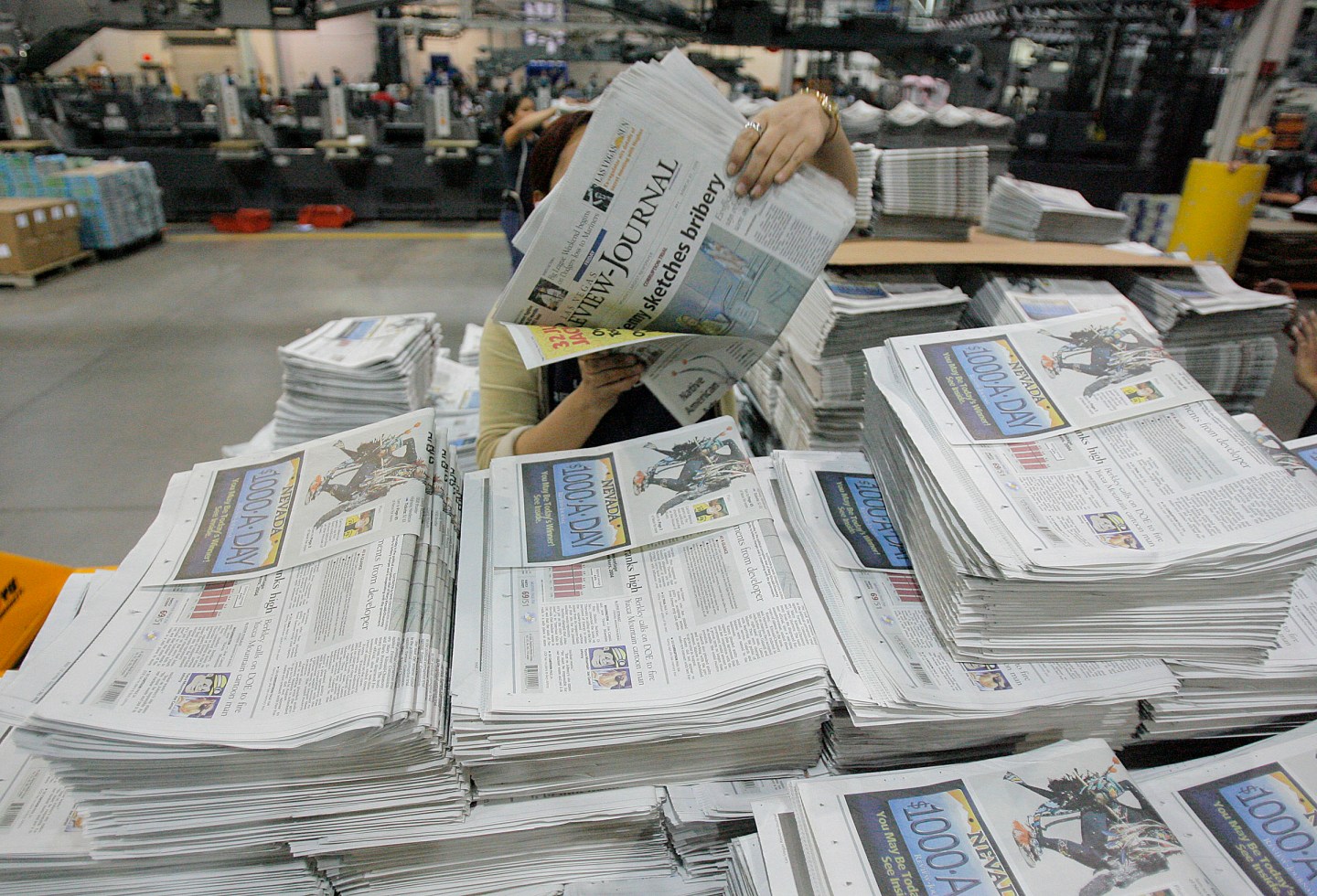 We still don’t know who paid $140 million to buy The Las Vegas Review-Journal, Nevada’s largest daily newspaper with a circulation in excess of 175,000. But one rumored purchaser tells Fortune — via a spokesman — that it wasn’t them: Charles and David Koch, co-founders of Koch Industries and major donors to conservative candidates.

The media and political worlds have been scratching their heads since Gatehouse Media sold the paper last week to a limited liability company called News + Media Capital Group. The organization seems to have been created for the singular purpose of buying the Review-Journal, and also to shield the new owner’s identities.

Given Nevada’s recent history as an important swing state in presidential races — Nevadans have picked the winning presidential candidate in 9 straight elections — there has been a lot of speculation that the secretive purchase was made for the purpose of swinging local political opinion. The Kochs were among the possible names bandied about, but a spokesman says it wasn’t them.

One other popular guess has been Las Vegas casino tycoon Sheldon Adelson, but his representative has not yet returned a request for comment.

Most of the newspaper’s employees also remain in the dark, including those tasked with reporting on the change in ownership. An article published on Friday said that publisher Jason Taylor told workers only that “News + Media has multiple owner/investors, that some are from Las Vegas, and that in face-to-face meetings he has been assured that the group will not meddle in the newspaper’s editorial content.”