J.J. Abrams Is ‘Terrified’ Over the New ‘Star Wars’ 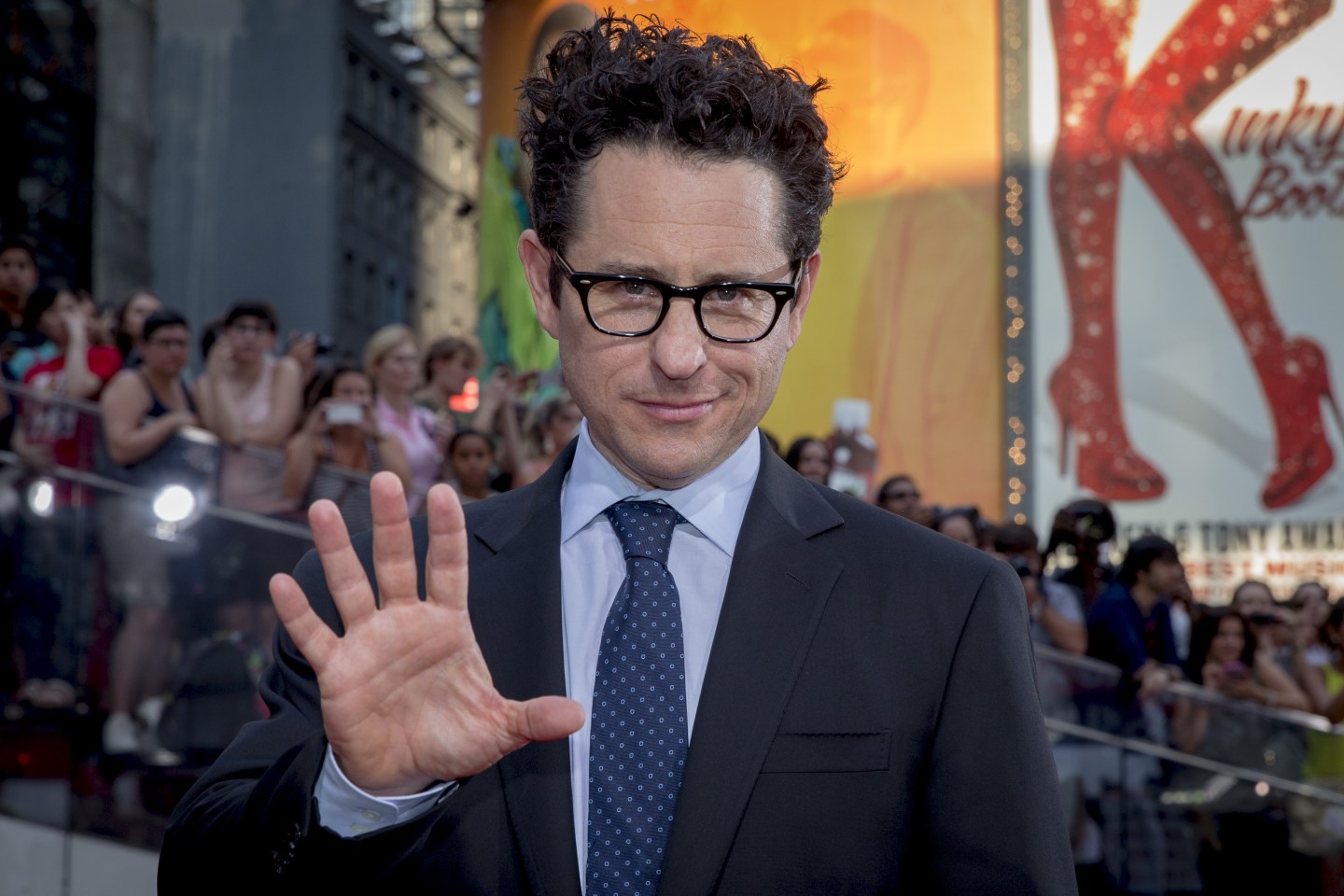 J.J. Abrams—the director of the year’s most highly-anticipated movie, Star Wars: The Force Awakens—is understandably worried that the movie may fall short of what have become massive expectations. The sequel, which premieres in Los Angeles tonight before opening nationwide later this week, is projected by industry analysts to make anywhere from $1.5 billion to $2 billion in global box office.

Those totals would make the film one of the highest-grossing movies of all time, but coming up short would still make it a very high-grossing disappointment. Steven Spielberg—no stranger to blockbuster films himself as well as a friend and mentor to Abrams—told CBS’ (CBS) 60 Minutes recently that Abrams is “terrified” that The Force Awakens could fail to live up to those expectations.

Of course, it comes as no surprise that Abrams—a well-known Star Wars super-fan—would be nervous about the new film’s box office performance. “There are moments of just abject terror,” Abrams told 60 Minutes.

The Force Awakens is still likely to be the highest-grossing Star Wars film ever, based on actual ticket sales only. But, the film would actually have to make more than $2 billion to top the original 1977 film’s inflation-adjusted box office haul of $2.016 billion, according to research firm Rentrak. (For what it’s worth, the highest-grossing film of Abrams’ career so far is 2013’s Star Trek Into Darkness, another sci-fi franchise sequel that pulled in $467 million globally.)

Adding to the pressure that any lifelong Star Wars fan would feel when tasked with moving the franchise forward is the fact that Walt Disney (DIS) paid $4 billion for franchise-owner Lucasfilm just three years ago and hand-picked the 49-year-old Abrams to take over directing duties from Star Wars creator George Lucas, who continues to serve in an advisory role.

Disney invested a lot of money in Star Wars with the expectation that the franchise would return that investment many times over. After The Force Awakens, Disney has at least four more sequels and spin-offs planned for the next several years—all of which could bring in more than $5 billion total, at least—while the related merchandise, which includes toys and other products, is expected to result in roughly $5 billion in sales in 2016 alone.

The franchise is a giant business and a box office flop for the first Star Wars released under the Disney umbrella could have a domino effect that would weigh on sales of related products and hurting the overall return on investment for the “Mouse House.” In other words, Abrams will have more than just irate fanboys on his back if Star Wars: The Force Awakens turns out to be a disappointment, so it’s no wonder the director is feeling the pressure.