Never Do This When You’re Starting a New Business 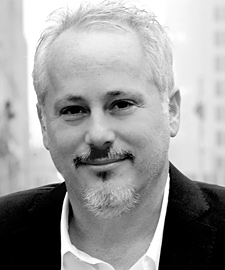 The Leadership Insider network is an online community where the most thoughtful and influential people in business contribute answers to timely questions about careers and leadership. Today’s answer to the question “What’s the most important lesson you’ve learned in your career?” is by Adam Ochstein, founder and CEO of StratEx.

As an entrepreneur for the last 16 years, it’s hard to say the one most important lesson I’ve learned along the way is, so here are a few:

Never say “never”
There are things I’m doing today as an entrepreneur that I wouldn’t imagine doing when I first started the company. For starters, StratEx originally was a sales consulting firm from 2001 to 2003 in NYC. In 2003, I moved the company to Chicago and recreated it into a human resources consulting firm. The amount of times I heard, “That will never work,” was overwhelming: you can’t recreate a company with a new service keeping the same logo; customers won’t follow you; you’ll never be able to build the company as the sole sales person (I didn’t hire a sales team until 2015). Never listen to those who say, “never,” because if you do, both you and the company won’t grow.

Don’t burn bridges
Whether it’s a former client, an employee, or a vendor. You never know where future business will come from and one of the biggest mistakes leaders make is giving people the cold shoulder. For example, when a top performer quits, leadership may want them to leave immediately. However, if a month later that employee realizes they made a mistake and wants to come back he and/or she may be hesitant if they were treated poorly during their exit from the company. If a vendor messes something up, don’t yell. If a candidate isn’t the right fit, don’t be disrespectful. These people could end up working at a company that your business works with currently or down the road.

Nothing is perfect
Processes are never perfect and if a manager, executive, or founder thinks “their way of doing things” is perfect, they’re delusional. There is always room for improvement, whether it’s in relation to hiring or a client service. One of the biggest losses of profit can come from companies who are in denial that their processes, products, or services need improvement, and refuse to increase efficiencies when/where they are lacking.

Delegate responsibilities
This may be hardest for entrepreneurs because they’ve put their blood, sweat, and tears into starting the company, but as the company grows, they quickly realize they can’t do it all. As an entrepreneur, you want to make sure everything is being done correctly, but by doing that you’re slowing the company’s growth. As a leader, understand what your priorities are and focus on them, delegate everything else otherwise you could potentially become a bottleneck.

You Should Never Hire A Job Candidate Without Doing This First by Phil Friedman CEO of CGS.

The One Quality A Leader Should Never Lack by David Silverman, CEO of McChrystal Group.

What This CEO Learned From a $40 Million Mistake by Brad Smith, CEO of Intuit.

The Most Valuable Lesson You Learn As An Entrepreneur by Shahrzad Rafati, founder and CEO of BroadbandTV.

Why It Pays To Be Nice at Work by Erin “Mack” McKelvey, CEO of SalientMG.

The best way to plan for a successful career? Forget the plan by Stephen Cannon, CEO of Mercedes-Benz USA.