Why ‘Rock Band VR’ Matters to Facebook and Oculus 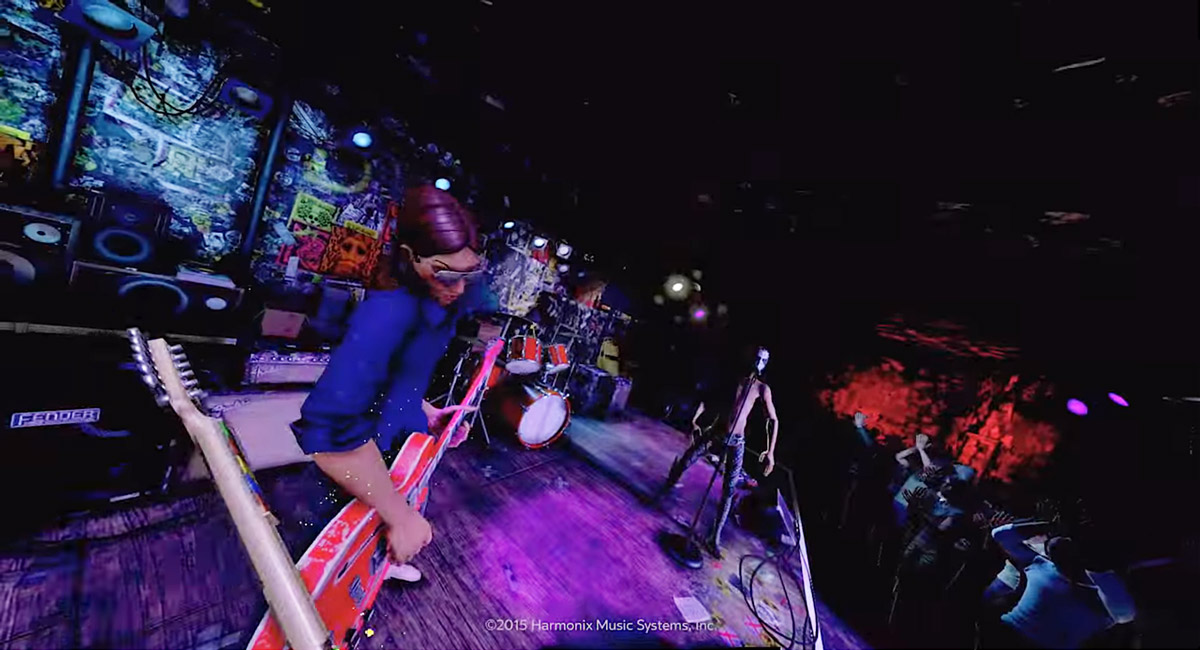 When Facebook acquired Oculus VR for $2 billion last year, it gave the virtual reality startup a huge advantage over the competition in the PC space. Facebook’s (FB) deep pockets have allowed Oculus to accelerate its own hardware development, expand into linear storytelling with Oculus Story Studio, and partner with game developers for exclusive content like Harmonix Music Systems’ Rock Band VR.

Brendan Iribe, CEO of Oculus VR, says Rock Band VR is going to connect people to live music like never before, letting them experience the feeling of stepping on stage and rocking out in front of a roaring audience.

The “reimagining” of the music video game franchise will combine the now-standard plastic instruments like guitars with new Oculus Touch controllers and tracking technology.

“If it’s the right content, exclusives are a big deal in the virtual reality market,” says Gene Munster, senior research analyst at Piper Jaffray(PJC). “Minecraft on Oculus Rift is a huge deal because it connects with the demographic interested in VR. Rock Band VR, which is going to be easier to replicate in VR, is another established game franchise that connects with a large gaming audience.”

“We know that female and young consumers who are likely to purchase head-mounted displays in the near-term are particularly drawn to musical VR experiences,” Dawson says. “Approximately 30 to 40% of those interested in trying virtual reality indicate they’d want to attend a live concert or musical experience such as Rock Band’s. This is a trend that’s been consistent across our U.S. and U.K. consumer studies. Considering the popularity of music games on consoles, Oculus may also be trying to entice current console owners to switch to its PC-first platform.”

Harmonix and Mad Catz (MCZ) released Rock Band 4 on Xbox One and PlayStation 4 on Oct. 20, which Wedbush Securities analyst Michael Pachter forecasts will sell $100 million worth of games and controllers.

Harmonix also has a very different exclusive music game, Harmonix Music VR, in development for Sony’s PlayStation VR. Rather than replicating a rock band experience, this game lets players explore and interact with trippy worlds that groove to the beat of licensed songs.

Samsung (SSNLF) Gear VR, which is available at retail for $99, has its own portable music virtual reality game. Developer Yorick van Vliet released Audio Arena, which features 20 techno tracks that players can use to help eliminate enemies as they navigate arenas by turning their head.

“Music in VR is an important genre for educating and enticing consumers,” Greenlight’s Dawson says. “Music is a barrier-less experience, and non-early adopters will immediately conceptualize and understand the value of experiencing music in an immersive environment.”

Since delaying the launch of HTC Vive until next year, HTC has been quiet about everything from price point to a new launch date. But Piper Jaffray analyst Travis Jakel believes HTC will have some type of music game for its new virtual reality platform, which runs on Valve’s SteamVR.

Rock Band VR is part of a new “race for content,” according to Munster, as Oculus and Sony try to get people excited about virtual reality heading into 2016.

Sony (SNE) has over 30 million PlayStation 4 consoles around the globe that will instantly connect to PlayStation VR. And Jakel believes 10% of all PCs in the world will play Oculus Rift as is, while another 10% of PCs will simply need a $300 graphics card update from Nvidia (NVDA) or AMD(AMD).

Greenlight VR research analyst Eva Goins says mainstream games like Rock Band will be important to use as boosters to get casual gamers interested in VR.

And Rock Band VR will be easy for Facebook to cross-promote across its social network.