Why ‘Rock Band 4’ is getting the band back together 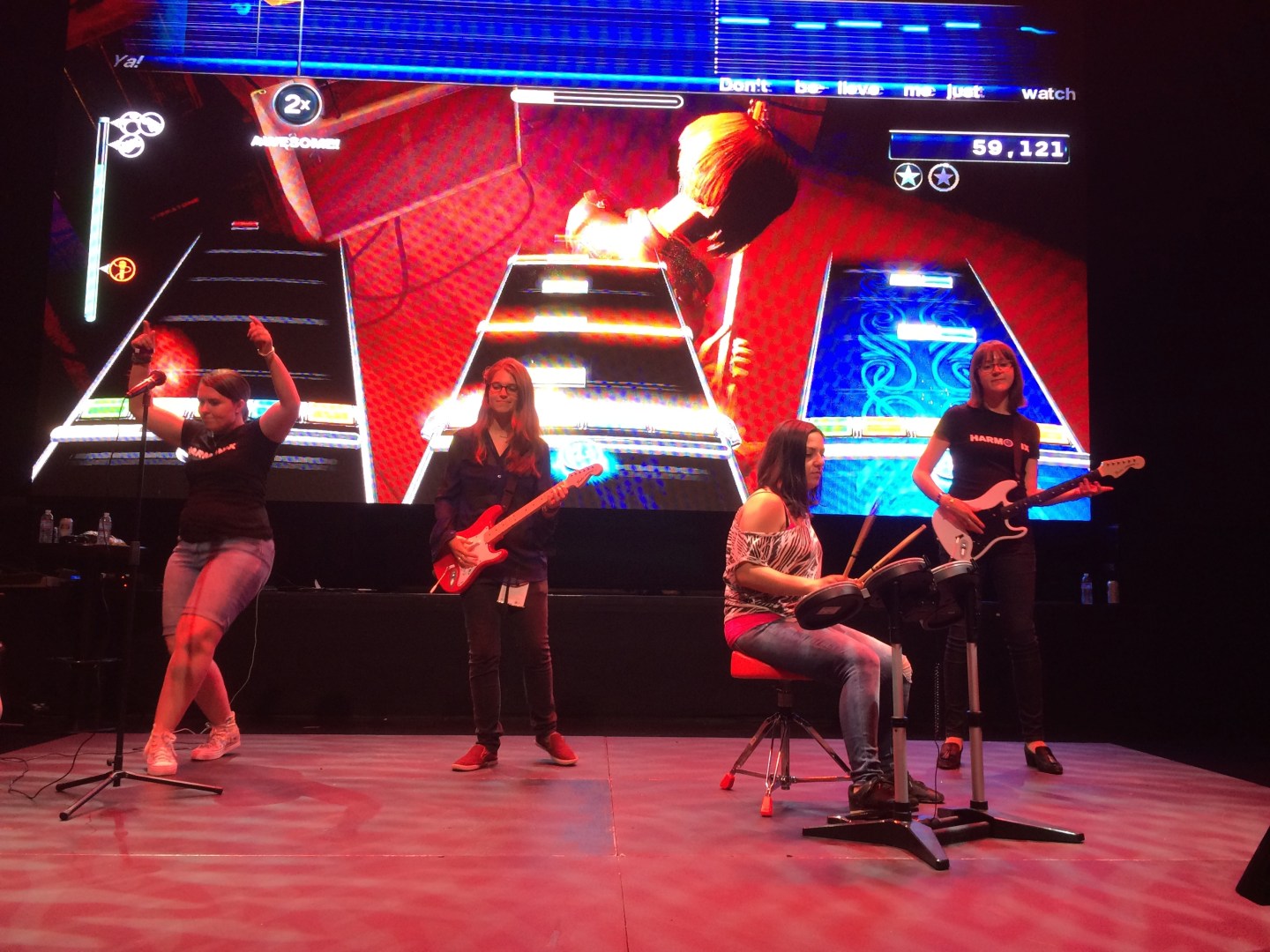 And on Oct. 6, Harmonix and co-publisher Mad Catz Interactive will unleash Rock Band 4 for Sony PlayStation 4 and Microsoft Xbox One. The game will be backwards-compatible with previous plastic instruments like the drum kit, guitars, and microphone, but players can purchase brand new instruments that have been upgraded with new gameplay options.

MORE: This $3 billion game franchise crashed and burned five years ago, but now it’s back. Here’s why

“Rock Band is more expensive, and although I’m sure that they have a ton of money, Harmonix is unlikely to spend as much as Activision promoting the game, so they are unlikely to get as much distribution,” Pachter says. “I expect Guitar Hero will sell 4x as many units as Rock Band. I would be surprised if Rock Band exceeded that figure, but wouldn’t be surprised if Guitar Hero does, as it is less expensive and available for legacy consoles.”

Darren Richardson, president and CEO of Mad Catz, a company that focuses on making video game peripherals, says even $100 million in sales will be a huge boost for his bottom line. Mad Catz will handle global retail sales, promotion, and distribution of the Rock Band 4 game and hardware bundles, as well as make all of the peripherals, while Harmonix will handle all digital sales and content.

Richardson says of the 1.2 million units of Rock Band 3 that consumers purchased, Mad Catz sold approximately 400,000 bundles of the 2010 release, which was a huge shot in the arm for the company. Mad Catz stepped in and took over publishing of the title in November 2011, after MTV Games and EA launched the game in October 2010. This time around, Harmonix is taking the lead from the initial launch of the game.

“We’ve stripped back to the core gameplay experience as a favorite party band,” Richardson says. “Rock Band 3 got carried away with innovation that didn’t add to the gameplay. A lot of work went into teaching kids how to learn to play instrument, but people really just wanted to play and have fun with friends and family. We think the timing’s right for Rock Band 4 given the installed base of PS4 and Xbox One.”

Richardson notes that while Guitar Hero and Rock Band were on hiatus, Ubisoft’s Rocksmith music game franchise sold a couple million units a year and keeps plugging away.

“Music games are not dead, it’s just the way you interact with music changes from time to time,” Richardson says.