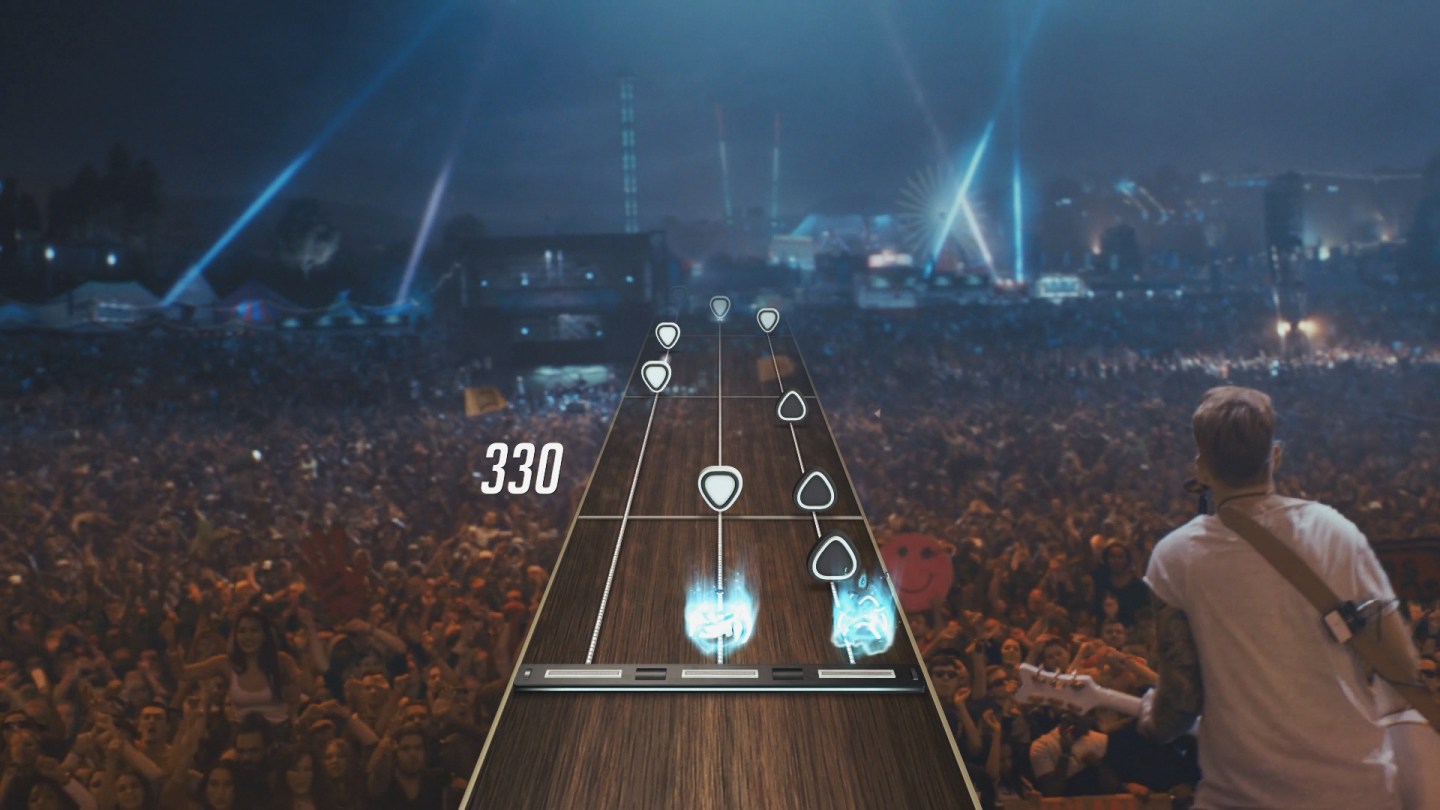 Activision Publishing, a division of Activision Blizzard, hopes gamers will once again rock out in Guitar Hero Live, which is the first new game in the $3 billion franchise in five years.

Bhatia forecasts the Guitar Hero Live will sell one to two million copies worldwide this fall. Peter Warman, CEO of Newzoo, believes the video game music revival will generate over $100 million globally with Activision’s music game accounting for 75 percent of the market.

So with these solid numbers, why did companies abandon the music game genre in the first place? The answer is simple: too much of a good thing.

“Guitar Hero and Rock Band saturated the market and sold consumers too much, too quickly,” Michael Pachter, analyst at Wedbush Securities, says. “The fact is that the games were packed with 85 songs each, and that was more than a year’s worth for most people. There was just no reason to buy the games every year.”

According to Eric Hirshberg, CEO of Activision Publishing, Guitar Hero Live, which has been in development for over four years, is the result of a lot of creative experimentation. Activision didn’t target 2015 to relaunch the game.

“Having 10 million Facebook fans after not having a game in the market for five years is remarkable, so the brand is strong,” Hirshberg says. “We knew we had that going for us, but we also knew that reinventing this thing was really important. We needed to create something that no one could say, ‘been there, done that,’ and that even the most hardened cynic would think looks fresh.”

“Part of what you’re seeing from what we learned with the previous Guitar Hero games is reflected in Guitar Hero TV, which allows us to bring new music to people through this living, breathing 24-hour music network,” Hirshberg says. “Before music was tied to new discs, and now we can continually keep the game fresh without requiring gamers to buy a new game every time.”

The game, which will launch this fall, will face off against a brand new Rock Band 4 game. While the new Rock Band will be released exclusively for PlayStation 4 and Xbox One, Activision is bringing Guitar Hero to PS4, Xbox One, PlayStation 3, Xbox 360, and smartphones and tablets.

The mobile version of the game, a first for the franchise, taps into a growing audience of billions of smartphone and tablet users is , which follows in the footsteps of last year’s Skylanders: Trap Team. Pachter believes people will play Guitar Hero Live with a tablet or smartphone connected to a TV, although the majority will still play on a console.

With so much music—hundreds of playable songs at launch with more to be added digitally—Pachter says Activision learned that consumers won’t necessarily buy a new music game every year. He believes if this Guitar Hero game succeeds, a sequel won’t be released for two years.

A lot has changed since the music genre dominated the video game industry, but the mainstream appeal of living the dream of a rock star remains strong. The key for the success of Guitar Hero, as well as Rock Band, now squarely lies in what was learned the first time around.