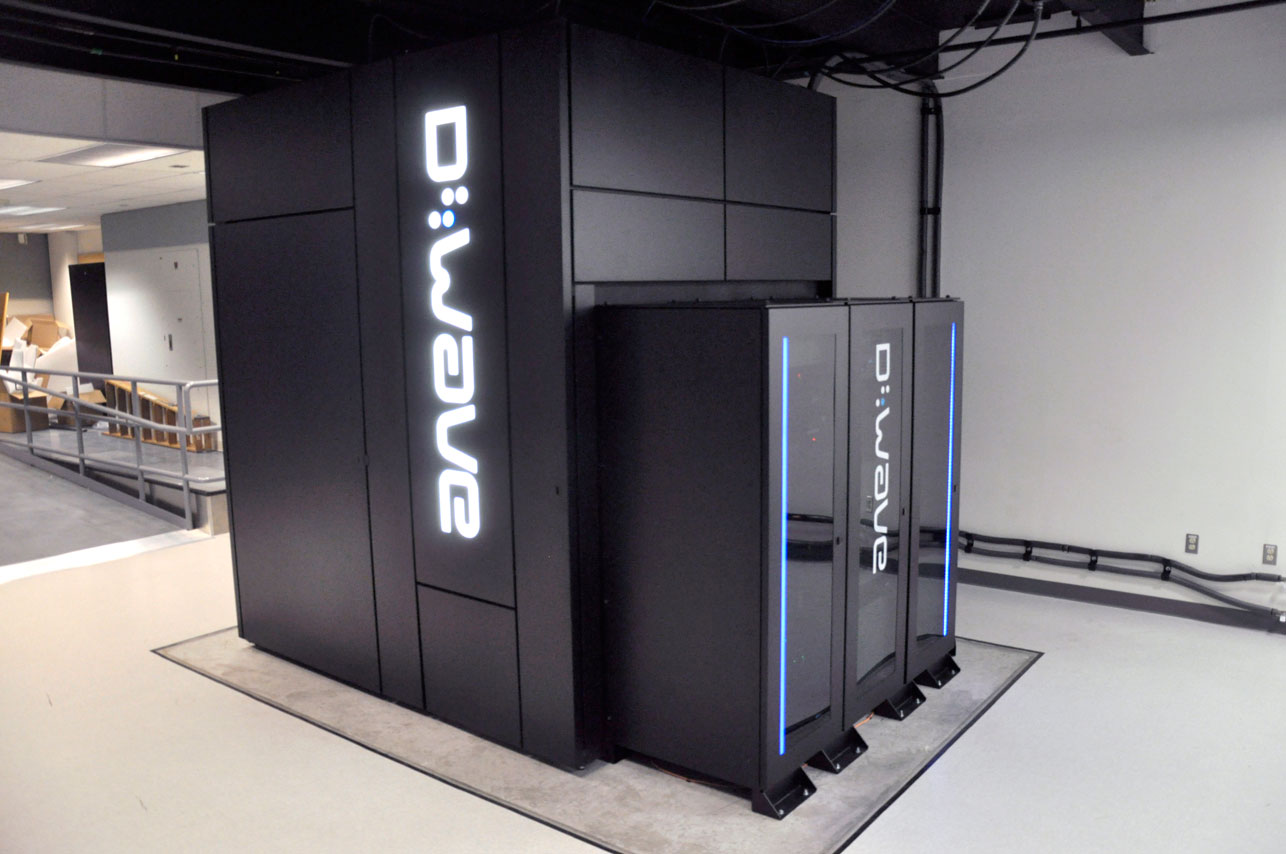 Google gave outsiders their first peek at its experimental quantum super-computing system on Tuesday that it hopes will one day usher in a new era of data crunching.

The search giant and its partners, NASA and the non-profit Universities Space Research Association, have been experimenting with the cutting edge technology for the past two years. The goal is to develop a better way to solve hugely complex problems like improving air traffic control and desalination plant operations—even if the data is a big jumble.

The computing system, housed at NASA Ames Research Center, near Mountain View, Calif., resembles a giant black utility box that researchers who work on it say is filled with one quantum computing chip and a giant refrigeration system. The pumps make a noticeable chirping sound while they help keep the system at near absolute zero degrees.

Quantum computing relies on the notion of so-called particles called quantum bits, or qubits, that can exist in more than two physical states at the same time. Unlike traditional computers, in which a silicon chip’s transistors are either turned on or off, a qubit can be both at the same time. In theory, this makes for more powerful computers that can work faster than what’s generally used today.

The researchers emphasized that quantum computing is still in the experimental stages and has yet to be commercialized. Rupak Biswas, deputy director of exploration technology at NASA Ames, likened the state of quantum computing to the early development of conventional computers during the 1930s and 40s.

“This is not a commercial product,” he said. “This is not like you can go to your shopping mall and pick up one of these quantum computers so you can start texting and Facetime.”

Biswas also mentioned that it’s not only Google and NASA that are exploring quantum computing. IBM (IBM), Intel (INTC), and Microsoft (MSFT) have also been conducting research into the technology.

“If quantum computing were to work, it is truly a disruptive technology and it could change how we do everything, almost,” Biswas said. “No company would like to be left behind, in some sense.”

Some scientists have taken issue with D-Wave, which built the quantum computing system at NASA Ames, because they say the machine is not a true quantum computer. They say it uses some quantum computing technology, but that it does not entirely meet their definition because it can only solve a limited range of problems.

Nevertheless, Google (GOOG) and NASA are studying the machine to calculate complex problems that conventional computers have trouble doing quickly. For example, Google published a paper on Monday claiming that it had been able to perform a calculation with the technology that was significantly faster than what a conventional computer could crunch.

Here’s a brief tour of the quantum-computing lab: