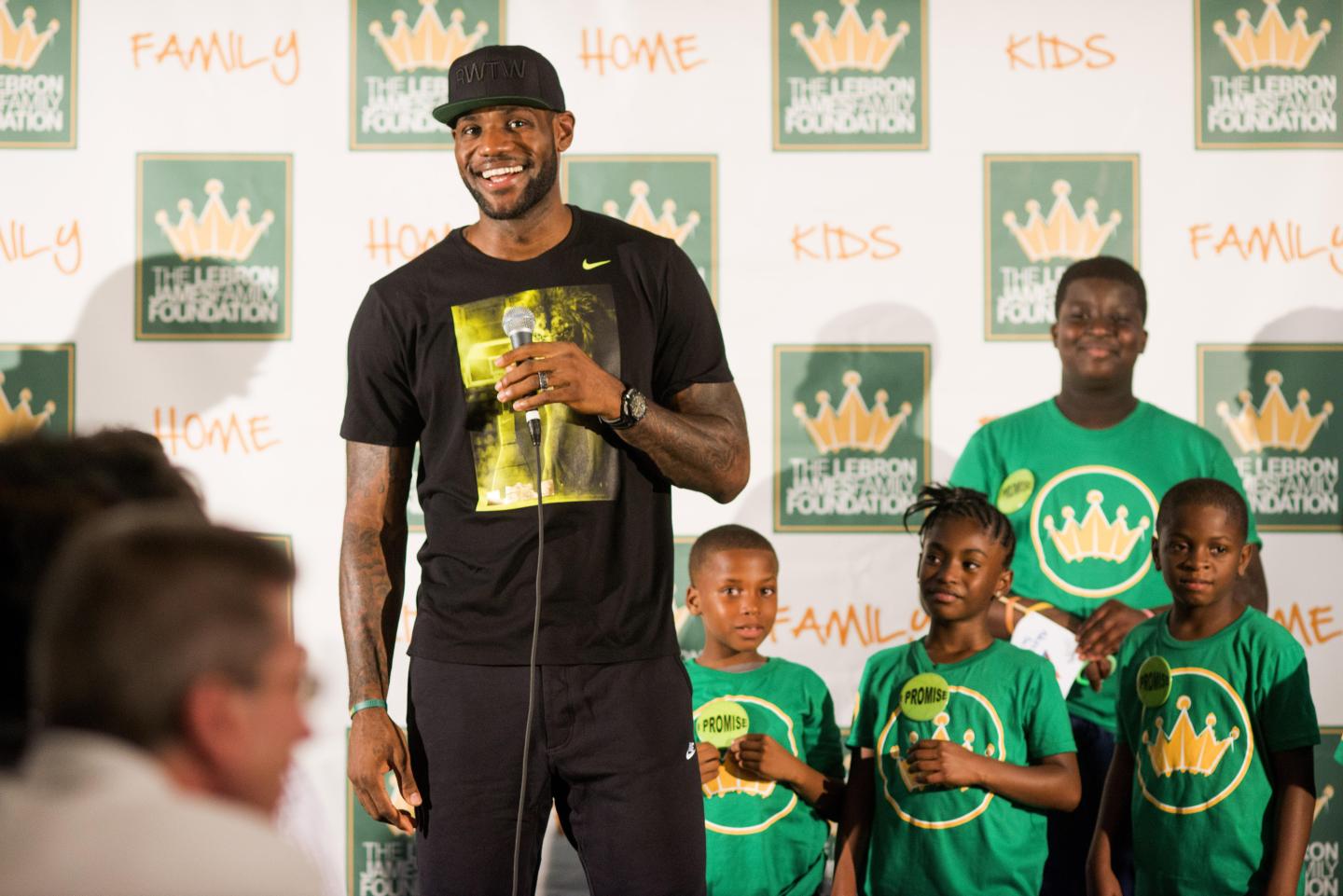 In case you needed another reminder that LeBron James is not just an extraordinary basketball player but a legitimate name brand in business, here is today’s: Time Warner, led by its Warner Bros. division, has invested $15.8 million in his multi-platform media company Uninterrupted, according to The Hollywood Reporter.

James and his manager Maverick Carter launched Uninterrupted in July with the aim of giving pro athletes a place online for their video and social media content—whether that place is YouTube, blogs, television, or film. This has become the new frontier in athlete marketing. There are many young digital media companies doing what Uninterrupted is doing right now, including Whistle Network, which has buy-in from Jeremy Lin, who has been a leader among athletes in bringing his brand from the court or field to the Web.

The bigger story here is the continued success of James and his childhood friend turned business partner, Maverick Carter. Together, under the umbrella of their marketing company LRMR (the Rs are for co-founders Randy Mims and Rich Paul), they have signed deals with individual stars like Johnny Manziel and powerhouse sports firms like Fenway Sports Group, which brought the duo equity stakes in the Liverpool soccer club and in NASCAR team Roush Fenway Racing.

James and Carter had a preexisting partnership with Warner Bros. through their production company SpringHill Entertainment, which put out James’s Starz show “Survivor’s Remorse.” As part of the new investment, Turner Sports will handle the sales arm of Uninterrupted.

James makes nearly $40 million a year from endorsement deals, according to our most recent Fortune/Sports Illustrated Fortunate 50 list, on which he was No. 2. To put it in context with a fellow basketball great, that is nearly double the endorsement income of Kobe Bryant, who has announced he is retiring and whose considerable global star power pales compared to that of “King James.”

The Cleveland Cavaliers star was also a part investor in Beats By Dre and made a sizable sum when it sold to Apple. He designed a $50,000 watch for Audemars Piguet, and is the face of Dunkin’ Donuts in Asia. There is good reason Facebook made James the star of its first-ever live sports broadcast.