Why This Study on Millennial Sports Video Habits Should Worry ESPN 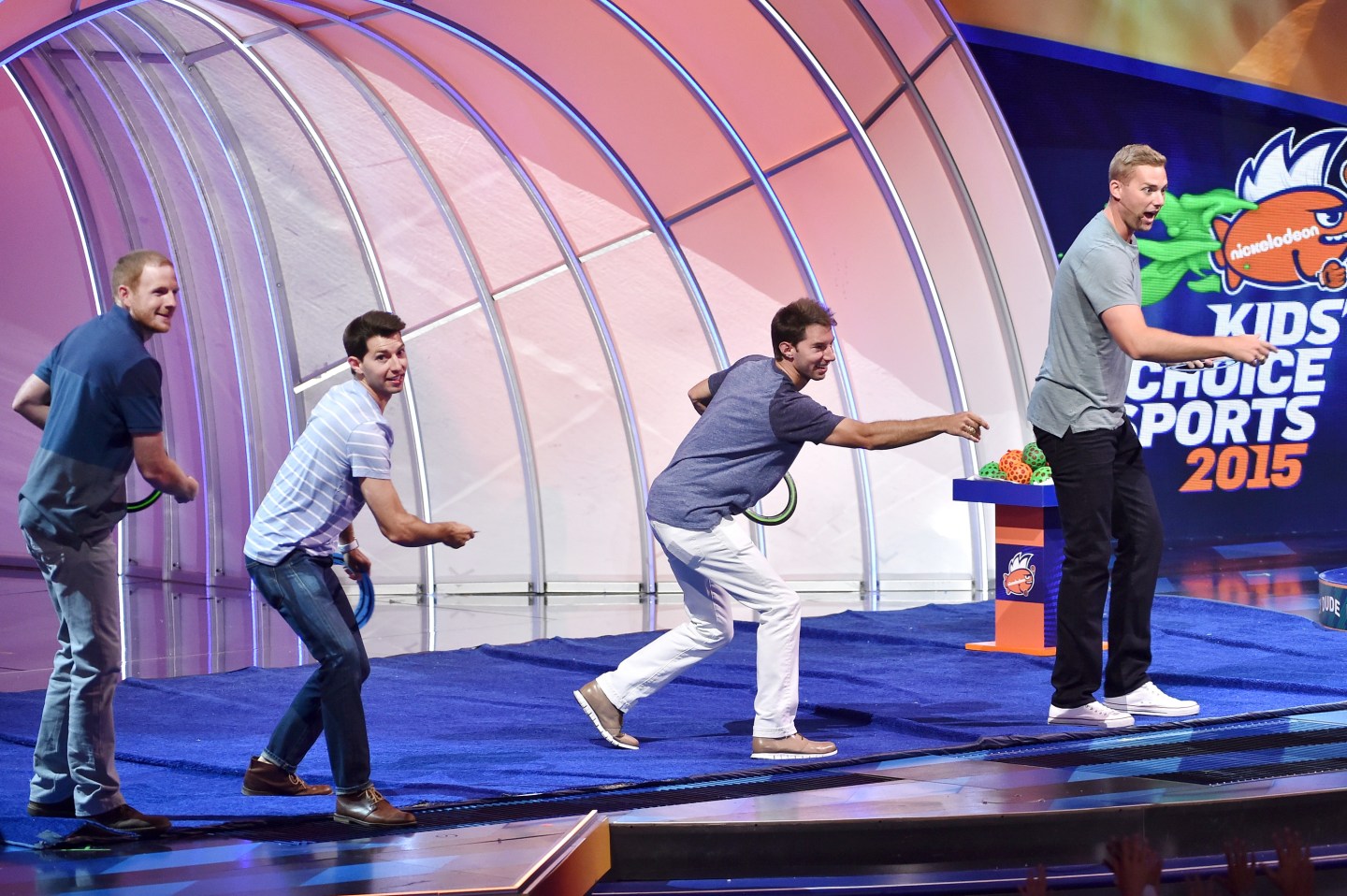 If you don’t spend a lot of time on YouTube, you may not have heard of Whistle Sports, a digital video network that launched just over one year ago. But you could be regularly watching Whistle Sports videos without knowing it.

Whistle Sports produces a range of videos (often funny, often viral) for a range of platforms (YouTube, Xbox, AppleTV, Roku and others), and at least one organization thinks what they’re up to is visionary: the Consumer Technology Association last week named it startup of the year. (The award is limited to companies with revenues below $30 million.)

The video platform counts Derek Jeter among its investors, and lacrosse legend Paul Rabil and NBA star Jeremy Lin among the athletes it has signed to its platform. (Lin, who plays for the Charlotte Hornets, has the biggest YouTube following of any professional athlete, with 480,000 dedicated subscribers, but Whistle, across all of its channels and the athletes signed to its family, has 28 million.) Whistle Sports also partnered up with European sports broadcast giant Sky in September to launch a new collaborative social media channel.

Like many social startups, one of the hidden weapons Whistle Sports boasts is a treasure trove of user data that can say a lot about where trends are headed. And a Whistle Sports study from this summer about millennials’ preferences for sports video is a telling look at what might change in the next few years.

The study found that young people are as compelled by YouTube celebrities as they are by anyone on traditional television. For sports content, they are more used to seeking out videos from these influencers on YouTube and Facebook than from ESPN.

Young people are increasingly ignoring the places that have, for years, been thought of as the incumbent leaders in such content. They are heading to alternative platforms to find people like Brodie Smith, the world’s most famous ultimate-frisbee player; or the Bryan brothers, golfers who do trick shots on Instragram; or Dude Perfect, a crew of athletic, goofy amateurs that perform sports stunts. “The personalities are bigger drivers of video-viewing than traditional athletes,” says Bob Ciosek, CCO of Whistle Sports.

MORE: Yahoo’s NFL Broadcast and What It Means for ESPN

Jeremy Lin, who has made a name for himself on the Internet that is far bigger than his profile within the NBA, is the exception to the rule. The majority of pro athletes have been slow to bring their personal brand into online video, and as a result, non-professional athletes and sports figures have gained mega followings on social media like YouTube, Instagram, and Vine. More big-name stars would do well to follow Lin’s lead if they want to obtain followings outside of mainstream sports fans, Ciosek says: “When the more traditional athletes get into the world of being social influencers, then they access this new pool of people that want to connect with them.”

When YouTube launched YouTube Red in October, a subscription option that cuts out the ads, ESPN pulled its videos from YouTube in response. On Twitter, Fortune writer Erin Griffith put it well: this was about “homegrown stars.”

Despite the changes in platform preference, content is still king. The content of a video is the biggest driver of views. But for some established Internet video stars, their devoted fans will watch anything they post (they just might not always share it). “In 2004, it was like, let’s make a good video and just keep our fingers crossed that it goes viral,” says Whistle Sports EVP Brian Selander, “but now, take Brodie [Smith], he’s built such a fanbase that when he does something, it hits really quickly. At least, it does with his audience—and then it has that much better chance to go viral.”

Traditional cable networks like ESPN will soon be at a disadvantage, judging by the study. (And indeed, waning cable subscriptions already forced the “worldwide leader in sports” to make major job cuts last month.) YouTube stars (and for the purposes of the study, Whistle Sports is using YouTube as a catch-all for all variety of digital video) like Michelle Phan or Tyler Oakley are now more impactful in driving video engagement than marquee names. They are more popular, Selander insists, “than Russell Wilson, Neymar, or Maria Sharapova, among a certain audience, no matter how you cut the data. And these are brand problems that ESPN and Bleacher Report and SB Nation will have to deal with. The older generations will stick with the brands they love, but the young people prefer a behavioral, social way of connecting with sports that is different than the traditional, lean-back-and-watch.”

Watching a full game, or highlights from a game, is something for which you head to ESPN. That’s unlikely to change. But the Whistle Sports study finds that the teenage audience is more interested in things like “fails” (which doesn’t really interest the 34-54 audience, Selander says), or behind-the-scenes videos, or crazy dunks, or trick shots, or pranks.

Dude Perfect boast 7.2 million YouTube followers, and Ciosek says the group is the gold standard of how to attract a following in social video. “They do everything right,” he says. “They’re five guys, and we’re a male driven network; they’re in sports; they make them funny and hit the right style of humor; they give you something visual that you want to share to your friends. So they hit on so many connection points.”

To be sure, it’s not shocking that a study conducted by a multi-channel digital network would produce findings that are encouraging for its business model. And old habits die hard—even when a new trend is touted as the next thing, it takes quite a while for it to become the status quo. Sports fans of a certain age know by now where they like to get sports content, and they will continue to go there. “No one wouldn’t say that ESPN is the thousand-pound gorilla that does a lot of things right,” says Ciosek. “But the key is being ahead of the curve and addressing these new audiences, and they haven’t had to make that a priority because they’ve been so mega-successful.” (Is any traditional sports media company doing it right with a mix of highlights, replays, and unique social videos? Sure, the Whistle Sports guys say: MLBAM.)

Whistle Sports is betting big on the 13-24 age demographic. It is a group that watches sports with two additional screens in their hands besides the TV screen—that is, when they even do watch on a television. “Instead of sitting back, choosing a channel, and watching whatever is on that channel,” Ciosek says, “the under-30 set opens up Facebook or Snapchat or Twitter and says, ‘I’m just going to scroll, and whatever comes up that I like, I’m going to enjoy and then I’m going to like it and share it, and I’ll see more of that stuff in the future.’ That’s a totally different model of how sports fans engage with media.”

For more Fortune coverage of ESPN, watch this video: