ESports and VR Come Together for the First Time at IEM 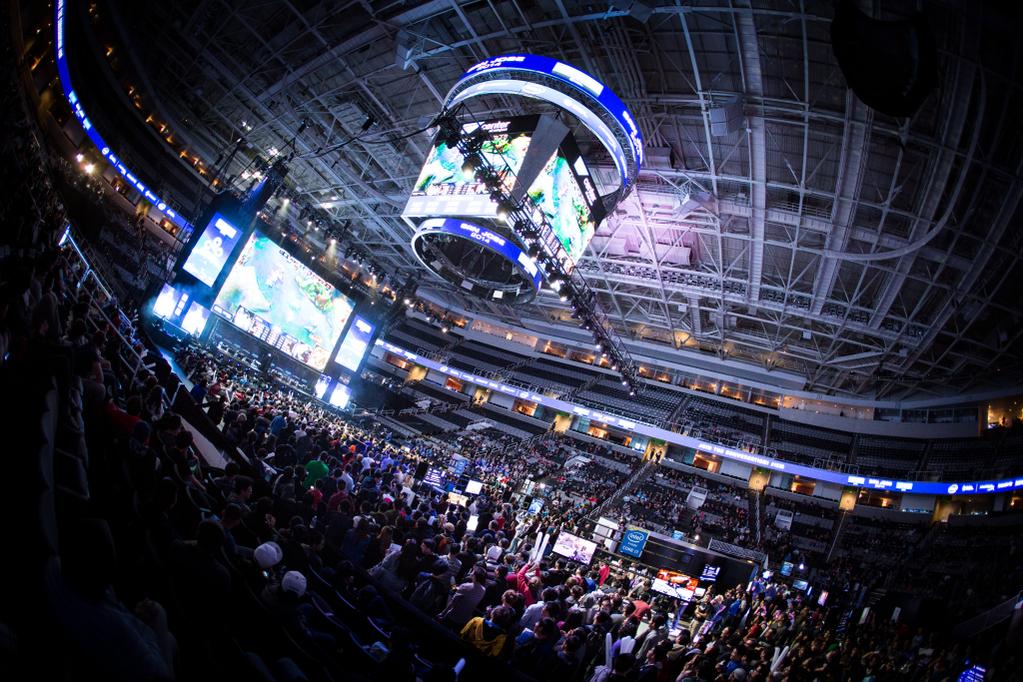 Intel was an early corporate sponsor for eSports, long before live streaming companies like Twitch and YouTube united a global audience around professional video gaming. As Intel (INTC) celebrates 10 years of its annual Intel Extreme Masters (IEM) tournament at SAP Center on Nov. 21 and 22, the company is involved in an industry first.

ESL, which runs IEM, and MTGx, the digital division of Modern Times Group, have partnered with Jaunt VR to capture 360-degree taped video content as the top League of Legends and Counter-Strike: Global Offensive pro gamers compete for $175,000 in cash prizes in San Jose, Calif. It’s the first time that the burgeoning virtual reality industry is crossing streams with the growing eSports business.

“Intel Extreme Masters, and ESL events in general, are set up to create unforgettable moments,” says Ralf Reichert, managing director of ESL. “Although it’s early, we believe that new technologies like VR and 360-degree video will help fans come closer to the live experience and some of the magic and moments these events create. We are excited that Jaunt VR enables us to start documenting those.”

According to Scott Broock, vice president of content deal development at Jaunt VR, this is the beginning of a partnership that will bring eSports events to virtual reality viewers.

“A lot of people in the wider world don’t understand the opportunity eSports opens up with its interactions across music, sports, and culture; it really is a future growth area of sport,” Broock says.

Broock says a team from Jaunt VR will be on hand with multiple Jaunt One light field cameras to capture the event from multiple angles, including from on the stage where the pro gamers compete. The idea is to film the action and then edit it into short-format videos that can give fans not in attendance an opportunity to experience what it’s like to be in a sold-out sports arena for an IEM event.

“Although eSports events can have 10,000 to 40,000 people in attendance, there’s a huge global audience of fans who have never seen the spectacle and camaraderie and cosplay celebration that unfolds first-hand,” Broock says. “VR makes people feel like they’re there in the center of it all.”

ESL, which is the largest eSports company in the world, runs 18 different eSports leagues and tournaments, including IEM. Modern Times Group, which acquired a majority stake of ESL in July, owns eSports brand DreamHack, as well as Zoomin.tv, the fifth largest YouTube multichannel network in the world.

“Today all smartphones can show 360-degree video, and both Facebook and YouTube distribute these videos for free,” says Rikard Steiber, CEO of MTGx. “There is a strong audience overlap between eSports fans and early VR users, as the eSports audience is interested in new gear and tech. Typically, they are the first to get new smartphones, game consoles, and the PCs needed to explore full VR.”

The Jaunt VR app plays on iOS and Android devices, including the $99 Samsung Gear VR, and will work on Oculus Rift, HTC Vive, and Sony’s PlayStation VR next year. Broock says the goal is to get this early eSports VR content out to as wide an audience as possible.

Ultimately, virtual reality could help Samsung, Sony, HTV, and other players in the market sell hardware.

“Without attractive VR content the pick-up of devices will not happen,” Steiber says. “We have tens of millions of fans consuming our eSports content from our global ESL and DreamHack events via video streaming, I am sure that some of them would love to ‘teleport’ themselves to the event and be there in VR.”

With the traditional sports leagues like the NBA and NASCAR already experimenting with live streaming 180-degree virtual reality content, there’s the potential for eSports in the future as well. Live streaming is the key distribution method for eSports fans already, which separates this industry from all other sports. And the audience is tech savvy. So it’s just a matter of virtual reality hardware distribution and the technology to catch up.

Broock says within 12 to 18 months the combination of improved cameras and optics and larger streaming router technology will enable Jaunt VR to live stream full 360-degree video content using its second- or third-generation light field cameras. Theoretically, Jaunt could explore 180-degree live streaming much earlier, but Broock says it’s too early to commit to anything. The company traditionally has focused on a full 360-degree, high-end virtual reality experience.

For more on virtual reality, watch this Fortune video: