Why Turner is tipping off the NBA Season with NextVR 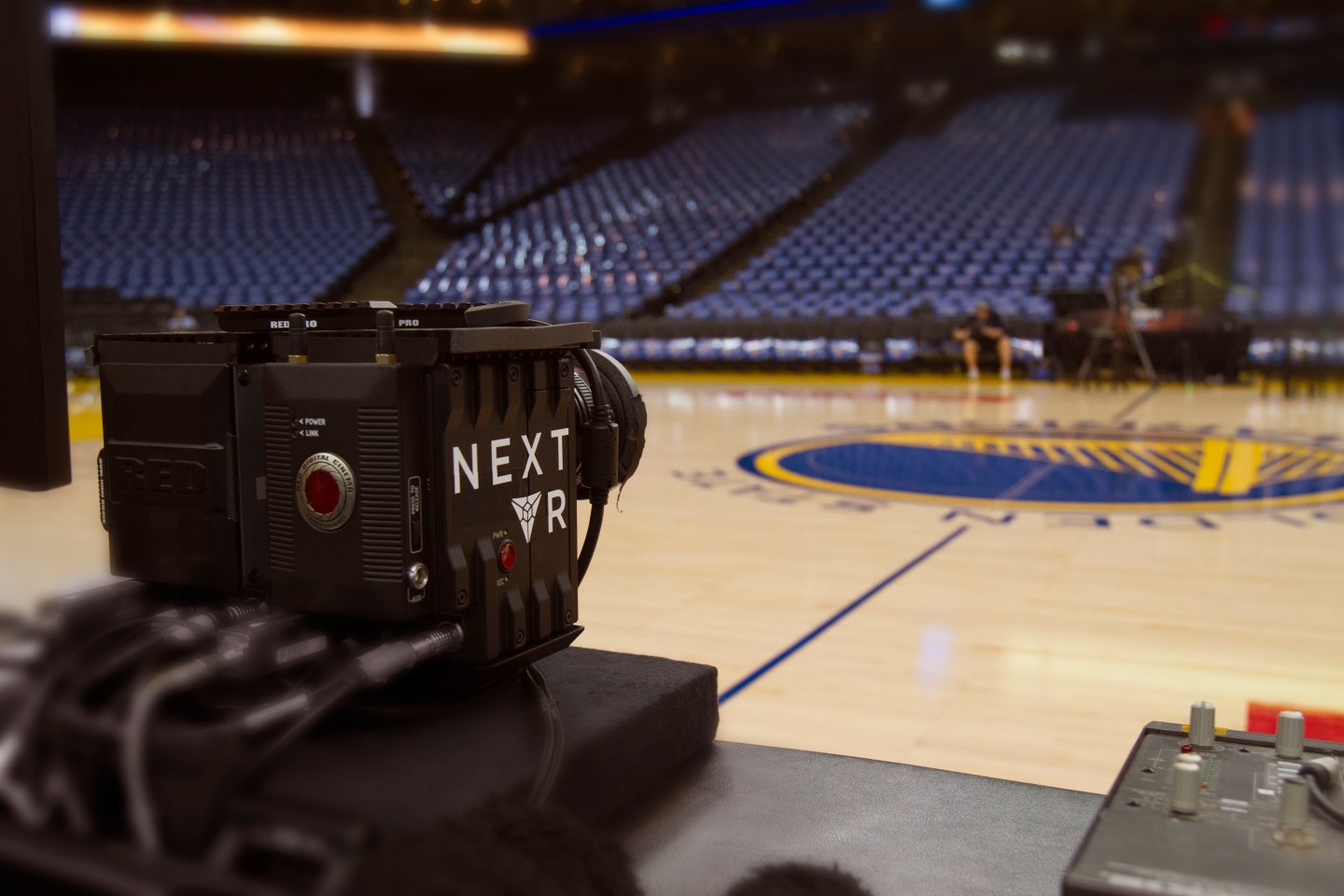 NextVR executive chairman Brad Allen says the company’s relationship with the NBA began 18 months ago, long before Guber was wowed by the technology’s sports and entertainment potential. There was also no way to know that the Warriors would go on to win the world championship last season, raising the global focus for the team’s home opener.

That global audience is one of the reasons the NBA is embracing 360-degree video and virtual reality, according to Jeff Marsilio, NBA vice president of global media distribution.

“We’re a league that’s truly global and the promise of virtual reality is that it offers fans the opportunity to experience a game from the perspective of a courtside seat,” Marsilio says. “We broadcast games to over 215 countries around the world. Everyone wants to go to a game and be inside an arena, but for logistical reasons that opportunity isn’t always available. Ninety-nine percent of fans never get to a game because of the global popularity of basketball.”

Turner Sports, the NBA, and NextVR hope to change that. A pair of roaming 6K RED cameras will bring the ring ceremony inside Oracle Arena to consumers who own the Samsung Gear VR headset. A separate set of 6K RED cameras will be set up courtside at center court, offering a 180-degree view of the action. Viewers will be able to look right and left and even look up and see the JumboTron—all in real-time.

“One of the first things you notice from the VR courtside view is that the size and athleticism and the speed of the players comes across more than any other medium,” Marsilio says.

Fans will be able to see NBA All-Stars like Stephen Curry and Anthony Davis perform from one of the best possible vantage points.

“Virtual reality, more powerfully than any other technology platform, makes you feel like you’re in the presence of someone else. It brings the fan experience of being in the same place as these celebrity athletes.”

Matt Hong, executive vice president and general manager of Turner Sports, says this initial VR livestreaming won’t include any TNT audio commentary or broadcast graphics. Viewers will experience what’s it’s truly like to sit courtside, listening to the squeaks of the sneakers on the hardwoods, yells from fans around them, and the natural arena and game sounds.

On Oct. 28, Hong and his team will meet with the NBA to debrief and discuss next steps for potential future VR broadcasts.

Allen says this first public livestreaming test is just a sampling of the potential of VR livestreaming. NextVR can position as many as five cameras inside an arena—or on any sports field—to offer views from the scorer’s tablet, the corner “slash” position, above the backboard, and slightly higher up in the crowd. Fans will be able to change cameras on-the-fly, or broadcasters like Turner will be able to switch between cameras.

Fans will also be able to explore additional content within the VR experience in the near future, including stats, highlights, and a virtual NBA Store. Allen says some of this technology exists today, but it won’t be part of this first offering.

Allen says later this year NextVR will be operational across Oculus Rift and HTC Vive, and by next year it will run on PlayStation VR as well as Google Cardboard (once new Android smartphones featuring head tracking are released).

Marsilio says the NBA is platform agnostic and is open to working with other VR livestreaming companies moving forward. They worked with NextVR on a few private tests prior to this production, including a Warriors game 18 months ago.

“Virtual reality is still very early days and it’s yet to be seen whether it penetrates the market like a lot of people are predicting, but VR could be as transformative for sports as a TV broadcast. For us, it’s about bringing the fans as close to the game as possible.”

And VR could even the playing field in the near future, offering hoops fans the opportunity to sit courtside without paying the high ticket, concession, and parking prices.

For more on virtual reality for the masses, check out this video: