This executive could be Kohl’s next CEO 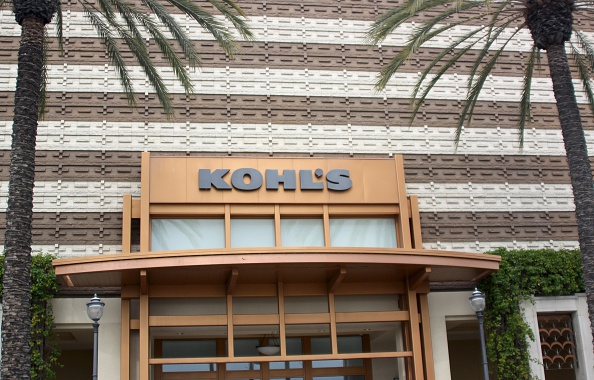 Kohl’s has tapped Sona Chawla, a former Walgreens e-commerce executive, as its new COO. Chawla will oversee the integration of Kohls’ stores and digital business, an appointment that instantly makes her one of two leading candidates to be the retailer’s next chief executive officer.

The retailer said on Tuesday that Chawla, most recently Walgreens’ president of digital and chief marketing officer, would start as chief operating officer, a newly position at the company, on November 30. She will be in charge of store operations, logistics, supply chain, and e-commerce.

This assignment comes at a critical time for Kohl’s. Compared to rivals like Macy’s, the retailer was slow to adapt its stores to support digital sales by equipping them to facilitate online order shipments and in-store pickup of online orders. Those two services are now crucial for any retailer to compete with Amazon.com (AMZN) and other brick-and-mortar peers.

Kohl’s has largely caught up to its competitors on the digital front. Over the past 12 months, it had $2.28 billion in digital sales, or 12% of sales, according to eMarketer estimates, making it a Top 10 e-retailer.

Kohl’s plans to lean even more on tech to bolster its delicate sales turnaround, with more personalized interaction with shoppers via a loyalty program and deeper data. CEO Kevin Mansell has made the interplay between the retailer’s mobile app, e-commerce operations, and in-store sales a key plank of the company’s turnaround plan.

“We are looking to make the connection for customers between our stores and our online experience in a way that is seamless and unique,” Mansell told Fortune. “In order to do that properly, you absolutely have to have someone who is responsible for all of those different functions.”

Earlier this year, Kohl’s said it was looking for someone to fill the new COO role and made it clear that person would be a contender in its long-term succession plan, something the company reiterated with Chawla’s appointment. Target (TGT), similarly looking to speed up its e-commerce-stores integration, also created a COO job earlier this year.

Chawla will be competing for the top job with Chief Merchandising and Marketing Officer Michelle Gass, the marketing whiz Kohl’s recruited away from Starbucks (SBUX) two years ago. Earlier this year, Gass was also made chief merchant at Kohl’s, putting her in charge of selecting the products that the retailer sells.

The COO appointment comes at a critical time in Kohl’s turnaround strategy, which it calls its Greatness Agenda. After two years of uneven sales, Kohl’s has now cobbled together four straight quarters of comparable sales growth, including 1% last quarter. It’s decent but hardly torrid growth.

As Mansell told Fortune last month, Kohl’s will be launching a chain a smaller format stores to cater to both urban shoppers and small markets unable to support its 80,000 square-foot locations. It is also opening more outlet stores. These efforts will require integration with Kohl’s tech systems, like inventory management, demand forecasting, not to mention e-commerce.

Chawla worked at Walgreens for seven years, where she oversaw digital projects such as offering customers the ability to instantly refill prescriptions, and the integration of the retailer’s pharmacy and mobile payments.

Few companies disclose a CEO succession race as openly as Kohl’s has, but Mansell said he wanted clarity at the company as it works to sustain its regained momentum. The company has not given a timeline for naming a new CEO to replace Mansell, a 33-year Kohl’s veteran who has been at the helm since 2008. But it seems Chawla will be given ample time to learn the ropes and compete for the top job.

“We want the next CEO of Kohl’s to be like the previous CEOs: developed internally,” Mansell said.