Marriott CEO: We Were “Compulsive” About Keeping Starwood Deal Secret 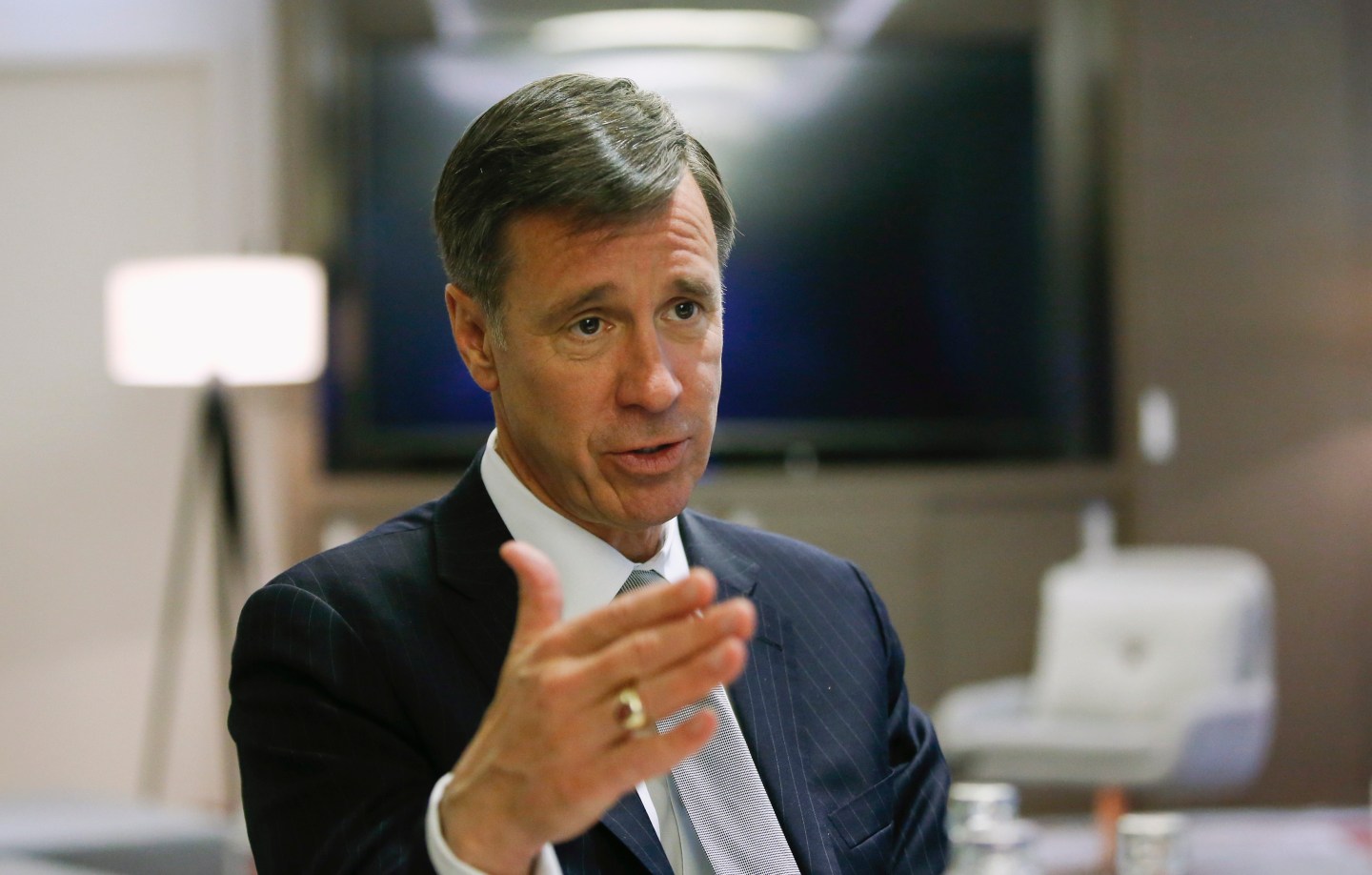 Marriott Chief Executive Arne Sorenson speaks during an interview with Reuters in a hotel in Berlin, March 3, 2015. Hotels group Marriott plans to double the number of hotels it has in Europe by 2020, with growth led by its new Moxy brand aimed at travellers on a budget. REUTERS/Fabrizio Bensch (GERMANY - Tags: BUSINESS TRAVEL) - RTR4RY1F
Photograph by Fabrizio Bensch — Reuters

When news broke early this morning that Marriott International (MAR) had agreed to buy Starwood Hotels and Resorts Worldwide (HOT) for $12.2 billion, one of the first questions was: how on earth did the parties keep this so quiet?

After all, rumors had been swirling for weeks that three different Chinese entities, as well as Hyatt Hotels (H), and even at one point InterContinental Hotels Group (IHG), all were readying bids for Starwood, the owner of such hotel brands as Sheraton, W, Le Meridien and Aloft.

Was it an eleventh-hour bid? No, says Marriott president and CEO Arne Sorenson, who spoke with me this morning. Then how’d he keep such a lid on it? “The technical answer is, we are very compulsive about keeping confidential things confidential,” he said, noting that the company even made certain Marriott executives sign documents that acknowledged confidentiality.

But, in fact, the deal’s history dates back seven months, when Starwood originally put itself up for strategic review. “We jumped in and took a quick look at the information that was available–and initially were not very interested,” Sorenson said on a call with analysts this morning. What changed: The relative value of Starwood increased—originally it was too expensive–and, at the same time, Sorenson said trends in the broader hospitality landscape had started to demonstrate that being bigger may be better.

“Over those seven months, we became more and more impressed by what we could accomplish by being bigger,” Sorenson explained on the call. He specifically cited trends in the technology world: “Whether you look at what some of the OTAs [online travel agencies] have done in their space, the Alibabas (BABA) and the Googles (GOOG) of the world and what they’re doing in the travel space, and the home sharing space… watching all of that, we thought strategically we could drive better value and better compete by being bigger.” Having dug into the numbers early on, he pointed out, the final strokes came together “very very quickly. Not because we were starting from zero.” He added that because of the quick timing at the end, “the amount of time we were really exposed to any leakage was minimal.”

Beyond size, Sorenson points out to Fortune that the companies are complementary in their strengths: “I think in the DNA of Marriott is being an operating company, and in many respects Starwood is a brand and marketing company, and if we can keep the best of both of those, we end up with something that’s pretty strong.” He adds that even though the combined company would own more than 30 different lodging brands, he doesn’t expect significant consolidation. “These are brands that are already competing in the marketplace.”

I asked Sorenson about the challenges inherent in merging the two companies’ cultures: Marriott is a stalwart of Fortune’s 100 Best Companies to Work For list, and its low-turnover culture, which we took a close look at earlier this year. Adding another 180,000 employees with the signing of a pen is one thing; folding them into a unique and intangible culture is another.

“We’re going to have to be very deliberate about that,” Sorenson says, noting that as we spoke he was on his way to Stamford to speak at a town hall at Starwood headquarters. “I think in the years ahead we’ll find a way to pull their GMs in and pull their hotel teams in.” He pointed out that the most important piece of Marriott’s culture is empowering the employees on the front lines so that they feel good about their work and take pride in the company—“all of which gets revealed in the way they service the customers,” Sorenson said. “I think we’re quite hopeful that the Starwood team, which is filled with professional hospitality folks, will stand up and say, ‘we love the idea.’”

On another note, I asked Sorenson about how Marriott had been impacted by Friday’s terrorist attacks in Paris. He replied that no guests or associates had been directly hurt, but “it’s a horrible event and, even though it’s a big city, I think there will be folks who had friends or family members impacted.” He says the company did its best to comfort guests at all its hotels in Paris, and is trying to be “as thoughtful as we can be about” security issues. He notes that the company has seen some quick cancellations of near-term group business in Paris.