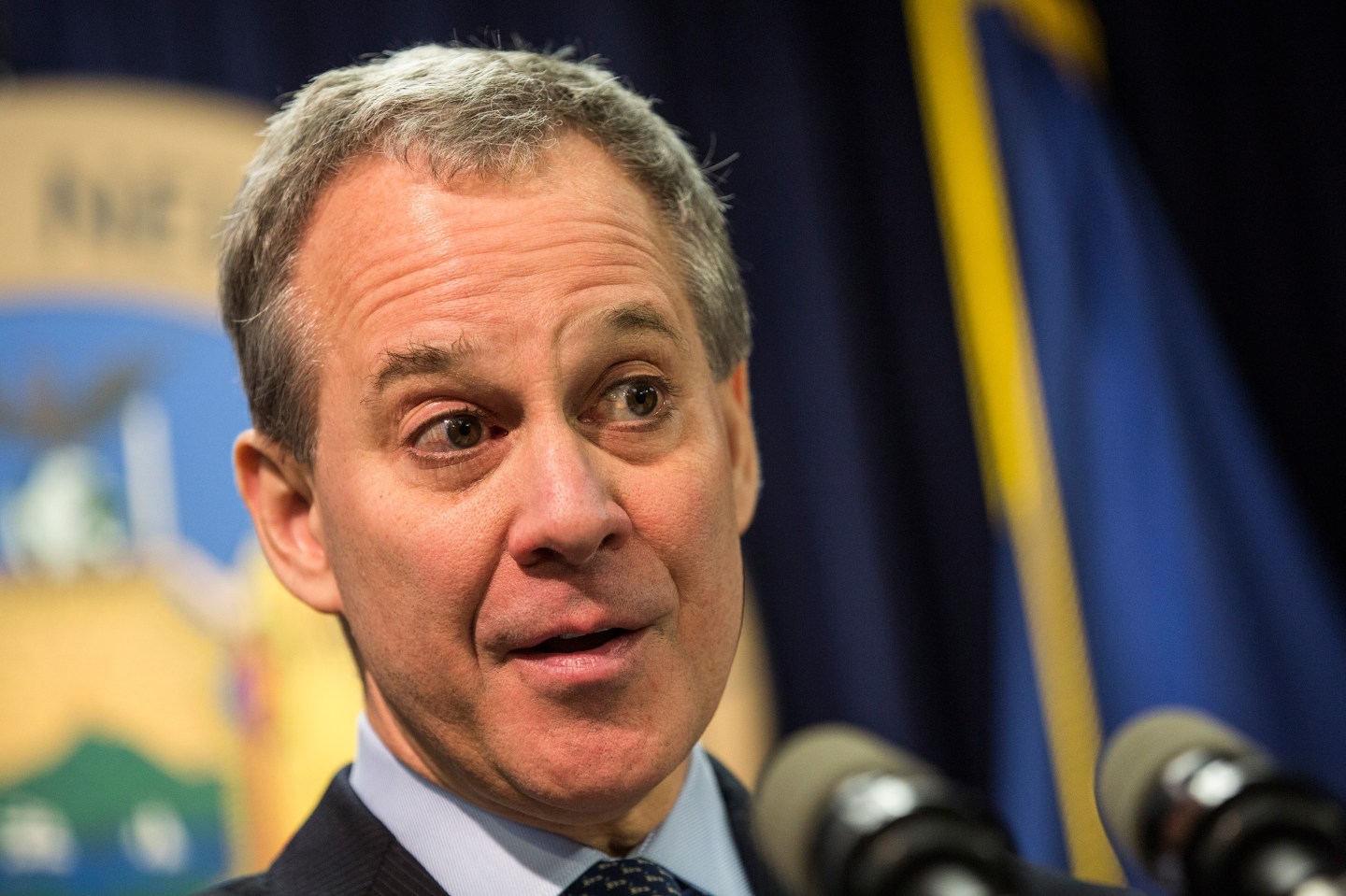 On Friday morning, users of daily fantasy sports sites DraftKings and FanDuel rallied outside of New York Attorney General Eric Schneiderman’s office to voice their displeasure over his Tuesday night statement that these companies are illegal gambling operators. Shortly after the rally ended, DraftKings and FanDuel said their piece—in court.

The two companies have each filed lawsuits seeking an injunction against Schneiderman’s order. On Tuesday, the attorney general sent the two companies cease-and-desist letters ordering them to stop operating paid contests in the state. In a statement, he said that “daily fantasy sports companies are engaged in illegal gambling under New York law… DraftKings and FanDuel are the leaders of a massive, multi-billion-dollar scheme intended to evade the law and fleece sports fans across the country. Today we have sent a clear message: not in New York, and not on my watch.”

DraftKings and FanDuel have responded vociferously with these lawsuits. They’ve also lawyered up: FanDuel is working with Marc Zwillinger, a notable information security attorney, while DraftKings has retained the high-profile legal firm Boies, Schiller and the firm Gibson, Dunne. David Boies famously represented Al Gore in the 2000 presidential election vote-counting lawsuit. DraftKings is making this legal fight such a priority that it has cut back on advertising in order to fund the legal costs, according to Bloomberg.

The rival fantasy sports companies’ lawsuits are not exactly the same, but their purposes are. DraftKings has filed a “petition and complaint” against Schneiderman, seeking to stop him, according to the filing, “from carrying out his threat to banish from this State a lawful industry beloved by hundreds of thousands of New Yorkers.” FanDuel’s filing is a “complaint for declaratory and injunctive relief” in order to prevent Schneiderman “from pursuing further efforts to shut down FanDuel’s enormously popular fantasy sports activities in New York state.”

Next, these companies will seek to convince a judge that Schneiderman has misinterpreted New York gambling law. Until now, DraftKings and FanDuel have chosen which states to operate in based on the individual rules in that state, which vary. (At the federal level, the most recent relevant legislation, the 2006 Unlawful Internet Gambling Enforcement Act, left fantasy sports alone.) As recently as October, the two companies were operable in 45 states—in the other five, they had chosen not to operate because the law appeared unfriendly. Very recently, that number has gone to 44 after Nevada’s Gaming Control Board ruled these companies gambling operators. It now threatens to go down to 43 because of New York.

In New York, a fantasy sports contest must prove it does not involve a “material degree” of chance; that is a tall challenge for DraftKings and FanDuel. In many other states, the bar is more manageable: a fantasy sports contest must involve more skill than chance, which is far easier to prove. DraftKings and FanDuel have long argued that because the users who are must successful at their games do research, learn stats, and take time to study all factors, the game is a skill-based contest, not a random gamble. But to prove there is no “material” (or, significant) chance involved may be tough.

If Schneiderman succeeds in getting these companies shut down in his state, it could have repercussions in other states, which might take their lead from the situation in New York. Seven other states have the same wording—”material amount of chance”—in their own laws regarding fantasy sports games.

For now, cease-and-desist letters or not, the two biggest players are still offering paid contests in New York. Although Schneiderman only sent cease-and-desist letters to DraftKings and FanDuel, his comments were about the daily fantasy industry at large, and his statement has led some companies to halt their paid games in New York as a precautionary measure. Daily MVP and DraftOps halted service, while Draftpot and FantasyHub are following the lead of DraftKings and FanDuel.

Meanwhile, it’s doubtful whether a public outcry from users of these products would sway Schneiderman. DraftKings and FanDuel have urged their customers to sign online petitions and to send letters to Schneiderman’s office voicing their opposition to his decision. The two companies also helped promote, and set many of their employees to, the Friday morning rally outside of Schneiderman’s office. The rally was organized by Fantasy Sports For All, a coalition just launched by the Fantasy Sports Trade Association, an advocacy group for the industry. Daily fantasy sports supporters were hopeful that the rally could make a strong public statement.

But a spokesperson for the attorney general, when asked by Fortune to comment on the rally, had this to say: “The law here is clear: these sites are illegal in New York, and cause the same kinds of social and economic harms as other forms of gambling. After they stop taking bets from people in New York, the companies are free to go to Albany next year and urge the Legislature to add their business to the very narrow set of exceptions to the State’s prohibition on gambling.”