What Do MasterCard and Visa Think About Bitcoin? 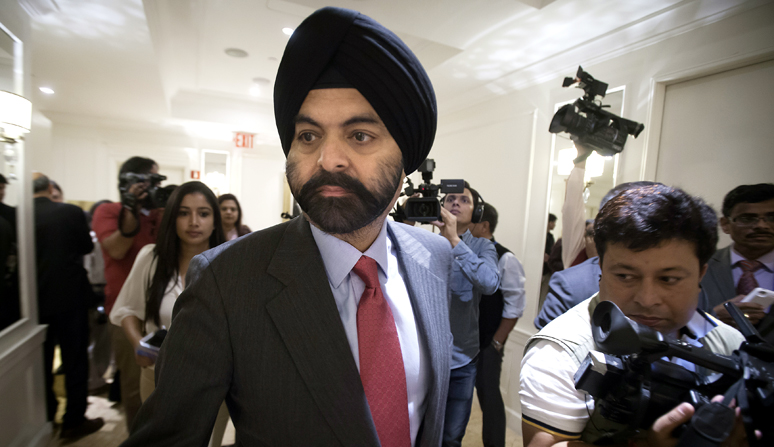 It took more than five years, but big payment processors like Visa, MasterCard, and American Express are showing interest in bitcoin.

In September, Visa—along with Citigroup (C) and Nasdaq (NDAQ)—invested in Chain, an enterprise platform for developers to build on top of the blockchain, the public ledger that records all bitcoin transactions. In October, American Express invested in Abra, a bitcoin app focused on remittances, and MasterCard invested in the Digital Currency Group, which includes a portfolio of virtual currency companies overseen by Barry Silbert, the founder of SecondMarket.

It was MasterCard’s (MA) first investment in any kind of digital currency business, and a MasterCard spokesperson says the company’s thinking is that DCG is “well placed to assess technologies in the digital currency and Blockchain spaces.” As for Visa (V), executive VP of innovation Jim McCarthy tells Fortune, “We have been evaluating blockchain technology for some time, seeing its potential to create new ways to transfer non-traditional currencies, such as gift cards or loyalty points.”

Look closely at those statements. MasterCard and Visa are being careful to stress the blockchain, rather than bitcoin itself. Indeed, that has become the popular phrasing from those outside of virtual currency to justify their interest. Even some within virtual currency happily disparage bitcoin while praising the blockchain, like Anthony Watson, a former CIO of Barclays and Nike who is now CEO of Uphold: “I’ll be surprised if bitcoin is here in five years. The value of bitcoin isn’t the currency, but the technology.” JPMorgan CEO Jamie Dimon, even though his bank has launched a study group to look into blockchain technology, said this week that he expects bitcoin will be shut down by the government.

As Shapeshift CEO Erik Voorhees writes in a recent blog post, the blockchain “is so hot right now” while bitcoin “has been left by the wayside, ignored like an embarrassing relative at a family gathering.” Voorhees continues: “Some of us have been amused by this development, but many confounded. Why is everyone talking about the blockchain, and ignoring its central fuel, Bitcoin proper?”

The answer is that bitcoin, the currency, comes loaded with all manner of negative connotations: it has been used for crime; some of its earliest innovators are now in prison; and, above all else, the currency itself remains volatile. Just look at the past month: the price of bitcoin has gone from $244 all the way up to nearly $500 (some foreign exchanges had it hitting $500) and has sunk back to $385 at the time of writing.

Overall, the bitcoin industry is still the subject of far more negative headlines than positive ones. (See: The five stages of bitcoin understanding.) This is why incumbent payment giants like MasterCard and Visa are careful to emphasize the currency’s underlying technology as the source of their interest. Bitcoin, the currency, appears to make them nervous.

Their reticence was clear in remarks that MasterCard CEO Ajay Banga made to Fortune last year for a story about the company’s efforts to ramp up technology. At one point, the subject of bitcoin came up. Banga said:

“My view of bitcoin is that the concept of a digital or a virtual currency is interesting—if I could figure out what it does for everybody. If all it does is allow you to anonymize your money movements, I’m not so hot about that. Because that to me starts bumping up against societal rules, which I worry about. Right? If I’m buying something and you’re selling it to me, you want to know that if you sold it to me for $10, you don’t have to run somewhere to change the $10 into gold because you’re not sure the 10 will stay a 10. Bitcoin doesn’t do that for me. It doesn’t give me the safety and security of knowing that I am who I am, and I’m paying who I know, which is what traditional currency does. It’s fluctuating too rapidly. And who’s behind it? What system is behind it? Those aspects are worrisome. But the idea that as the world goes more and more into digital thinking, there’s this merger of the world of physical and digital—is there a role to be played for some kind of digital exchange? Yeah. I don’t know if it’s a currency. So I think a little about it, but I’ve done nothing. I’ve watched it.”

When Fortune reached out to MasterCard recently to ask if the company’s thinking has since changed, a spokesperson sent this comment from its head of emerging payments, Ed McLaughlin, who sounds only a bit more upbeat (and note his reluctance to use the word bitcoin): “Innovation in payments is needed and necessary. New ideas, technologies and applications can drive toward a better experience for people and merchants. But innovation for its own sake is not the answer. The bottom line for any payment system and currency is that it must be safe, stable and reliable for consumers. We believe there needs to be a level playing field for how digital currency is approached, regulated and monitored.”

Visa executives, in various interviews with Fortune over the past year, sounded similar. Sam Shrauger, the company’s senior VP of digital solutions, had this to say about bitcoin:

“I think from a virtual currency standpoint, the way we look at it is, ‘What’s the problem it’s solving? Who’s it solving it for? And how well does it do the job of solving that problem?’ There are a lot of use cases where virtual currencies make sense. But if you think about it, it’s kind of a way of abstracting real money from the context. And I think for most things that consumers do—with the exception of things like gambling and gaming, where virtual currencies work really well—people want to use real currency. And they want to use currency that they know and they trust. I don’t think most consumers have a problem with currency. I think there are definitely interesting things in the blockchain and in the cryptocurrency structures that are worth looking at from a technical standpoint. But is everyone going to start paying for everything with digital currency? You’d have to have a problem with currency right now that needs a solution.”

That payment processors are now dipping their toes into bitcoin is encouraging for the space. But for now, it’s with an eye toward the technology, not the currency that fuels it, and it’s only a dip.