The five stages of bitcoin understanding 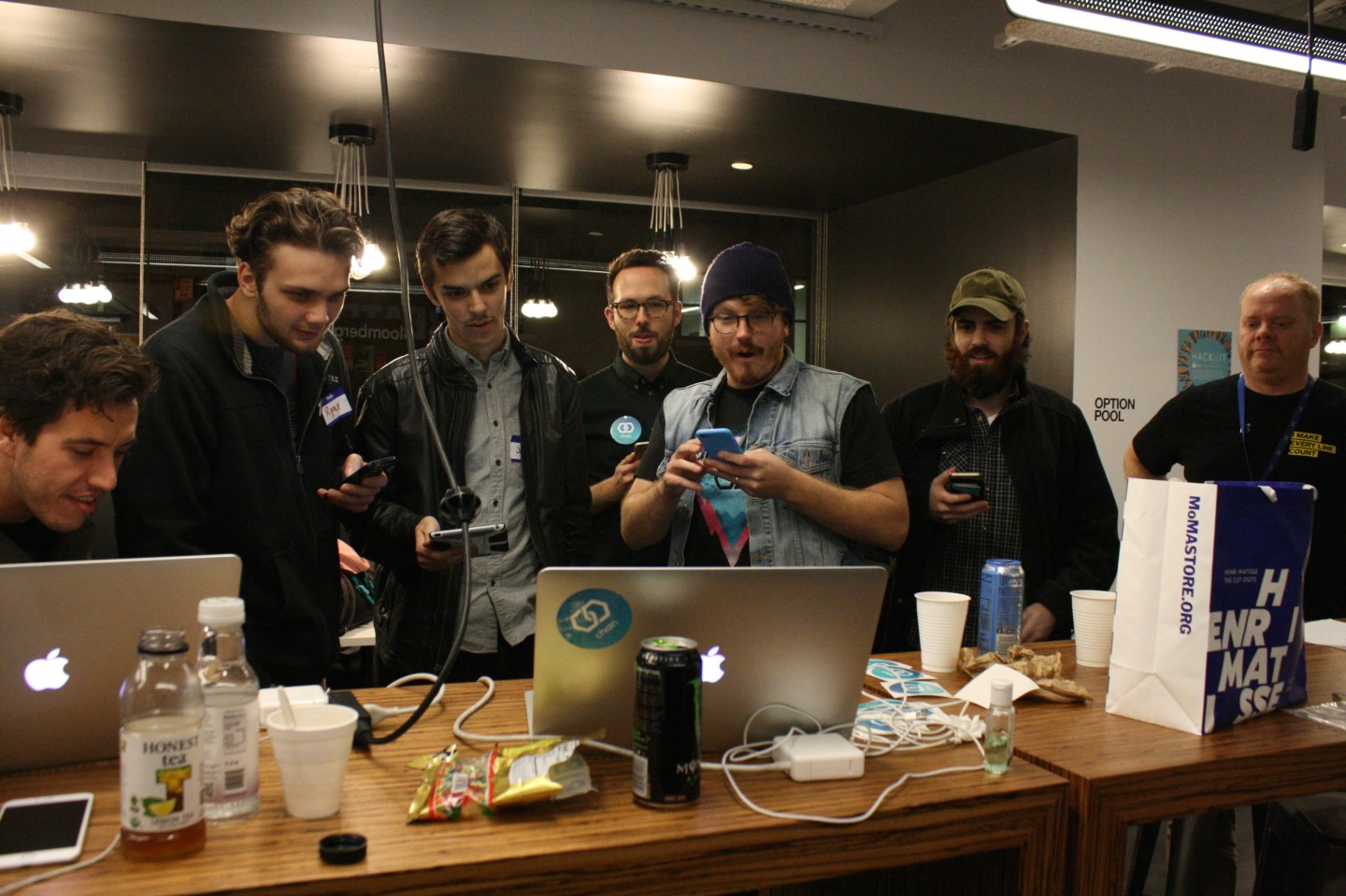 Sentiments on bitcoin, the digital currency, vary wildly at the moment. From reporters to venture capitalists to bankers to the general public, opinions run the gamut, from frenzied flag-waving, to cautious curiosity, to sneering skepticism. But you wouldn’t exactly call any of it “grief.”

And yet, the Kubler-Ross model, better known as the “five stages of grief,” (denial; anger; bargaining; depression; acceptance) is a rather apt explanation for what is happening with common perceptions of bitcoin right now.

That’s the analogy Adam Ludwin used in an interview with Fortune last December. Ludwin, CEO of the company Chain, an API that supports bitcoin applications, was asked about the public perceptions of bitcoin, and the divide between developer excitement and mainstream cluelessness. “Most of the world looked at Bitcoin in the last year and kind of scratched their heads,” said Ludwin. “We are still a good year away, in our estimation, from seeing the first production-ready instruments where you can imagine a known financial services company using this. But it’s not 10 years. And when it happens, people will be surprised by how quickly it spreads. You know, it’s like the five stages of grief—people have gone through all five, all in the last 12 months. There was total denial; followed by anger; followed by, ‘Well, we’ll just do it ourselves’ or ‘we don’t need this,’ that was the negotiating; and now they’re coming around, like, ‘Oh, maybe we should understand it.’”

The very same analogy appears in The Age of Cryptocurrency, a new book published last month by Paul Vigna and Michael Casey. “We expect you’ll go through a sort of Kubler-Ross model of cryptocurrency recognition before this book is over,” the authors write in their introduction. Their own summation of the steps toward bitcoin enlightenment? Disdain (“not even denial, but disdain”); Skepticism (“Enough stories have appeared to convince you that bitcoin is real… But the details don’t add up”); Curiosity (“Okay, it’s digital money, it may work, but what difference is that going to make to regular people?”); Crystallization (“the jaw-drop moment, the lightbulb moment”); and acceptance (“once you see this, there is no way to unsee it”).

Even New York Magazine’s Daily Intelligencer blog, in a post last March, used the “five stages of bitcoin grief” to describe how bitcoin enthusiasts were reacting to the news that bitcoin would now be subject to capital gains tax.

You could adjust the stages a little bit more and apply the model to the current media coverage of bitcoin. Call it the five stages of bitcoin understanding.

1.) Ignore. This is what most major news outlets did for a long time. Bitcoin first came around back in 2009 (but almost no one wrote about it), and it took until 2011 for some mainstream publications to begin to learn about it. But even then, most stayed far away. It was a technology on the fringes, not for serious discussion.

2.) Dismiss. Once mainstream news outlets—both newspapers and magazines—began to take even a minor interest in bitcoin, they began to write stories, but mostly with negative angles of dismissal. “Here’s a new bitcoin company or piece of bitcoin news that may be interesting, but it means nothing because bitcoin will fail, and here’s why.”

3.) Hedge. This is where most news outlets sit today, still—they’ve come to understand that bitcoin is a burgeoning technology that has interest and investment, and they are covering it a bit more often, but when they do, they are careful to hedge their bets by including the downside of, or skepticism around, any news or investment in the space.

4.) Cover. Now some publications are beginning to have dedicated reporters who, rather than writing one piece here and there, are almost exclusively covering digital currency. Most of these are business publications. And even still, the vast majority of sites covering bitcoin aren’t doing so on a daily basis, because they still aren’t convinced that it merits such close coverage. An exception, in contrast to legacy outlets, is a flood of bitcoin-only news sites: chief among them is Coindesk, but there is also CryptocoinsNews, Bitcoin Magazine, and many others.

5.) Write a book. The ultimate expression of believing that bitcoin is here to stay is to write a book on the digital currency. For the first few years of the technology’s existence, there were no books on the topic, but then came a flood. In 2014, hundreds of books were released on the topic (according to Amazon the number is a staggering 437, but that comes from a simple subject search, and likely includes many outliers). Two digital currency reporters from the Wall Street Journal wrote one. A CNBC contributor wrote one. A CNNMoney reporter wrote one. The list goes on. These are people in the media who not only have come to understand the currency, but have gone so far as to devote a book’s worth of reporting and discussion to it. (To read our interviews with some of these authors, see: “The bitcoin book boom.”)

Similarly, there is a quote (often attributed to Gandhi) that bitcoin supporters have adopted as their own, after Cameron and Tyler Winklevoss applied the phrase to bitcoin at the Bitcoin Foundation conference in May 2013: “First they ignore you, then they laugh at you, then they fight you, then you win.”